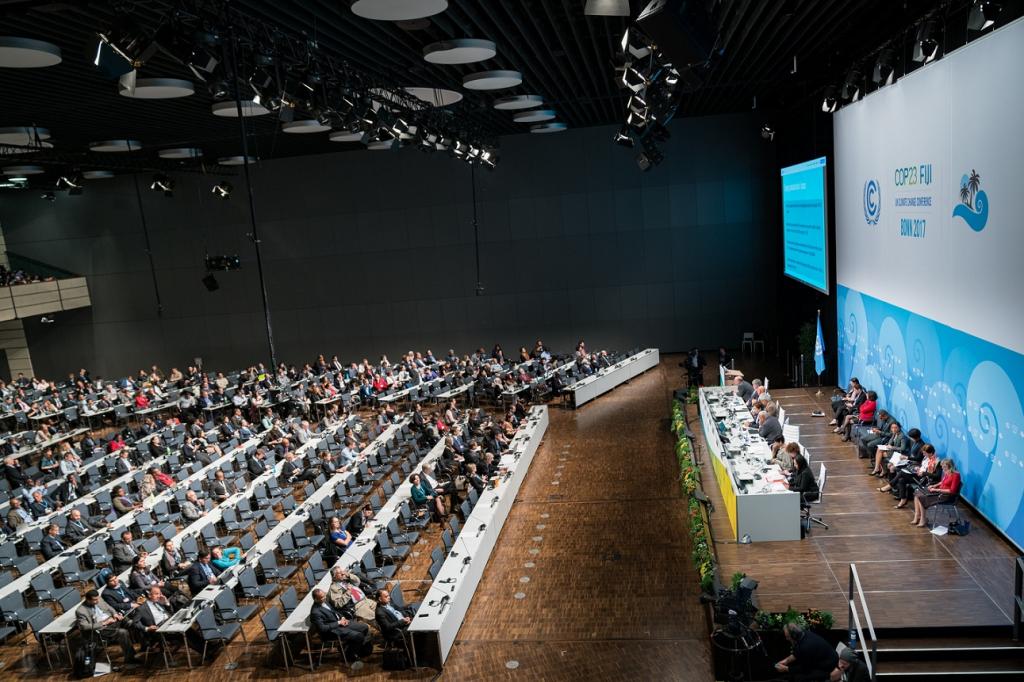 There has been no progress on finance, which is a pre-requisite to implement Paris Agreement. Credit: UNClimatechange / Flickr

The first week of negotiations saw negligible progress on critical issues such as finance, adaptation and loss and damage. An adaptation-centric draft text submitted by the G77 and China group for the evolution of a work plan on issues related to agriculture was accepted during the last session of discussions, signalling progress from the point of view of developing nations.

On technical issues such as global stocktake and enhanced transparency framework, negotiations are evolving with no real breakthrough till now. India’s efforts for aligning with other Like Minded Developing Countries (LMDC) to push for inclusion of pre-2020 actions in the COP agenda has failed even after one week of negotiations on the issue.

Further discussions are now slated to take place during the second week of COP, following which a decision on negotiations during 2018 will be arrived at. There has been no progress on finance, which is pre-requisite to implement Paris Agreement. Same has been the case with other agenda items.

India’s position on pre-2020 actions could have been strengthened by showcasing its fulfillment of its 2020 commitments. The 2020 commitments are under the Cancun Pledges (2010), under which India promised to reduce its emission intensity by 20-25 per cent against 2005 levels by 2020. Several reports suggest that India is well on way to surpass its targets.

Stressing on its success with regard to 2020 commitments would have positioned India as sincere player, making serious efforts to address climate change. It would also have placed it in a better bargaining position to demand enhanced action and efforts from other developed countries. Unfortunately, in the deliberations, India has failed to articulate its position along such lines. The result is repeating of rhetoric, which has not resulted in substantive outcomes.

India has made submission on adaptation communications, which is meant to gain clarity on assessing adaptation needs and countries’ efforts towards adaptation. The submission points need to reflect equity and support in adaptation.

While EU and China have been eager to take up the leadership role after the US announced its decision to pull out of the Paris climate pact, India has shown reluctance.