Half a billion people live in the Indo-Gangetic Plain across Pakistan, Nepal, India and Bangladesh 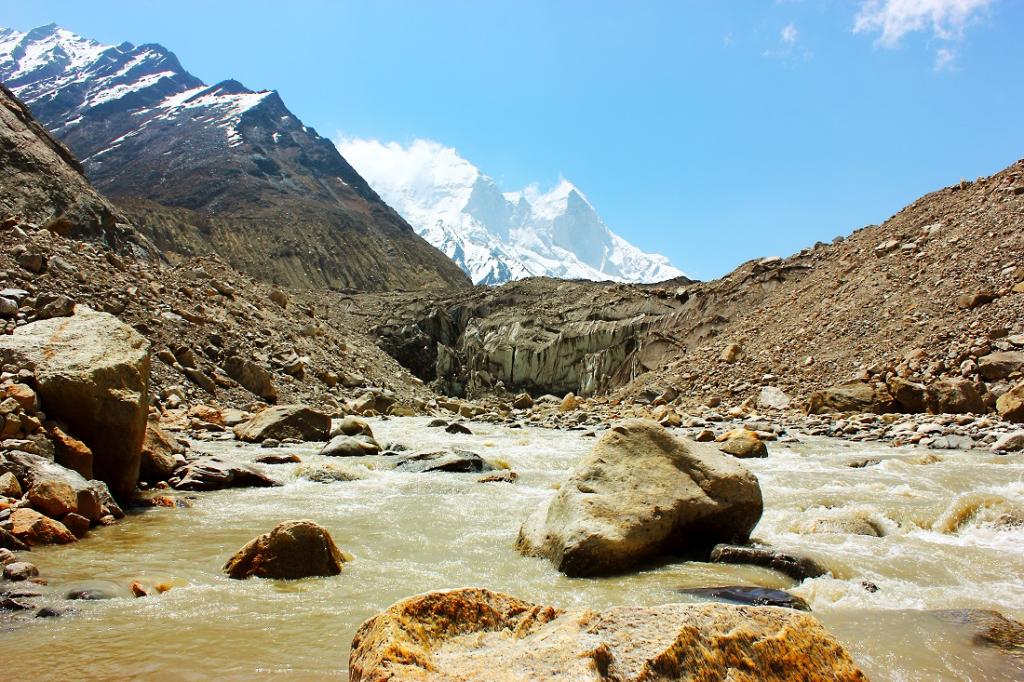 The cave of Gaumukh. The Ganga-Brahmaputra and Indus basins witnessed more water flowing in the river channels due to glacial melt even as their total water storage declined in 2021. Photo: iStock

There is more evidence of the worsening impact of global warming on the Indo-Gangetic Plain (IGP) that straddles eastern Pakistan, northern India, southern Nepal and the whole of Bangladesh. The Ganga-Brahmaputra and Indus basins that form the Plain, recorded more water flowing in the river channels due to glacial melt even as their total water storage declined in 2021, according to the World Meteorological Organization (WMO).

This will be extremely worrying news since the IGP supports nearly half a billion people across the four countries.

The WMO released its first State of Global Water Resources 2021 November 29, 2022, in order to assess the effects of climate, environmental and societal change on the Earth’s water resources, according to a statement.

“The aim of this annual stocktake is to support monitoring and management of global freshwater resources in an era of growing demand and limited supplies,” the statement added.

The report showed that large areas of the globe recorded drier-than-normal conditions in 2021, which was a year in which precipitation patterns were influenced by climate change and a La Niña event.

The area with below-average streamflow was approximately two times larger than the above-average area, in comparison to the 30-year hydrological average, according to the statement.

The report noted that:

Southern and northern China (the Amur river basin) were characterized by above-average discharge, similar to some basins in northern India.

In India, headwaters of the Ganges River were characterized by above- to much above-normal discharge.

For the year 2021, the TWS was much below and below normal on the west coast of the US, in Patagonia, North Africa and Madagascar, central and west, the central part of South America, Pakistan and northern India.

“Major Indian river basins (the Brahmaputra, Ganges and Indus), as well as other important river basins in Asia (Huang He, also known as Yellow, and Mekong), exhibit a gradual decline in TWS over the period 2002-2021,” the report said.

On a longer-term basis, the report pointed out several hotspots with a negative trend in terrestrial water storage. These include Brazil’s Rio São Francisco basin, Patagonia, the Ganga and Indus headwaters, as well as south-western US.

As for the reasons, the report said glacial melt was primarily to blame.

“Overall, the negative trends are stronger than the positive ones. Some of the hotspots are exacerbated by over-abstraction of groundwater for irrigation. The melting of snow and ice also has a significant impact in several areas including Alaska, Patagonia and the Himalayas,” it noted.