Irma and Harvey: very different storms, but both affected by climate change

This hurricane season sea temperatures have been persistently 1-2℃ above normal over the tropical Atlantic Ocean, which allowed stronger storms to develop 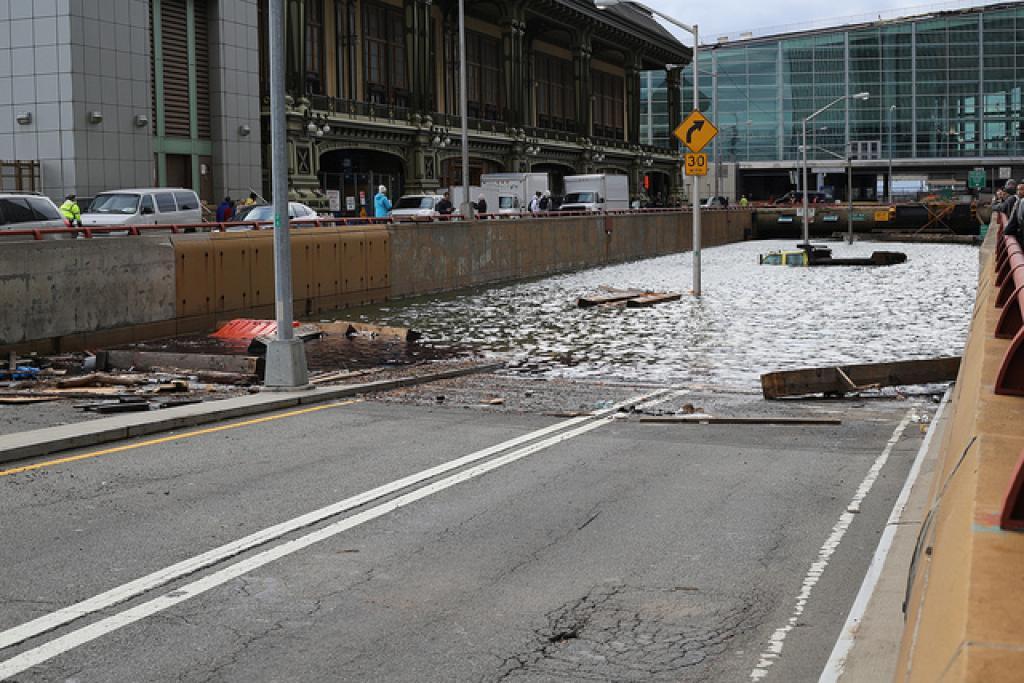 Atlantic sea temperatures warmed over the past century, thus enhancing one of the key ingredients for hurricane formation. Credit: Timothy Krause / Flickr

There has been no let up since Hurricane Harvey dumped record-breaking rains on the Houston area of Texas. Hurricane Irma lashed parts of the Caribbean and Cuba and is now heading onto the US mainland, having devastated the Florida Keys and the state’s west coast.

We also have Hurricane Jose following Irma through the Caribbean, and Hurricane Katia, now downgraded after tracking through parts of eastern Mexico.

This very active season comes after a “hurricane drought” with very few major storms making landfall on the US coast over the previous decade.

So why are we seeing so many hurricanes now? Is climate change to blame?

How to make a hurricane

There are several vital ingredients needed for hurricanes to form. These include an initial disturbance in the atmosphere for the storm to form around, very warm sea surface temperatures to sustain the storm, and a lack of vertical wind shear so the storm is not torn apart during its formation.

In the Atlantic Ocean, hurricanes often form near Cape Verde off the coast of West Africa. They then track westward towards the Caribbean and the US.

Lots of factors can affect how strong these storms ultimately become, including how much time they spend gathering strength over the ocean, and the background weather patterns through which they travel.

Sea surface temperatures are well above normal over the tropical Atlantic. The effects of Hurricane Harvey mixing up cooler waters off the Texan coast can be seen. NOAA Office of Satellite and Product Operations

This storm season we have seen sea temperatures persistently 1-2℃ above normal over the tropical Atlantic Ocean, which has allowed stronger storms to form and develop.

While we have low confidence in the effect of human-caused climate change on hurricane formation, it is clear that climate change is enhancing some of the impacts of these storms.

Hurricane Harvey hit southern Texas hard by stalling over the Houston area and dumping huge amounts of rain. Climate change might have contributed to the stalling effect, but what’s clearer is that climate change is making intense extreme rainfall events like we saw over Houston more likely. By warming the atmosphere we’re also increasing its capacity to carry moisture.

When we have the trigger for heavy rainfall, climate change makes it rain harder.

Hurricane Irma is a very different beast to Harvey. It devastated several Caribbean islands including Anguilla and the Virgin Islands when it was a Category 5 system. It then struck Cuba before re-intensifying and moving north across the Florida Keys and onto the US mainland.

Irma’s main impacts have been through the storm surge, the strong winds and the heavy rains.

Sea levels are projected to rise further over the coming century, by 50-100cm under a high greenhouse gas emissions scenario, and 20-50cm if we greatly reduce our emissions.

Paving over the Gulf Coast

Besides the climate change influence, the widespread urban development on the US Gulf Coast is exacerbating the impacts of hurricanes.

Much like the Houston area, Florida also has a growing population. This means that not only are there more people in harm’s way when a major hurricane strikes, but there is also more concrete and other impervious surfaces that allow the water to pool in low-lying areas.

Is there any good news?

While climate change and development in hurricane-prone areas are worsening the impacts of these hurricanes, there are some glimmers of good news.

Scientists’ ability to track and forecast these major systems has improved greatly. Better forecasting of hurricanes allows for earlier planning for their impacts and should improve evacuation processes.

In theory, with the right plans in place, better hurricane forecasting should reduce death tolls from events like Irma. But it doesn’t necessarily reduce the economic costs of these storms, and for both Harvey and Irma the clean-up and recovery bills will be more than A$100 billion each.

It’s clear that climate has worsened the impacts of Atlantic hurricanes and will continue to do so. Improved forecasting provides a glimmer of hope that the death tolls from future events can be reduced, even as the economic impacts increase.