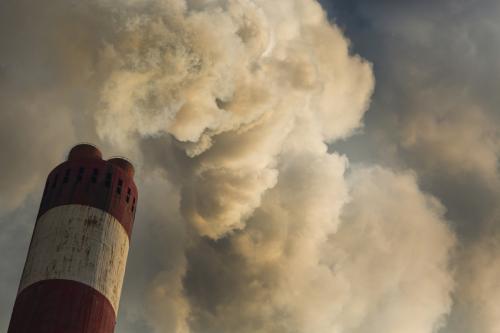 Efforts to reduce green house gas emissions could be impaired, according to leaked documents relating to a global trade deal, Trade in Services Agreement (TiSA).

TiSA is a trade agreement between European Union (EU) and 22 countries, which account for 70 per cent of world trade in services. It aims at opening up markets and improving rules in areas such as - licensing, financial services, telecoms, e-commerce and maritime transport.

The Guardian, which accessed the leaked documents, says that the new EU text would oblige signatories to work towards energy neutrality between renewable energy and fossil fuel power. Amendments proposed by the EU would exempt nuclear power from this rule.

It would also force member states to legislate against “anti-competitive conduct” and “market distortions” in energy-related services, according to the newspaper. A spokesperson from Greenpeace Netherlands, which released the leaked documents, told the media this would increase the power of multinationals to prevent governments taking desperately needed measures to decrease CO2 levels.

Most mega trade agreements, such as Trans Pacific Partnership (TPP) and Trans-Atlantic Trade and Investment Partnership (TTIP) are highly secretive and are aimed at sidestepping the global system of the World Trade Organization. TiSa is also based on the General Agreement on trade in Services of the WTO.

It is feared that deregulation- can threaten many of the objectives reached in the Paris climate agreement. “Like the TPP, TTIP and Comprehensive Economic and Trade Agreement treaties before it, TiSA promises to drive deregulation and reduce national sovereignty to support global trade,” a Greenpeace report on the leaked documents said.

Public Services International, a non-profit released a report drawing attention to the secrete nature of the deal, and a Technical Neutrality clause, which it says can inhibit governments from prioritising clean energy technology over dirty fossil fuels.

The principal of technical neutrality means that the same rules will be applied to all energy sectors. “For instance, Mexico restricts, by its constitution, foreign companies in the petroleum sector, yet they are trying to open up to foreign investment and technology in wind and solar sectors. TiSA’s approach could make Mexico apply the same rules to all energy sectors evenly, thereby keeping countries from encouraging foreign participation in one area of activity they are eager to expand (i.e., renewables) while discouraging or even prohibiting it in others (i.e., oil),” the PSI report explained.

Amid growing fears that CETA and TTIP can restrict governments’ ability to implement climate change action, and undermine democracy, 300000 people in Germany, took to the streets on Saturday, protesting against the mega deals.