The soil in Kaziranga is home to a large population of bacteria that release carbon dioxide as they breathe, adding to what trees and others emanate 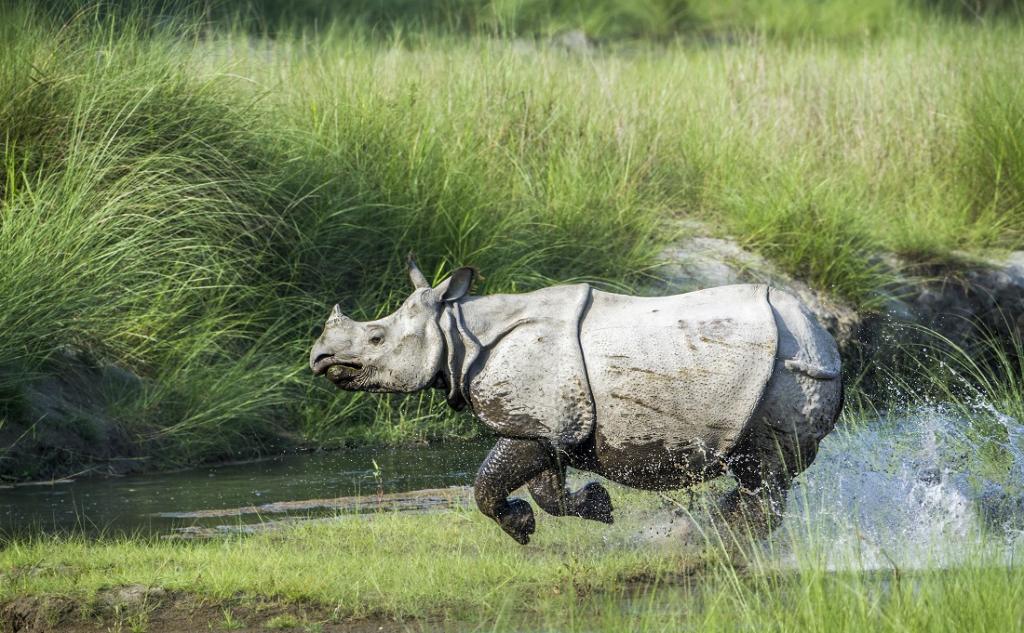 Kaziranga National Park in Assam, is home to the largest-population of One-Horned Rhinoceros in the world. Photo: iStock

Kaziranga National Park in Assam, home to the largest-population of the one-horned rhinoceros in the world, is releasing more carbon than it is absorbing. This is according to latest research conducted by a group of scientists from the Indian Institute of Tropical Meteorology, Pune, Maharashtra and Tezpur University in Tezpur, Assam.

Usually, forests absorb more carbon than they release, which makes them carbon sinks and they are globally promoted to counter the carbon dioxide emissions from different human activities.

The main process by which a forest absorbs carbon is the process of photosynthesis that trees use to produce food for themselves and for other organisms in the forest.

The research published in the journal Agricultural and Forest Meteorology February 9, 2022, showed that as the planet warms further, the ability of the Kaziranga National Park to absorb carbon would further decrease.

This is mainly due to decreasing rainfall in the region, which has already been observed in the last few decades.

The answer to why Kaziranga National Park releases more carbon than it absorbs lies in the unique soil of the deciduous forest. The soil is home to a large population of bacteria that release carbon dioxide as they breathe, which adds to the carbon dioxide being emanated by other organisms, including trees.

The researchers had set up a meteorological tower inside the national park in 2015 to conduct the study. It was equipped with various sensors and instruments to monitor carbon dioxide levels, water vapour concentrations, wind speeds and directions. This was done under the MetFlux India project sponsored by the Union Ministry of Earth Sciences.

All the information from the various sensors helped the scientists analyse how much carbon dioxide the trees in the forest were able to absorb or release during various seasons of an year using a technique known as Eddy Covariance Measurement.

A similar analysis of the teak forests in Madhya Pradesh by the National Remote Sensing Centre in Hyderabad, Telangana, showed that the forest acted as a carbon sink, showing the uniqueness of the Kaziranga National Park eco system.

The group found that Kaziranga absorbed the most amount of carbon dioxide during the pre-monsoon season of March, April and May.

The photosynthetic activity of trees during the monsoon decreases due to increased cloud cover. Hence, the ability of the forest to absorb carbon dioxide also decreases. The situation remains the same during the post-monsoon and winter months, making the forest a net carbon emitter.

Another interesting observation made by the scientists regarding many places in North East India, was the existence of more number of heavier isotopes in the water being released by the trees, through a process known as transpiration.

This transpired water also causes rainfall locally. Isotopes of an element, in this case hydrogen and oxygen, have the same atomic number but with different atomic mass. The results of this study were published in the journal npj Climate and Atmospheric Science.

The scientists analysed the isotopes in the transpired water and observed a strong link between the water and carbon cycles of the forest. They also witnessed a decreasing trend in the rainfall coming from the transpired water in the pre-monsoon months which are responsible for the highest carbon absorption.

This led them to conclude that global warming would further reduce the capacity of the forests in the region to absorb carbon.