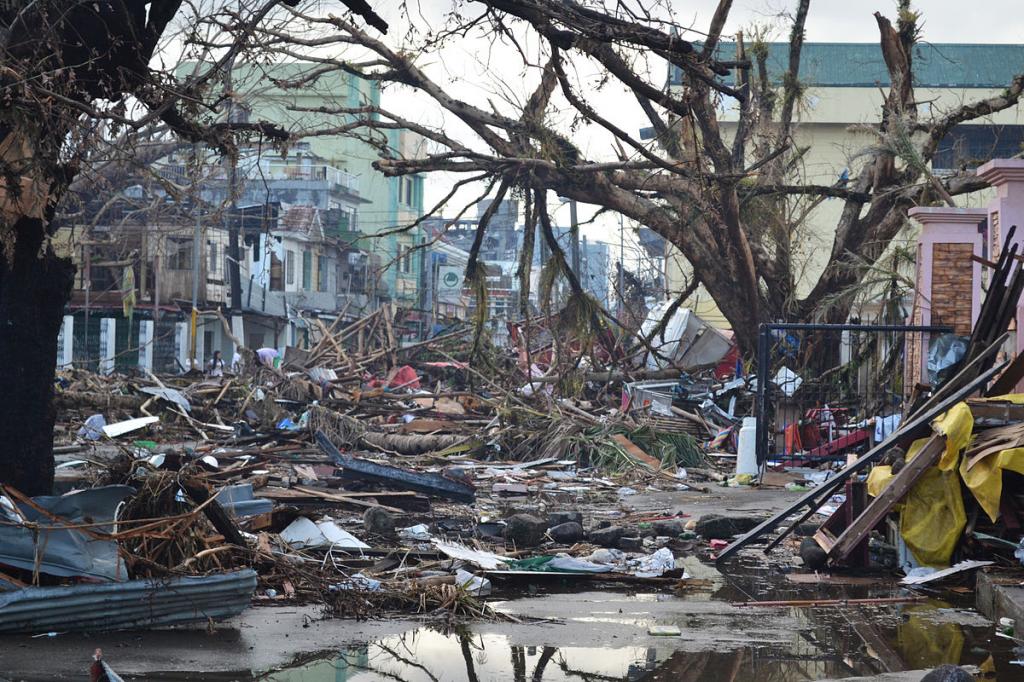 Typhoon Haiyan or super typhoon Yolanda killed more than 6,000 people when it struck the Philippines in November 2013 (Photo credit: Trocaire, CC BY 2.0, via Wikimedia Commons)

The Commission on Human Rights of the Philippines (CHR) has sent a notice to 47 major oil, coal, cement and mining companies for allegedly causing climate change with their greenhouse gas emissions and violating the human rights of the people of the Philippines. The companies include Shell, BP, Chevron, BHP Billiton and Anglo American.

In a 60-page document addressed to the Commission, the petitioners have asked it to investigate the role of investor-owned carbon majors in causing climate change and ocean acidification which have affected the lives of people in the Philippines and interfered in their enjoyment of their fundamental rights. The petition also asks the Commission to request carbon majors to give details of how they plan to eliminate, remedy or prevent violation of their human rights due to climate change.

The Commission has given these 47 companies 45 days to respond to the notice. The investigation is expected to begin in October. While the CHR is not a court and cannot force companies to reduce emissions or pay fines, it can make recommendations to the government.

The Philippines has suffered many weather-related disasters between 2000 and 2008. These disasters accounted for 98 per cent of all people affected and 78 per cent of all the people who died, according to the World Bank. The petition also cites World Bank data to state that annually the country has to spend 0.5 per cent of its GDP on natural disasters. Human-induced climate change is now seen as a possible factor behind super typhoons like Yolanda and other extreme weather events.

The first case of climate liability against corporations and governments was reported in the Netherlands last year when a court ordered the Dutch government to reduce emissions by 25 per cent within five years to protect its citizens from climate change.