Local govts must be empowered to act against desertification: Developing nations

Lack of power devolution between state and local governments exacerbates the problem of degradation, say experts 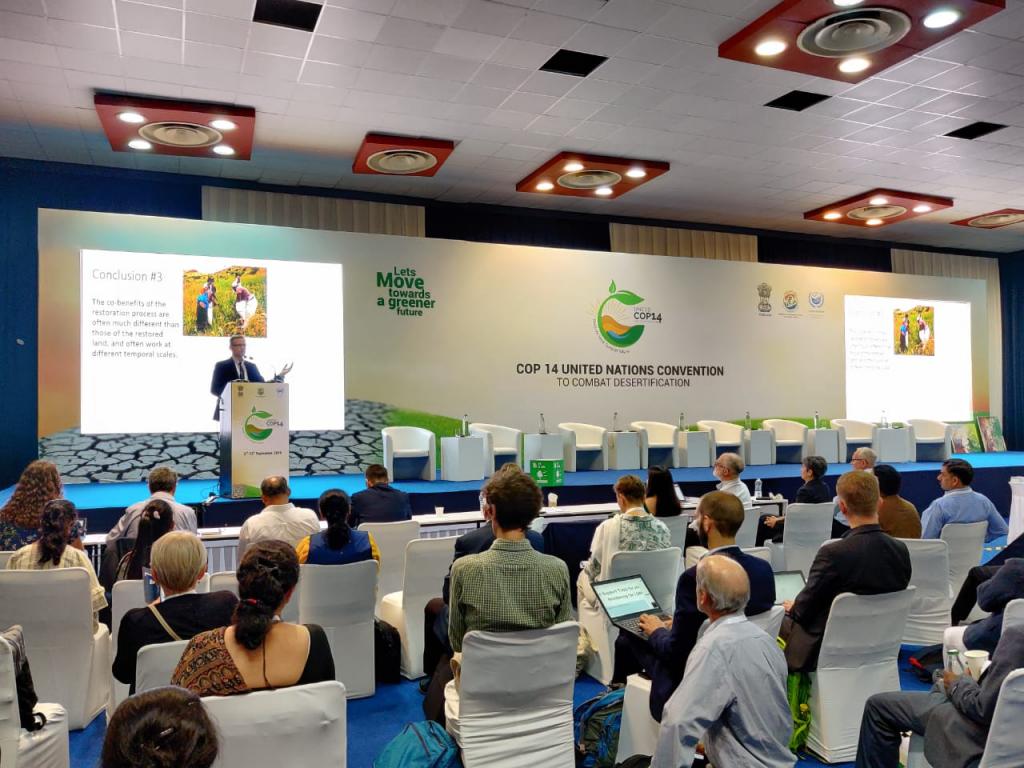 The 14th Conference of Parties (COP) of the United Nations Convention to Combat Desertification (UNCCD) is being held in Greater Noida. Photo: UNCCDCOP14INDIA/Twitter

Urban local governance should be empowered to take decisions that help fight the challenges posed by desertification, agreed representatives from developing nations at the ongoing 14th Conference of Parties (COP) of the United Nations Convention to Combat Desertification (UNCCD).

Cities are growing but in crisis, concluded an inter-governmental body of urban local representatives. This will be discussed in an inter-ministerial closed door meeting on September 9, 2019. There is lack of clear cut power devolution between state and local governments which exacerbates the problem of degradation, said experts.

“In India, a mayor is like the President of India as he/she has enormous powers on paper, but practically nothing,” said a senior Indian government official who participated in the discussion.

“In the smart cities programme, elected municipal governance is being replaced with CEOs. This will further take away powers from the community,” added the official.

“Cities of developing country are aping the western model which puts them at risk of losing land resources without creating any concrete fundamental structures for communities,” Ahmad Aziz Diallo, mayor of Dori, Burkina Faso, told Down To Earth.

“The western cities do not require school, hospitals and other community service infrastructures since they already achieved these many decades ago. We need such infrastructures to sustain our growing population,” he added.

The populations of cities are growing fast across the globe. The share of the global population expected to live in cities is also projected to grow by around 2.5 billion people by 2050.

The relationship between urban and rural areas is getting more complex. Currently, it is estimated that about 200,000 people migrate from rural areas to cities in all around the world every day.

About 60 million people could move from degraded areas of Sub-Saharan African countries to North Africa and Europe by 2020 alone, according to a 2014 UNCCD report. This unabated migration from rural to urban areas indicates crisis.

ICLEI is a global network of cities, towns and regions committed to building a sustainable future.

There’s a requirement for a clear mandate for local and regional governments to safeguard and prioritise actions aimed at reversing existential environmental threats such as land degradation in rural areas, said Ibrahim Thiaw, executive secretary, UNCCD.