Last reported locust swarm in Bengal in 1965, says an expert 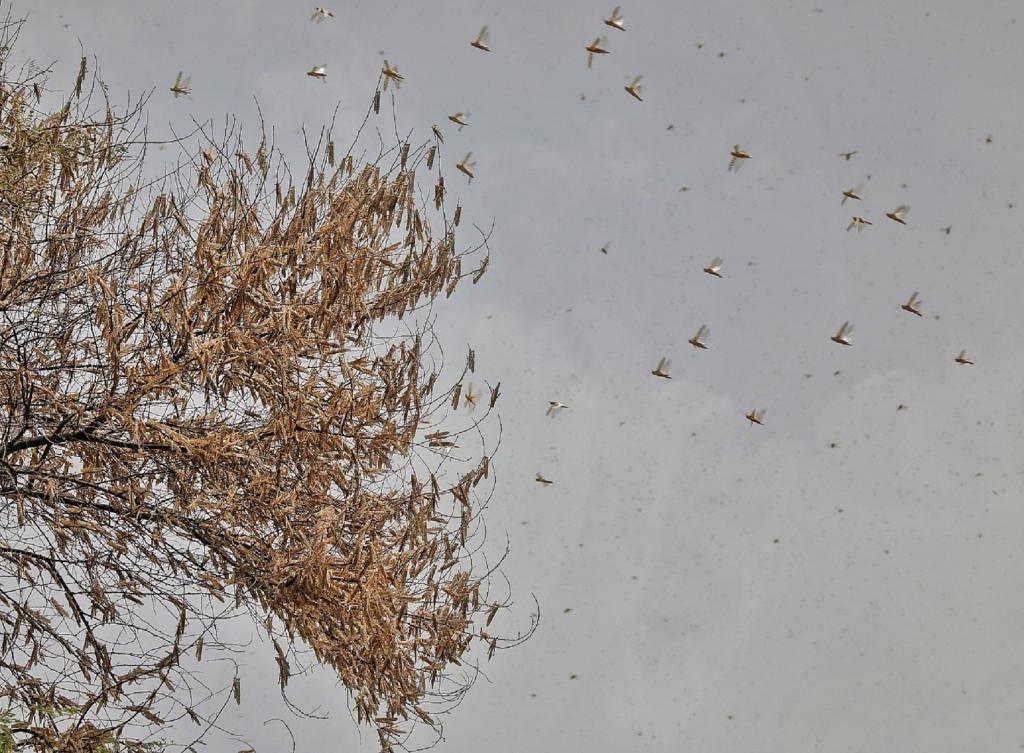 After locust swarms hit Rajasthan, Madhya Pradesh and Uttar Pradesh, concerns were raised over the pests making their way to other states, including West Bengal. Some media reports claimed locusts may enter Bengal — already dealing with the aftermath of Cyclone Amphan and the threat of the novel coronavirus disease (COVID-19) — in a few weeks.

Government officials and experts, however, said there was little chance of locust swarms entering the state, adding that farmers and the agriculture sector should not worry.

They said the movement of the locusts was being observed and adequate preparations will be made to deal with the possibility of locust swarms entering the state.

The last reported locust swarm in West Bengal was in 1965, according to Dinendra Raychaudhuri, honorary professor at the Department of Agriculture and Biotechnology at the Faculty Centre for Integrated Rural Development and Management in Ramakrishna Mission Vivekananda Educational and Research Institute.

Since then, there were no reported locust swarms, he said, adding, however unlikely, it was not impossible for them to make the journey to Bengal. Raychaudhuri cited the example of a giant mini bug swarming in Bangladesh from the Democratic Republic of the Congo in 2014.

Locusts are tropical species, something that does not make it abnormal for them to come to Bengal, Raychaudhuri said. They also look for sand soil when they oviposit (lay eggs), something that may prevent them from entering the state.

Raychaudhuri said locusts attack crop fields because the yellowish color pattern or gross silhouette of standing crops attract them. This also gives a clue to what Asish Banerjee, the state’s agriculture minister, told Down To Earth:

There is no food grain right now on agricultural fields, so chances of them (locusts) entering Bengal are rare. But we are regularly organising meetings with the district-level agricultural administration and asking farmers to remain alert.

Spraying pesticide through drones or helicopters was discussed as one such mechanism. Raychaudhuri, however, felt West Bengal’s infrastructure may not be sufficient to carry through with this.

It is also doubtful how spraying pesticide will help once locusts make their way into the state, according to him. Locusts usually take a month to complete their lifecycle, so keeping an eye on the coming month becomes important, he added.

The pests are usually dependent on air flow, said Amitava Aich, senior consultant for science and environment at the South Asian Forum for Environment.

Air flows — beginning from west Africa — continue through west Asia, Sumatra and Java. Locusts breed twice and for that they need a summer breeding ground. One of the regions where the locusts reside — the Horn of Africa — has faced rain for the past four to five years.

They usually live in desert-like conditions, which is why when the Horn of Africa received rainfall, they moved to warmer weather. This is why locust swarms reached India in the past few years.

The maximum distance locusts can travel is till Odisha, according to Aich. Their chances of reaching Bengal, however, are next to none, he added. The locusts would return to the western part of the country, following the reverse air flow and then subsequently leave the country, he said.

The extraordinary number of locusts this time was due to climate change, with their population increasing manifold.

Humid heat, that is high temperature coupled with humidity, helped them breed more. Aich said though locusts were more in number, they were not concentrated in one large area, making it easier for surveillance.

Their movement is restricted when they breed as well. It is thus necessary to keep a track on their movements for the next one to two months.

West Bengal is, so far, not at risk of locust swarms, said Jitendra Roy, joint secretary and nodal officer for the state’s agriculture department.

“As they come in lakhs, it is not practically possible to control them by spraying pesticide beforehand. The only solution can be destroying their eggs,” Roy said. “We are not taking any precautions right now since their entry into Bengal is just a rumour at this point. We will take steps if necessary,” he added.