Looking back in 2020: The world in grip of extreme weather events

Cyclones, rainfall, floods and droughts, climate-induced migration: The world witnessed it all in 2020 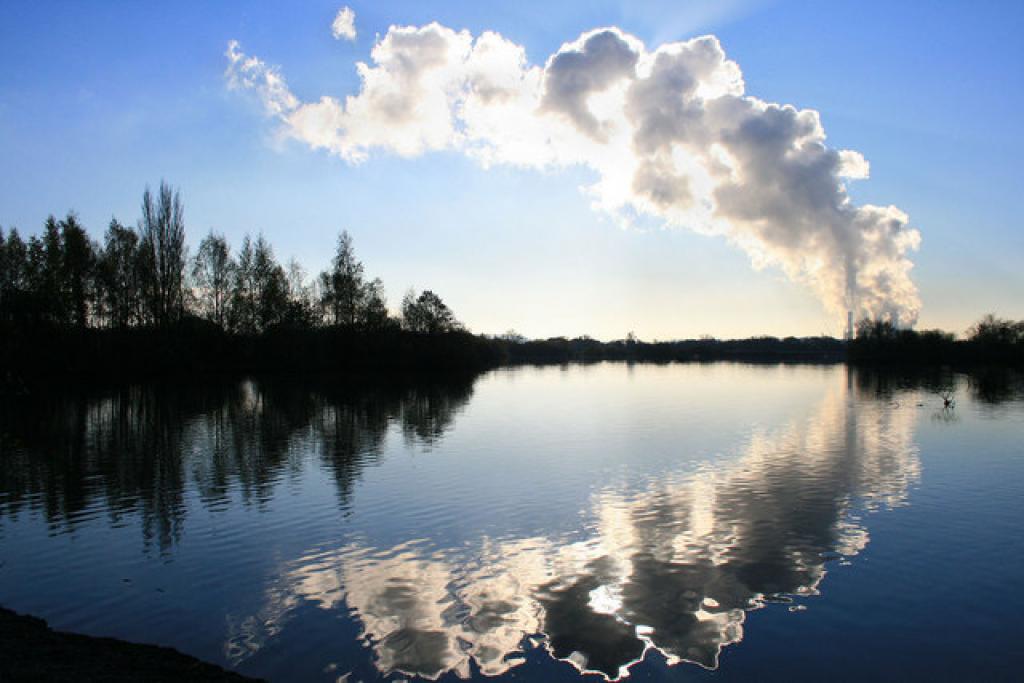 This is the second in a 2-part series on impact of climate change on the world in 2020. Read the first part here.

The novel coronavirus disease (COVID-19) pandemic heavily dominated the year 2020. Climate crisis continued to play out at the same time; 2020 may end up as the third-warmest year on record; the planet was warmer by 1.2 degrees Celsius from January to October than the pre-industrial average measured between 1850 and 1900; and cyclones, floods and wildfires caused large-scale devastation.

Extreme weather events such as tropical cyclones, floods, heavy rainfall and droughts — well-known and expensive consequences of global warming — impacted many parts of the world. The most dramatic was the record-breaking Atlantic Hurricane Season that concluded on November 30.

The season witnessed 30 named storms from June 1 to November 30, which is the highest ever recorded. The storms also formed much earlier in the year than they usually do, breaking records for the earliest storms in recorded history. A record number of these storms also made landfall along the United States coast.

The sheer number meant that they were fairly regular and at one time in August, even created a scare of the formation of a mega hurricane when storms Marco and Laura formed in quick succession in the Gulf Mexico.

In September, another rare event occurred in the Atlantic Ocean when a five-storm system — hurricanes, storms and depressions — were brewing in the ocean at the same time for only the second time on record.

A strong hurricane did form at the very end of the season when hurricane Iota reached almost category 5 with wind speeds of greater than 250 kilometre per hour on November 16. The storm made landfall along the Nicaragua coast on November 16 and brought heavy rainfall and flooding in the country and its neighbours in Central America.

This was just a couple of weeks after another category 4 hurricane Eta had made landfall just 24 km from the landfall point of Iota. Another feature of the storms and hurricanes all around the world was their rapid intensification, which usually happens over warmer than usual sea waters.

The wind speeds of hurricane Iota increased from 137 km/hr to 250 km/hr in 24 hours; this qualified  as rapid intensification. It was the third storm since September to gain wind speeds of 164 km/hr in 36 hours, according to Sam Lillo, a researcher at the National Oceanic and Atmospheric Administration (NOAA) of the United States. He added that before 2020, only eight storms had undergone such rapid intensification.

Among the 30 storms in the Atlantic Ocean this season, 10 showed signs of rapid intensification. Another storm which grew to humongous proportions fast was super Typhoon Goni in the western Pacific Ocean. It gained wind speeds of 233 km / hr in 54 hours.

It peaked at a wind speed of 315 km / hr, making it the strongest tropical cyclone (hurricanes, typhoons and cyclones) of 2020. It crashed into the Philippines, devastating the island country.

Many storms and cyclones also affected other Asian countries, such as cyclones Amphan, Nisarga, Nivar and Burevi in India and African countries, and cyclone Gati in Somalia which brought two years’ worth of rains in two days.

Apart from the storms, heavy rainfall and flooding in several parts of Asia and Africa led to loss of human lives, property and livelihoods.

The most affected were the Sahel and Greater Horn regions of Africa and China, India, Korea and Japan regions of Asia. South America, on the other hand, experienced severe droughts with northern Argentina, Paraguay and western areas of Brazil being some of the worst affected.

Brazil alone recorded agricultural losses of $3 billion. The heat and dry conditions led to a series of never-seen-before wildfires in many parts of the world, the most prominent being the bushfires in Australia, the forest fires of the Amazon rainforest and the ever raging California fires.

The WMO State of the Global Climate report stated that “climate and weather events have triggered significant population movements and have severely affected vulnerable people on the move, including in the Pacific region and Central America”. Climate-induced human migration is one of the least understood impacts of anthropogenic climate change.

Human migration due to changing climate happens primarily in middle-income and agricultural-dependent countries, according to a study published in Nature Climate Change September 14.

The impacts of climate change that prompted migration were mainly changes in temperature, rainfall variability and rapid onset events such as storms, cyclones and floods, the study added.

The research paper was published by a group of scientists from the Potsdam Institute for Climate Impact Research (PIK) in Germany, International Institute for Applied Systems Analysis (IIASA) in Austria, the Vienna Institute of Demography of the Austrian Academy of Sciences in Austria and the Vienna University of Economics and Business in Austria.

“Environmental factors can drive migration, but the size of the effects depends on the particular economic and sociopolitical conditions in the countries,” said Roman Hoffmann, lead author of the study and a scientist at PIK and the Vienna Institute of Demography of the Austrian Academy of Sciences.