Although climate change threatens the world's small island nations, many can adapt and preserve their homes and cultures – especially if wealthy countries cut emissions and provide support 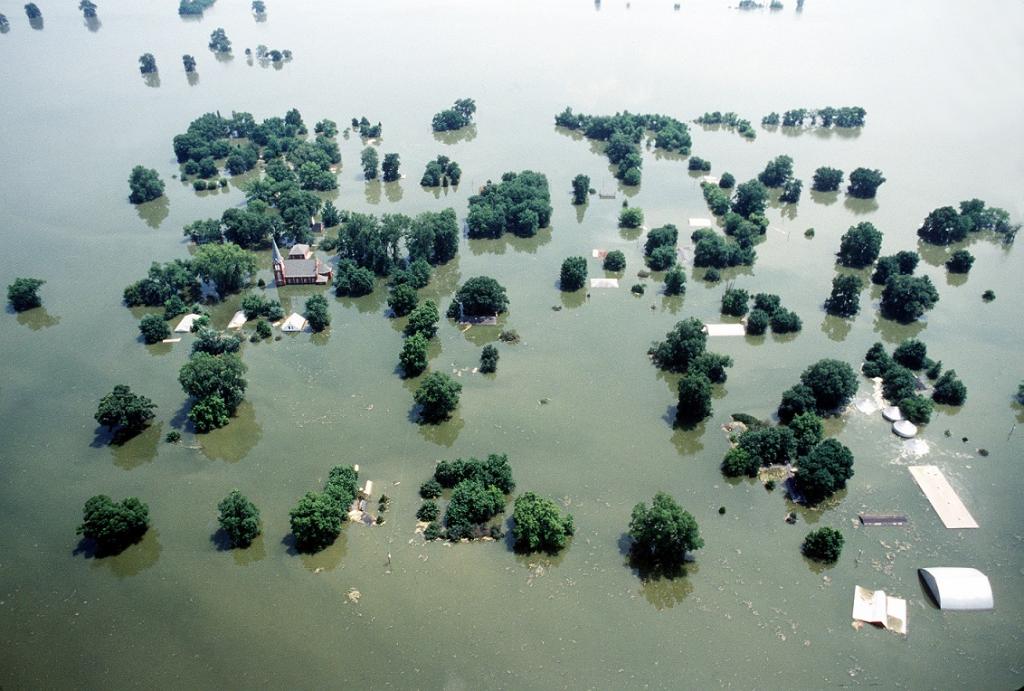 Many communities already feel the need to relocate away from flood-prone areas of their islands, which is a socially and economically disruptive process. Credit: Wikimedia Commons

Island nations are on the front lines of global climate change. Heavy rainfall and rising sea levels are eroding shorelines and causing flooding. Warming and increasingly acidic oceans are damaging coral reefs that support fisheries and attract tourists. Some island communities are already moving or making plans to relocate.

Fiji, a chain of 300 islands in the South Pacific, currently is chairing the meeting of the Conference of Parties of the U.N. Climate Change Convention in Bonn, Germany. Frank Bainimarama, the prime minister of Fiji and president of COP-23, has called on all nations to take climate action because “we are all vulnerable to climate change and we all need to act.”

Fiji’s leading role in Bonn presents an opportunity for island nations to raise their voices. Islanders know that sea level rise could completely eliminate their homelands. Their concerns, symbolized by the Fijian canoe on display at the Bonn conference center, have been a legitimate and powerful force in international climate change negotiations.

But it would be a mistake to assume that their only option is to abandon their islands now or at some future point. Many of these countries are taking steps today to adapt to climate change impacts. If the international community can agree on ways to limit greenhouse gas emissions and aggressively pursue local adaptation, it may be possible to preserve many island nations and cultures.

We all participate in an initiative hosted at the University of Notre Dame’s Global Adaptation Initiative that works to measure individual nations’ vulnerability to climate change. This index is designed to help governments, businesses and communities prioritize investments for a more efficient response to immediate global challenges, such as food security.

The index combines information on future impacts of climate change, such as changes in a country’s crop yields; sensitivity to climate hazards, such as that nation’s dependence on agriculture; and its capacity to cope with the impacts of climate change through steps such as increasing protected ecosystem areas. The first two measures describe a country’s risk, while the third indicates its ability to reduce that risk.

The index shows that not all island nations are equally vulnerable or prepared to deal with impacts of climate change. Among Pacific Island nations, Papua New Guinea is the most vulnerable – on a par with countries in sub-Saharan Africa. Fiji, on the other hand, is less vulnerable to change and more prepared to invest in adaptive measures. Some nations, such as the Republic of Maldives, Kiribati and Tuvalu, are considering international migration as an option for adapting.

Many island nations are taking steps to reduce their climate risk. For example, Fiji is working to expand its economy by investing in public infrastructure, adjusting taxes and reorienting away from agriculture toward services and tourism to generate capital for investments in climate adaptation. Palau is expanding its network of marine protected areas to reduce stresses on its reefs and fisheries. And Tonga is slowly decreasing its economic reliance on climate-sensitive sectors such as agriculture.

Moving out of vulnerable zones

Development agencies, such as the U.S. Agency for International Development and the World Bank, are prepared to fund projects to help island states adapt to climate change, using both hard solutions, such as sea walls and levees, and softer solutions, such as replanting coastal mangroves or installing early warning systems in case of floods. But many communities are already finding that they need to relocate away from flood-prone areas of their islands, which is a socially and economically disruptive process.

In Fiji, for example, coastal communities are threatened by extreme storms and rising sea levels that cause flooding, especially at high tide. The government has established a Climate Change Mitigation Fund with its own resources to help relocate villages that wish to move. The village of Vunidogolo was the first to move in January 2014, settling on a site on their traditional land one mile inland. Villagers were even able to move their cemetery so that their ancestors were not abandoned.

Hundreds of other Fijian villages are at risk. About 40 were planning similar moves when Cyclone Winston struck Fiji in February 2016. The storm caused extensive damage: Recovery costs are estimated at US$1 billion, which represents about 20 percent of Fiji’s gross domestic product. Assistance for recovering and “building back better” has flowed into Fiji, and more villages now are considering relocating.

The Fijian government is taking a proactive approach to financing climate-related needs. In October 2017 Fiji became the first emerging nation to issue a sovereign green bond, raising $50 million to fund climate change mitigation and adaptation actions. Proceeds from green bonds are exclusively applied to projects that have clear environmental benefits and promote low-carbon, climate-resilient growth. They are attractive to investors seeking socially responsible portfolios, such as pension funds. Some of the proceeds from these bonds will be used to create more resilient village societies.

Moving to new locations off-island is not an easy solution for many islanders. Those who move will need income sources and social contacts in their new locations. And some moves may actually put migrants at greater climate risk – for example, moving to urban areas in coastal regions that are exposed to flooding.

New Zealand leaders are considering creating a new visa for people migrating from areas affected by climate change. While this is a positive step, the first priority for funding agencies should be to support local adaptation within island nations.

For example, one recent study found that while the shapes of low-lying atolls may shift under the force of waves and tides, these islands will not necessarily erode as long as they retain enough sediment. But human activities such as sand mining, sea wall construction and land reclamation amplify shoreline losses. Reducing these impacts is essential for island states seeking to adapt to climate change. Funding agencies can support those efforts.

Pacific Islanders have lived on atolls for at least 2,000 years, and have adapted to life there in spite of isolated conditions and limited resources. By pursuing climate adaptation strategies that build on their accumulated knowledge, and driving development that is economically and environmentally sustainable, they can minimize the number of communities that may have to move to other shores.