Marrakech climate talks produced defiance towards Trump, but little else

The latest climate summit generated more questions than answers, particularly on how to handle a Trump-led United States 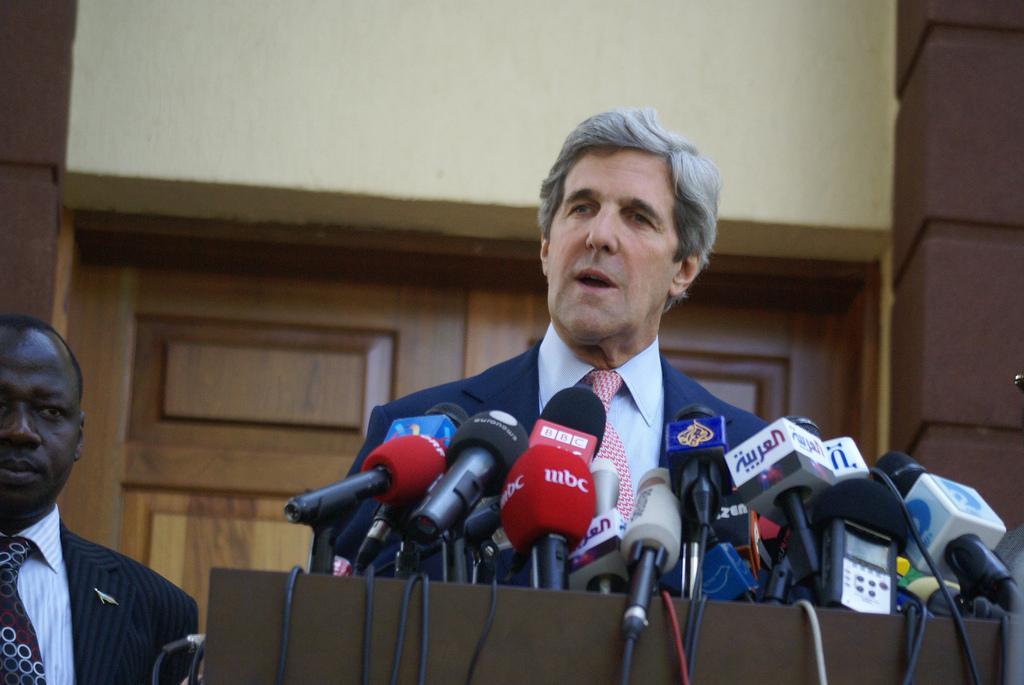 Kerry had harped on the fact that the US itself suffers from heavy climate-related disasters. Credit: Al Jazeera/ Flicker

In many ways, the Marrakech climate summit was entirely ordinary. As is usually the case, the first week was spent drowning in technical detail while most of the second was dedicated to photo opportunities and political speeches. And as always the negotiations ran over time, finishing early on Saturday morning.

But while this latest “Conference of the Parties” (COP) was intended to be an “action COP”, aimed at getting down to the business of implementing the Paris Climate Agreement reached last year, it will mainly be remembered as the “Trump COP”. It was a summit held under the spectre of renewed US climate recalcitrance in the wake of the surprise election result, which dropped like a bombshell on the summit’s third day.

The main topic of debate in the first week was the creation of a “Paris Rulebook”, set to be finalised by the end of 2018. The Paris Agreement sets up a loose skeleton for a pledge-and-review system of deepening emissions-reduction targets over the coming decades. Marrakech was intended to be one of the main political moments to put some flesh on the bare bones of this framework.

Such details included establishing the target years for future pledges, how to ensure transparency in action, and how the collective review of pledges (the “global stocktake”) would be conducted.

The going was slow and the outcomes procedural. On many issues, countries have got no further than agreeing on what questions need answering. The answers will have to wait for next November’s climate summit in Bonn.

Moreover, the schism between developed and developing countries over their respective responsibility for the climate problem began to reappear after being largely buried in Paris.

The meeting agreed that 2017 will mark the start of a five-year plan to address “Loss and Damage”, a broad category that includes both sudden and chronic climate impacts. But the tricky question of whether to continue with the Kyoto Protocol’s Adaptation Fund – created in 2001 to help developing countries deal with climate adaptation costs – was also kicked down the road for future discussions.

Yet despite the slow progress of the central negotiations, Marrakech also produced plenty of promises of future action. Australia was among 11 countries that ratified the Paris Agreement during the summit, bringing the total to 111 since the treaty opened for signatures in April. The fact that countries continued to ratify even after Donald Trump won the keys to the White House was seen as a hopeful sign of resistance against his promise to unravel the Paris treaty.

During the summit’s closing days, 47 of the world’s poorest and most climatically vulnerable countries pledged to shift to 100% renewable energy as soon as possible.

Many richer and more powerful countries showed ambition too. Germany and Brazil were among 22 countries – plus 15 cities and 196 businesses – that committed to the “2050 pathways platform”, which involves developing strategies to become largely carbon-neutral by mid-century.

The United States signed up to the platform too, unveiling a plan to cut greenhouse emissions by at least 80%, relative to 2005 levels, by 2050. Unfortunately, this is unlikely to become official US government policy any time in at least the next four years.

There was also the release of the “Marrakech Action Proclamation”, an ambitious if vague one-pager pushed by the Moroccan government. The proclamation reaffirms numerous existing agreements and commits to the “full implementation” of the Paris Agreement and “to bring together the whole international community”.

Two common threads unite these various initiatives. First, while all are ambitious, they all also lack legal substance and specifics. They are political promises made in a time of tumult.

Second, they have a clear subtext: a note of defiance in the face of the potential threat that President-elect Trump poses to the Paris Agreement.

Before November 9, the negotiations seemed largely unperturbed by the external world, secure in the prospect of a Hillary Clinton victory.

The election result’s impact was stark. Young activists wept and rallied; civil society held emergency strategy sessions. Many of the negotiations continued unabated, but unease was expressed behind the scenes.

Some delegations used the US election outcome for more sinister purposes. Saudi Arabia was reported to have told some delegations that Paris was dead under President-elect Trump, and that negotiations should instead turn back towards the original UN climate convention first agreed in 1992.

Behind closed doors, ministers doubtless discussed how to handle the incipient Trump presidency. The (now defeated) French presidential candidate Nicholas Sarkozy threatened to put a carbon tax on US imports if Trump withdraws from the Paris Agreement.

Just one day after the election, Venezuela publicly asked a US negotiator whether Trump would cause a “second Kyoto” – a reference to the disruption caused by former president George W. Bush’s refusal to ratify the earlier treaty. The response was coy, noting that no one knows what Trump will actually do.

Almost every side event had at least one Trump-related question that sent silent shudders through the room. France’s current president, François Hollande, warned Trump that the Paris Agreement is “irreversible”.

On the final day, the incoming presidency of Fiji (which will host the next climate summit in Bonn rather than at home) pleaded with Trump and invited him to visit the island nation to see the effects of climate change at first hand.

But there was little beyond the bluster. These were all emotive moments that drew applause, but ultimately were toothless speeches that neither Trump nor his transition team is likely to hear or heed.

Unfortunately, the official negotiations did not make the time to discuss how to address a renegade United States. This has been justified as a “wait and see” approach, but it looks more like a rabbit stuck in the headlights.

The negotiators in Marrakech spent so much time discussing future processes, yet could not summon the courage and foresight to confront a potentially existential threat head-on. A cynic would say that is fitting and symbolic of the climate negotiations to date.