May 2021 was the sixth-warmest May on record, says NOAA

2021 could be among the top 10 hottest years on record, says report 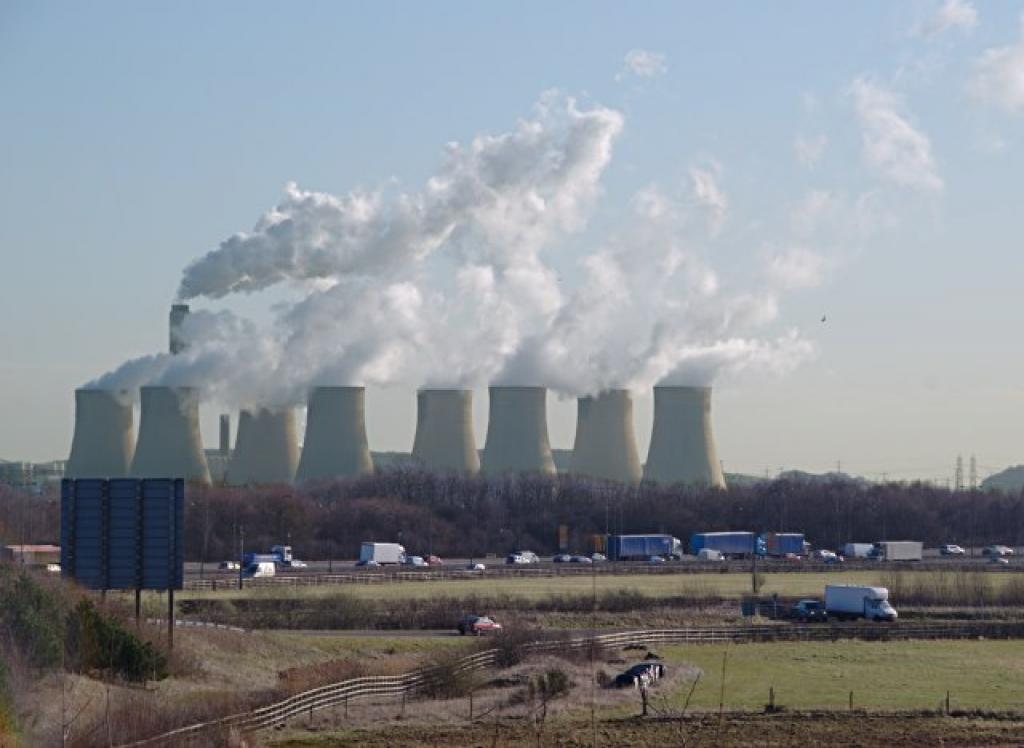 The upward trend of warming is global and unambiguous: May 2021 has tied with 2018 as the world’s sixth-warmest May on record, according to National Oceanic and Atmospheric Administration’s (NOAA).

The average global temperature in May 2021 was 1.46 degrees Fahrenheit (0.81 degrees Celsius) above the 20th-century average, according to the report by scientists at NOAA’s National Centers for Environmental Information.

The United States National Aeronautics and Space Administration rated May 2021 the seventh-warmest May on record.

The average global temperature for March through May was 1.48 degrees F (0.82 degree Celsius) above average. It was the eighth-warmest such season for the world on record.

Similarly, January through May was the Earth’s eighth-warmest such period on record.

The calculations by the NOAA said 2021 had less than 1 per cent chance of being the warmest year on record. It may land among the top 10 warmest years on record.

More than 90 per cent of the year is likely to fall in the range of sixth- to seventh-warmest on record, it said.

Going by the regions, Asia had its second-warmest May on record behind May 2020; Africa had its sixth-warmest. Europe and North America experienced their coolest May since 2004 and 2011 respectively, the report noted. 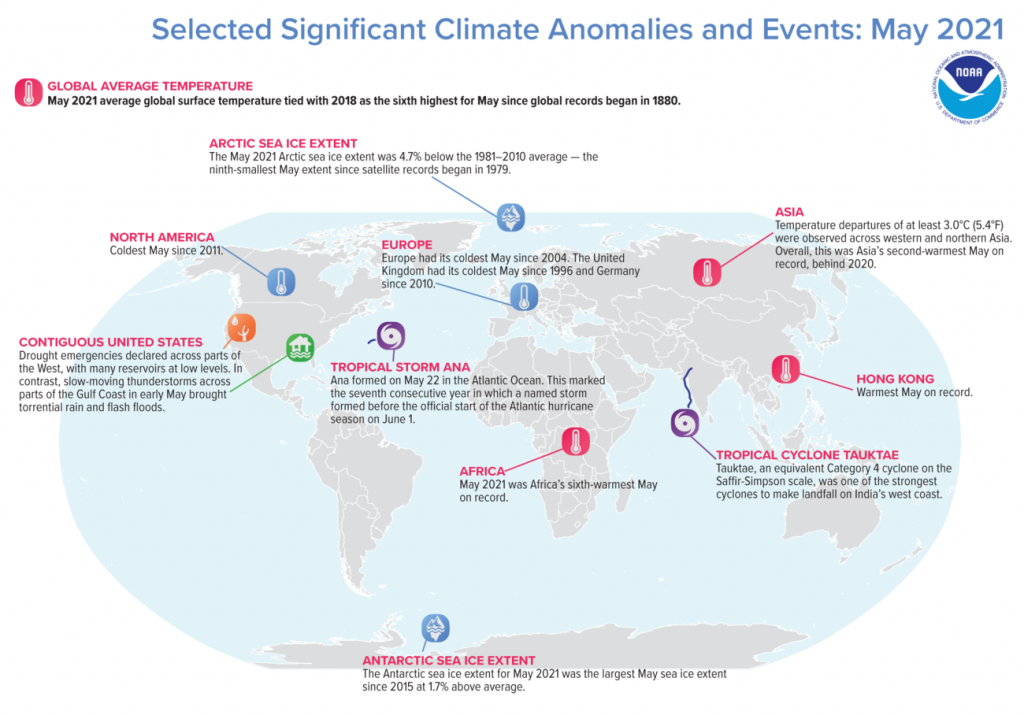 The Arctic Sea ice loss was slower than average during the month of May, the report found. According to the report:

Sea ice covered about 243,000 square miles of the Arctic last month — an area roughly the size of Somalia — making it the ninth-smallest May ice coverage in the 43-year record.

On the other hand, the Northern Hemisphere’s snow cover in May was recorded at 1.08 million square miles below average. This was the third smallest snow cover for May on record. Only May 2010 and 2012 had a smaller snow cover.