New research finds that methane estimates from the 1980s and 90s underestimated emissions. But measuring methane is getting better 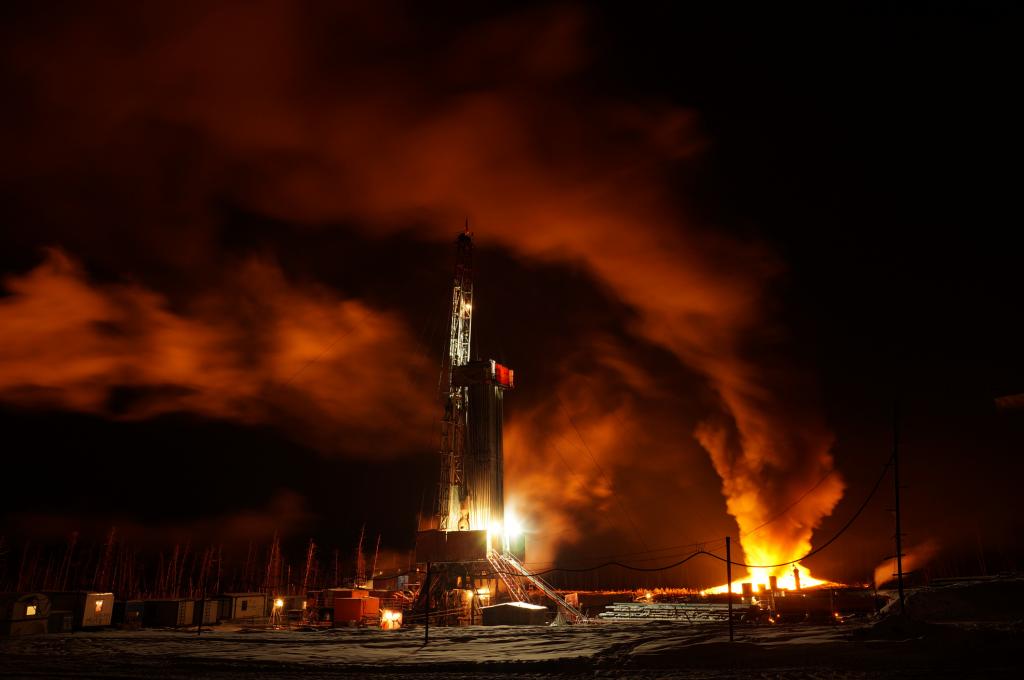 It has no smell, but it’s a product of decay. You can’t see it with the naked eye, but it’s in increasingly high-demand. It’s methane: a gas that arises from anaerobic wetlands, rotting landfills, and ruminant indigestion. Fossil fuel production also releases this gas from its high-pressure underground reserves, allowing it to surface either as a potent greenhouse gas or as an energy source, depending on the fossil fuel company.

NOAA has tracked methane’s presence in our atmosphere since 1984, capturing a surprising slowdown in its output throughout the 1990s and mid-2000s. But the past ten years have seen a rapid rise of methane in the atmosphere, though scientists aren’t sure of why. Yet they do know the gas is a devastating force furthering climate change; methane traps 34 times more heat than the infamous carbon dioxide over a 100-year period.

Figuring out methane output from its various sources is no straightforward task– after all, it’s colorless, odorless, doesn’t show up on satellite images, and it’s formed from dozens of dynamic human activities and natural processes. A recent paper published in Environmental Research Letters addresses this challenge, showing a new way to calculate methane emissions from oil and gas fields around the globe – an analysis that concludes that oil and gas reserves are not likely responsible for the current trend in rising methane, but that in past decades, oil and gas reserves contributed far more damage than previously thought.

At the heart of the paper, authored by Lena Hoglund-Isaksson with the International Institute for Applied Systems Analysis, lies a careful examination of the gas layers that cap fossil fuel reserves. This “associated gas layer,” as scientists call it, is composed mostly of methane gas, but the exact methane content depends on the region and on the type of fuel.

Companies also deal with the gas layer in various ways. Some let it vent out into the air as is, and some instead flare the gas stream, combusting the methane into carbon dioxide. Both those scenarios implicate the associated gas layer in climate change. In the past 30 years, companies have vastly ramped up their use of an energy-efficient alternative: capturing the gas.

“Either [the methane] is reinjected to enhance the well pressure to squeeze out more oil from the well, or it is utilized as an energy source, e.g., upgraded and injected into natural gas pipelines to be used as gas fuel,” Hoglund-Isaksson explained to Mongabay.

Her paper estimated that between 1990 and 2010, associated gas recovery increased globally from 60 percent recaptured to 83 percent (during the same time, global flaring dropped from 20 to 12 percent and global venting from 20 percent to 5 percent). And though the world produces more oil now than ever before, the total amounts of flared and vented gas remain about the same or less than they were in 1990.

These shifts in how companies treat the associated gas layer helped steady atmospheric methane levels in the 1990s through the mid-2000s. But for the past decade, methane has been accumulating at a much faster pace. Uncertainty prevails over the sources of these emissions, hampering the development of effective management strategies. Hoglund-Isaksson’s paper tackles some of those uncertainties that led to significant emission underestimates in past decades and continues to hamper methane management.

Scientists can track atmospheric methane through a top-down approach, allowing them to observe different methane isotopes accumulating in the air. Isotopes from those atmospheric samples also roughly tell them whether the gas came from fossil fuel sites or not.

What’s trickier is piecing together where exactly the trends come from. Understanding why methane concentrations increased since the 1980s, began to stabilize in the 1990s, and then began to quickly rise again after 2006, requires a “bottom-up” approach to estimates. Could some of the recent damage be coming from shale gas leaks? From melting permafrost?

For example, Hoglund-Isaksson’s bottom-up calculations – a careful compilation of published data on methane ratios per fuel-type and per country – tell us that while the burgeoning shale gas industry has begun to contribute to global methane emissions, its output is not nearly enough to “explain recent increases in atmospheric methane observed by top-down models.”

To arrive at this conclusion, the paper first had to confront the confusing history of bottom-up models. During the 1980s and 90s, Hoglund-Isaksson explains, bottom-up estimates of methane from oil and gas production routinely resulted in underestimations.

For instance, she estimates that in 1990, gas and oil production emitted 50 percent more methane than the US EPA’s bottom-up estimate for the same year. Even more notable, her calculations for total emissions between 1990 and 2012 found 73 percent more emissions than the estimate from Emissions Database for Global Atmospheric Research (EDGAR), which informs European policymakers.

This pointed to failures in how researchers were calculating emissions from sources.

“If the link between an activity and its release of emissions is not well understood, bottom-up estimates of emissions can end up wrong,” Hoglund-Isaksson said. “And if they do not at all match with the expected concentrations of these emissions observed in the atmosphere by top-down models, then the bottom-up methodology used is likely wrong.”

Hoglund-Isaksson says her estimates better fit top-down estimates through the years, which means that her country-specific model based on associated gas variations may be more accurate. According to her paper, one reason that EDGAR and the US EPA’s estimates were lower than hers is that these institutions applied “measurements representative for North American oil and gas fields to other regions’ oil and gas production.” However, emissions factors vary across different regions.

“In most industrialized countries (including North America and Europe), 95 percent or more of the associated gas generated from oil production is recovered,” Hoglund-Isaksson wrote in an email to Mongabay. “Recovery is done because it makes economic sense in countries where gas pipeline infrastructures exist that can transport the gas from the oil fields to consumers in urban areas.”

But methane isn’t equally recaptured across the globe.

“In parts of the world where gas transportation infrastructure is largely lacking (e.g., Nigeria and other sub-Saharan African countries) or oil fields are not located in the same areas as gas fields (e.g., Russia), recovery of associated gas from oil production does not always make economic good sense and may therefore be neglected by oil companies,” Hoglund-Isaksson wrote.

Improved monitoring can minimize these margins of error as the technology becomes better and cheaper.

“If the monitoring technology is cheap enough to allow for regulators to require continuous monitoring of emissions at every oil and gas production site, then particularly high-emitting sites can be immediately identified and remedied,” Hoglund-Isaksson said.

These developments could not only incite job creation in monitoring tech, but would also help oil and gas producers more easily spot inefficient management decisions concerning this energy-rich gas layer.

“It is very important for the success of international climate mitigation negotiations that we agree on trustworthy and reasonably accurate methods for estimating emissions and apply these consistently across countries,” Hoglund-Isaksson said. “Only when countries feel that their emissions are fairly represented in comparison to those of other countries, will it be possible to reach successful agreements to reduce emissions.”

This story has been republished from Mongabay. Read the original article.