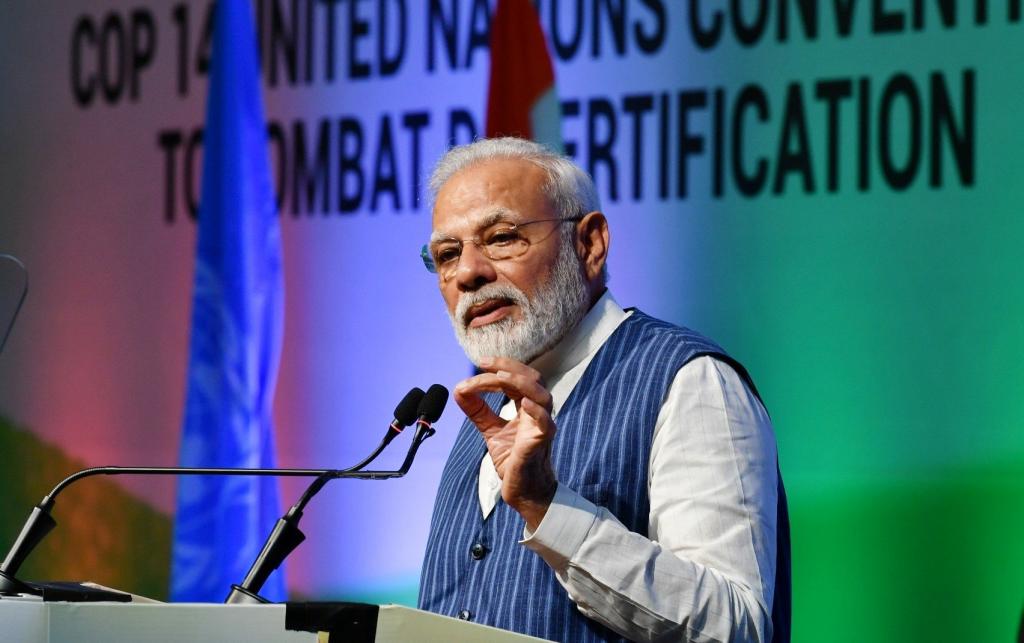 India will try to reclaim 26 million hectares (mha) of land by 2030, Modi said. This will help the country achieve its target of creating a carbon sink 2.5-3 billion tonnes of carbon dioxide equivalent through forest cover, he added.

The target earlier was 21 mha.

The PM’s speech at the COP, which India is hosting, highlighted his administration’s eagerness for South-South cooperation in fighting problems like land degradation, desertification and droughts.

A centre for excellence under the Union Ministry of Environment, Forest and Climate Change will be set up, he announced. Apart from aiming to create scientific knowledge, it will work for South-South cooperation for those who believe in knowledge sharing, Modi claimed.

He added that remote-sensing and space technology would be used for multiple applications, including land restoration.

In his speech at the conference in Greater Noida, Modi said he wanted to highlight another kind of land degradation — that caused by single-use plastics. India will ban all kinds of single-use plastics in the coming year, he claimed and urged the international community to bid it good bye.

To underscore the necessity for community participation, he brought up Swachh Bharat Abhiyan and asked for a similar movement.

He listed several schemes that he claimed work towards similar goals:

To highlight India's commitments, he said India has increased 0.8 mha tree cover between 2015 and 2017. Land is worshiped in the country, he added.