The cyclones will likely act as a counter mechanism to global warming, which has been often pushing back the monsoon in the country during recent years 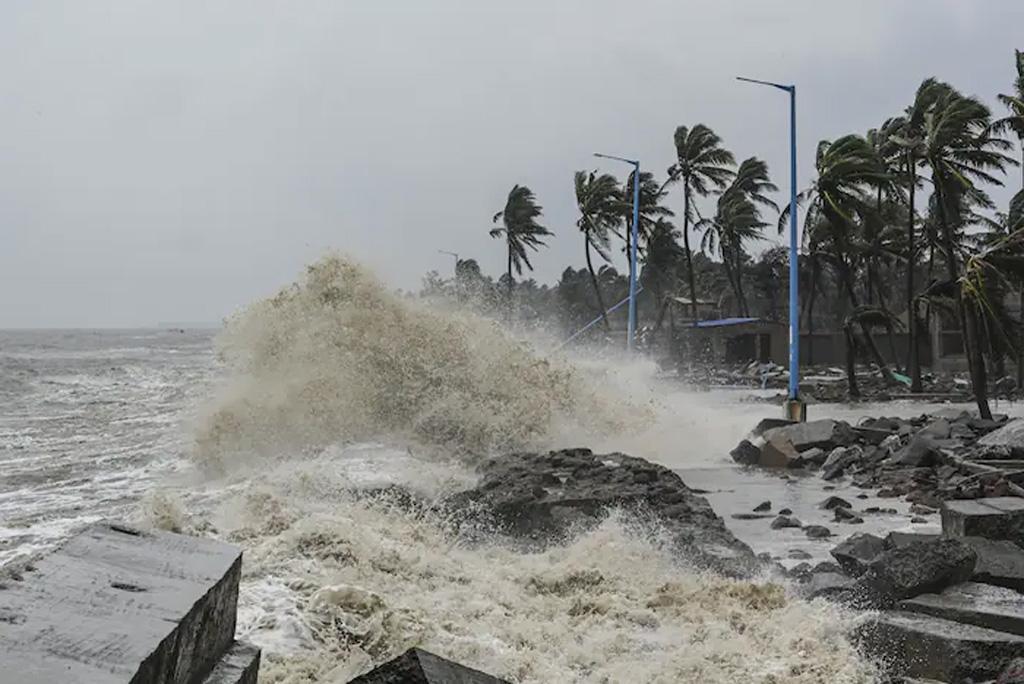 The Southwest Monsoon this year may arrive earlier than expected, due to the recent cyclones Asani and karim, senior scientists at the India Meteorological Department (IMD), said May 12, 2022.

The monsoon is now scheduled to reach the Andaman and Nicobar Islands on May 15, 2022, instead of May 22, a full week ahead of schedule, the scientists said.

Other parts of the country are also likely to receive monsoonal rains around a week ahead of schedule.

The cyclones will likely counter the effects of global warming, which has been often pushing back the monsoon in the country during recent years, according to the experts.

This is what seems to be happening in India this year.

The IMD predicted the “advance of the Southwest Monsoon into the south Andaman Sea and adjoining southeast Bay of Bengal around May 15, 2022” on May 12.

It added that “fairly widespread to widespread light / moderate rainfall was very likely over the Andaman and Nicobar Islands during the next five days.”

“The normal date of monsoon onset in the Andaman and Nicobar Islands is May 22. It is generally slightly earlier in the Nicobar archipelago, compared to the Andaman,” Mrutyunjay Mohapatra, director-general of IMD told this reporter May 12.

“This year, the monsoon is slated to arrive on May 15 and you can say that the recent cyclone has facilitated the early onset in the Andaman and Nicobar islands,” he added.

“We expect the trend of early monsoon to continue in other parts of the country, starting from Kerala but cannot say what the exact timeframe will be,” a senior IMD official said.

The normal arrival time for the monsoon in Kerala is June 1. It arrived around June 3 last year, but may come earlier this year.

Rainfall across India during the Southwest Monsoon season in 2021 (June-September) was normal according to IMD. It was below normal over east and North East India and above normal over south peninsular India.

Distinct and contrasting month-to-month rainfall variation could be observed over the country as a whole with 110 per cent, 93 per cent, 76 per cent and 135 per cent of long-term projected rainfall recorded during June, July, August and September respectively.

IMD has predicted that India is likely to witness a normal Southwest Monsoon in 2022. A uniform distribution of rainfall is likely across the country though some parts in northern, southern and North East India may receive less rainfall.

Cyclone Asani had already “weakened into a well-marked low-pressure area over coastal Andhra Pradesh at 0830 hours IST,” according to the IMD report released on 12 noon.

Cyclone Karim emerged over the southern Indian Ocean May 8. While Karim was classified as a category II hurricane; Asani turned out to be a Severe Cyclonic Storm over the Bay of Bengal.

“The cyclones, with their circulation pulling moisture, are definitely favouring the onset of the monsoon and are likely to act as a counter mechanism to the global warming phenomenon that has been affecting the monsoon onset negatively in the recent past,” Raghu Murtugudde, a professor of CMNS-Atmospheric & Oceanic Science, University of Maryland and also a visiting professor at IIT Bombay, said.

Murtugudde pointed out that normally, May cyclones in the Bay of Bengal happen later in the month, which impacts the monsoon negatively. But this year, it has been the other way round.

“Cyclones before the monsoon, not always but often, guide the process,” Subimal Ghosh, a professor at IIT Bombay, said.

It is a view shared by KJ Ramesh, former IMD director-general. “The cyclones will definitely help the process this year as they are creating a favourable condition for the monsoon,” he said.

“Cyclones close to the monsoon onset redistribute the moisture and change the temperature and moisture gradients, influencing the monsoon onset and progression,” Roxy Mathew Koll, climate scientist from the Indian Institute of Tropical Meteorology, Pune, said.

There is not much scientific literature available that links cyclones and the monsoon in the Bay of Bengal. But some scientific studies have been conducted in the Arabian Sea.

“Generally, monsoon conditions are unfavourable for cyclogenesis in the Arabian Sea due to the strong vertical wind shear present over the basin which prevents the vertical development of cyclones,” a 2021 paper co-authored by Koll with Shreyas Dhavale, Milind Mujumdar and Vineet Kumar Singh, noted.

“However, there are instances where tropical cyclones form over the basin during the onset phase of the Indian summer monsoon (ISM) … Our analysis indicates that a weak mean monsoonal wind circulation caused by the southward intrusion of subtropical westerlies is conducive for cyclogenesis over the Arabian Sea during the monsoon onset phase,” it added.