Monsoon report card: Rainfall deficit in 8 states, excess in 8 others 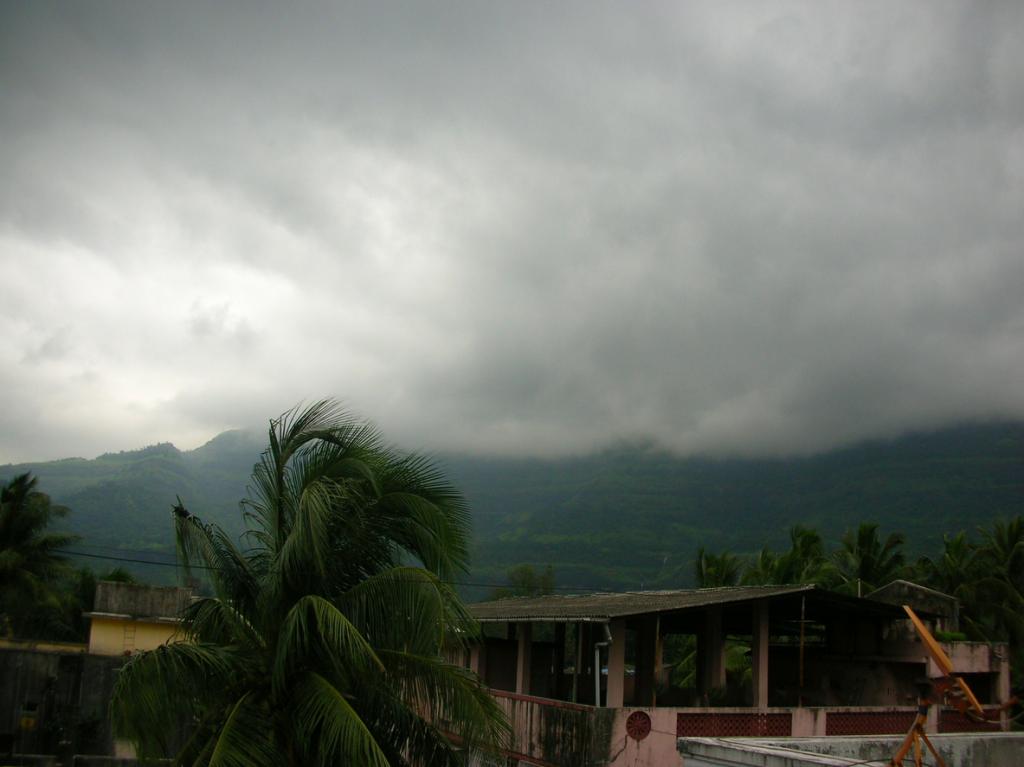 Southwest monsoon rainfall patterns vastly varied across India after a dry beginning in June 2022, according to the India Meteorological Department (IMD).

By July 2, the season had arrived in the entire country, according to IMD. During June 1-Aug 18, 223 districts witnessed deficient rainfall.

Generally, the southwest monsoon winds slowly withdraw from north India in the third week of September. But like last year, the summer monsoon may not recede by October and there might be confusion between the summer and winter monsoon season rains, Raghu Murtugudde, a climate scientist at the University of Maryland, told Down To Earth.

The warming of the La Nina and the Arctic region over the last three years is likely to delay the withdrawal of summer monsoon and instead, may likely cause heavy rainfall.

Several districts have had an extreme change in rainfall patterns over the last two weeks. As many as 163 districts went from witnessing excess rainfall to deficient rainfall in the weeks ending August 10 and August 17. These were Tamil Nadu, other pockets of South India and parts of the Indo-Gangetic plain (Uttarakhand, Bengal and Haryana).

During the same time period, 167 districts in Gujarat, Madhya Pradesh, Chhattisgarh, Maharashtra and Odisha went from deficient to excess rainfall. 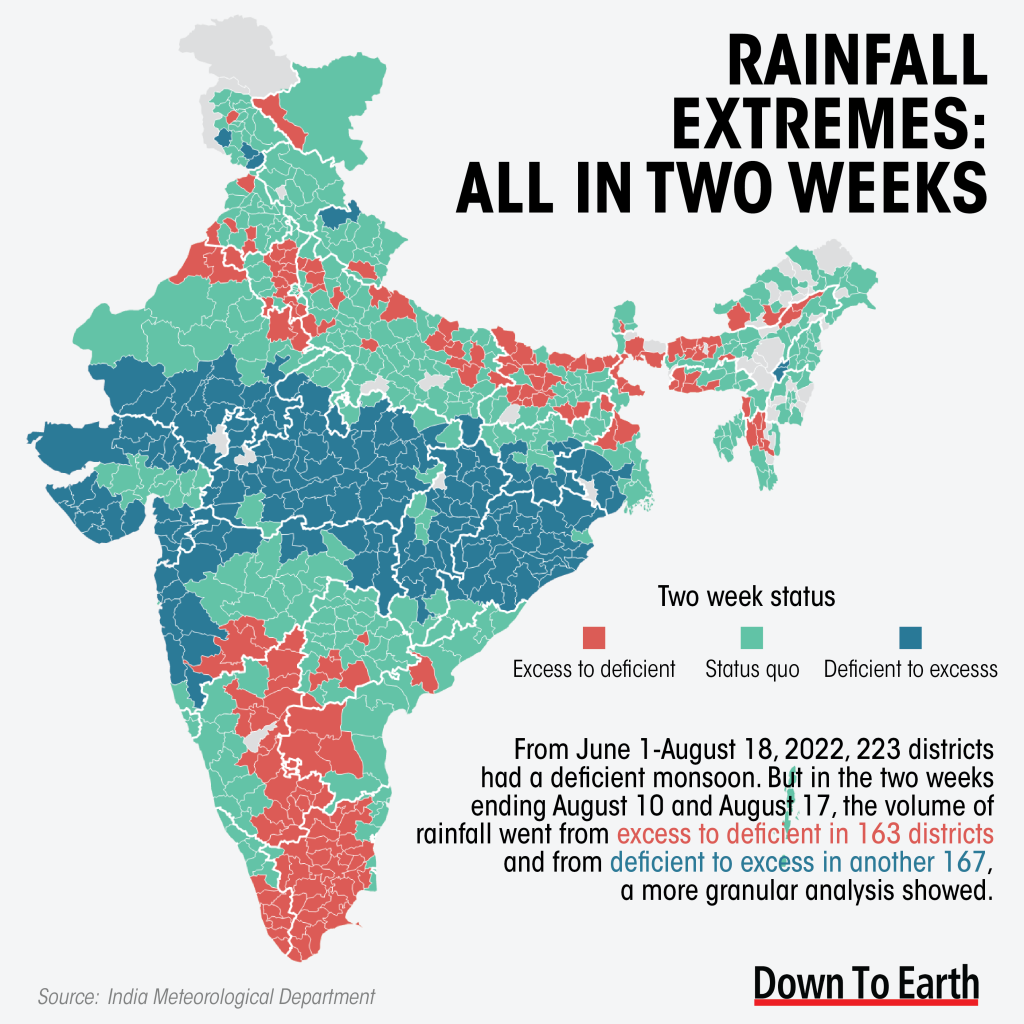 The reason for extreme rainfall may vary from state to state, said Murtugudde. For example, in some states it could be due to depressions over the Bay of Bengal, he added.

In others, it could be due to the northward shift of the south-westerly jets, the expert noted. “This is particularly observed in the northern part of the Western Ghats, including parts of Gujarat and Maharashtra.”

From August 11-17, Bihar, Uttar Pradesh, Uttarakhand and Kerala had little to no rainfall and recorded 60-90 per cent deficit.

In the same period, Uttarakhand’s Haridwar district experienced a rainfall deficit of 98 per cent. In Uttar Pradesh, Muzaffarnagar had a deficit of 100 per cent, Bijnor 98 per cent and Shahjahanpur 92 per cent.

In the last three months, northern and eastern states like Manipur, Tripura, West Bengal, Jharkhand, Bihar, Uttar Pradesh and Delhi as well as Kerala in the south reported below-average rainfall.

This is associated with a weak monsoon circulation / winds that are not penetrating further inland into the northern belts, according to Koll. "The monsoon westerlies and the Bay of Bengal depressions usually work in coordination. So a weakening affects the progression of the other."

A rainfall deficit of 20 per cent or more is considered drought-like condition for the regions, said Koll. “Take Kerala for example. It had floods due to extreme rains, but the total amount of rain received was about 20 per cent deficit.”

The categorisation of Odisha and Assam, two states which experienced devastating floods recently, in the normal range of rainfall, is appropriate, according to the total rainfall received, according to Koll.

“We see that extreme rains are increasing across India regardless of whether the total rainfall is deficit, normal or excess. This causes floods and landslides,” Koll said.

Also, the water doesn’t get time to spread and percolate underground, he observed. So, these events are usually followed by dry or drought conditions, the scientist said.