Negotiators have prepared a draft text to address all the challenges, except funding 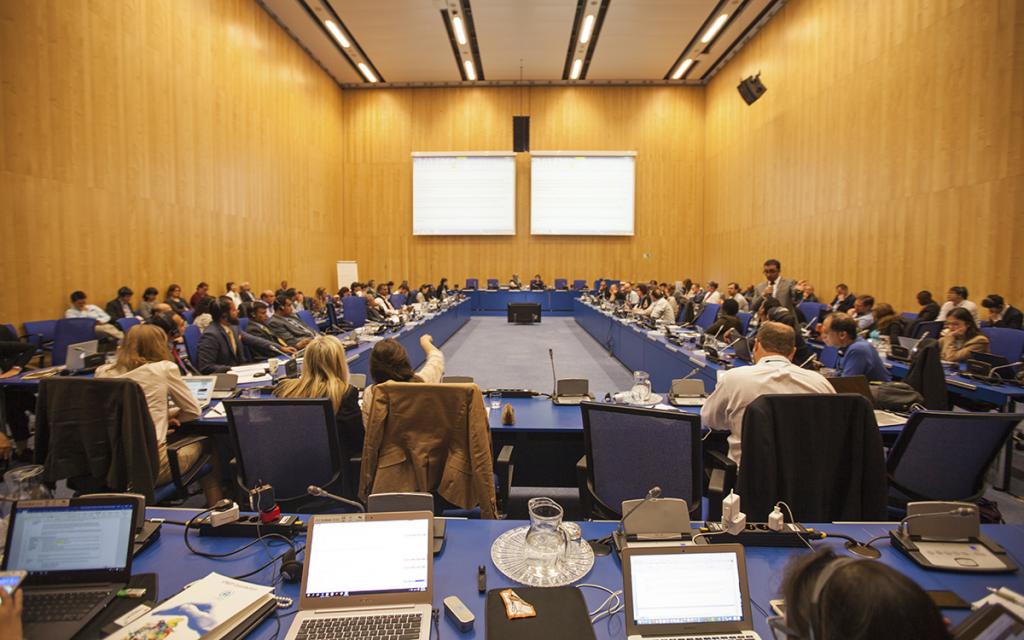 The parties are expected to start negotiations on the four amendment proposals to the Montreal Protocol Credit: IISD

After two days of negotiations to phase down Hydrofluorocarbons (HFCs), a greenhouse gas used as coolants, negotiators at Vienna have prepared a draft text to address major challenges.

As per the text, developing countries will have “flexibility to prioritise HFCs, define sectors, select technologies/ alternatives, elaborate and implement their strategies to meet agreed HFC obligations”. Parties have also agreed on developing new guidelines on methodologies and cost calculations for some categories, including loss due to shutdown/closure of the production facilities, production reduction, costs of patents and designs as well as incremental cost of royalties.

In the opening session, Tina Birmpili, executive secretary of Ozone Secretariat, UNEP, said that funding—to facilitate the switch from HFCs to environment-friendly alternatives—has been a major roadblock. If it is addressed, all the other issues can be taken care of, she added. As the session progressed, all the challenges except funding were addressed. It was foreseen that funding will remain a concern. In fact, a few developed and developing countries, including India, had met in private, a day before the meeting, to discuss issues related to funding.

Parties reached consensus on most of the issues related to funding and deferred few decisions till the negotiations on the amendment proposal take place. They, however, agreed to fund developing countries to reduce emissions of HFC-23, a super greenhouse gas and a by-product from the production process of HCFC-22. Ironically, some companies in India have already made millions out of the Clean Development Mechanism (CDM) under UNFCCC where they were paid in credits to incinerate the by-product. As per the new text, they might again be paid not to pollute. However, it could be avoided by brining a simple legislation, since these companies have already put incinerators in place.

On Monday, the parties are expected to start negotiations on the four amendment proposals to the Montreal Protocol made by various countries.

Centre for Science and Environment (CSE), the only non-governmental organisation to have come up with a proposal to phase out HFCs, has suggested an equitable division of HFCs in its proposal to break the logjam over issues that the current proposals cover.

Issues related to standards and patents remained the focus of side events hosted by different organisations. The CSE will host two side events in Vienna to discuss the amendment proposals and ways to prioritise natural refrigerants from the perspective of developing countries.