Thinking of moving? Many Pacific islanders are 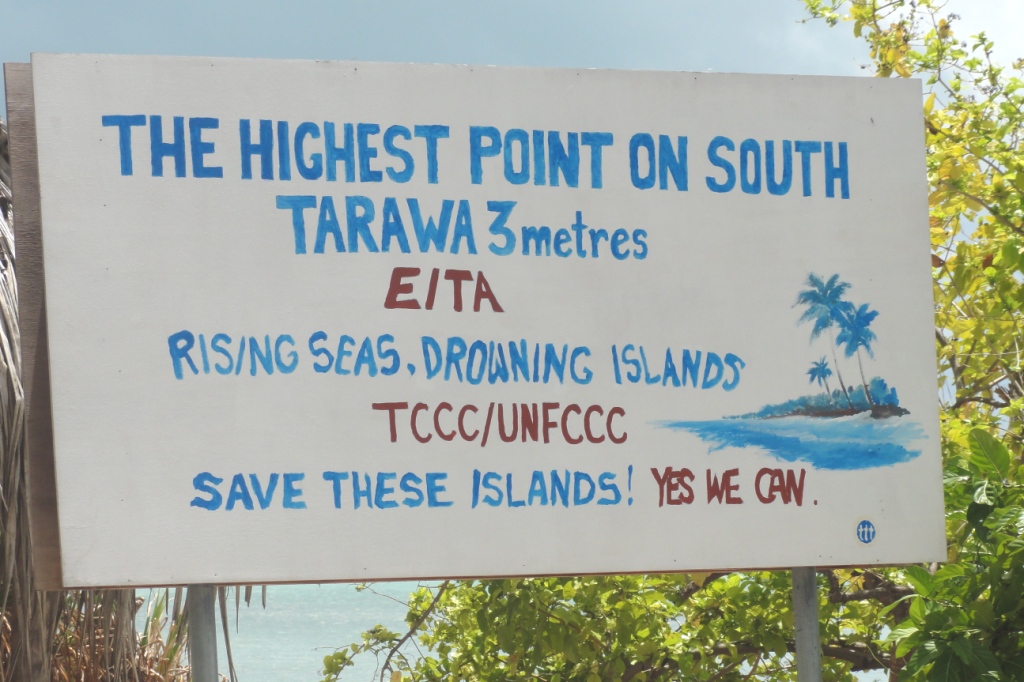 The Paris climate summit has come too late for Ioane Teitiota from the Pacific island nation of Kiribati, who made history when his case for asylum in New Zealand was rejected in September.

His claim for protection was based on the effects of climate change. Kiribati president Anote Tong has argued that his citizens should be able to migrate with “dignity”, and a survey released at the Paris summit suggests that people in more than 70% of households in Kiribati and Tuvalu, and 35% of those in Nauru, would consider migrating because of climate stresses.

But being at risk does not necessarily mean these people will migrate to escape it. Even if they were to move, these findings say nothing about the distance people would travel. Most migration is internal within states or, when international, to the next safe place – typically a neighbouring country.

Perhaps more seriously, many people who are especially vulnerable to the effects of climate change lack the physical, financial or social resources to move. The result is potentially hundreds of millions of people effectively trapped in places where they are exposed to significant environmental hazard.

It’s a mistake to imagine that climate change is simply a trigger mechanism that causes people to migrate. Trapped populations, including the elderly or children, are more vulnerable to the effects of climate change and less able to migrate. They are more prone to humanitarian emergencies or future displacement. Relocation away from risk could help, but should respect the rights and dignity of migrants. Facilitated migration could also help avoid future displacement and emergencies, but this requires significant political will and international cooperation.

Political responses have lagged behind the problem. Research suggests that decision-makers' views are mostly shaped by past responses to refugee issues – meaning climate change is seen as something that could shape the future migration rather than something that is happening now and will only intensify in the future.

Displaced people need to be protected. Since 2008, one person per second – or more than 26 million a year – have been displaced, mainly by extreme weather events. Some 97% of this has happened in developing countries in Asia and Africa. In October, the Nansen Initiative led by the Swiss and Norwegian governments, was endorsed by 114 nations, who have agreed to enhance the humanitarian help available to people who cross borders as a result of climate-related disasters.

An effective migration and mobility agenda means recognising that migration is a key way for people to protect themselves and their families from climate change. The benefit of such an approach is that provisions for mobility can offset the future risk of forced displacement. This requires safe channels that can enable both permanent and temporary migration while protecting migrants’ rights. It requires access to services for these migrants and their family members, while also enabling them to send money and resources back to their family members.

We must think of migration as not always being a crisis and migrants not necessarily as victims, but recognise instead that migration can be a potentially positive and powerful force that helps people to make choices to sustain their livelihoods. Doing this means seeing migration not as part of the problem, but as an important part of the solution to the effects of climate change.