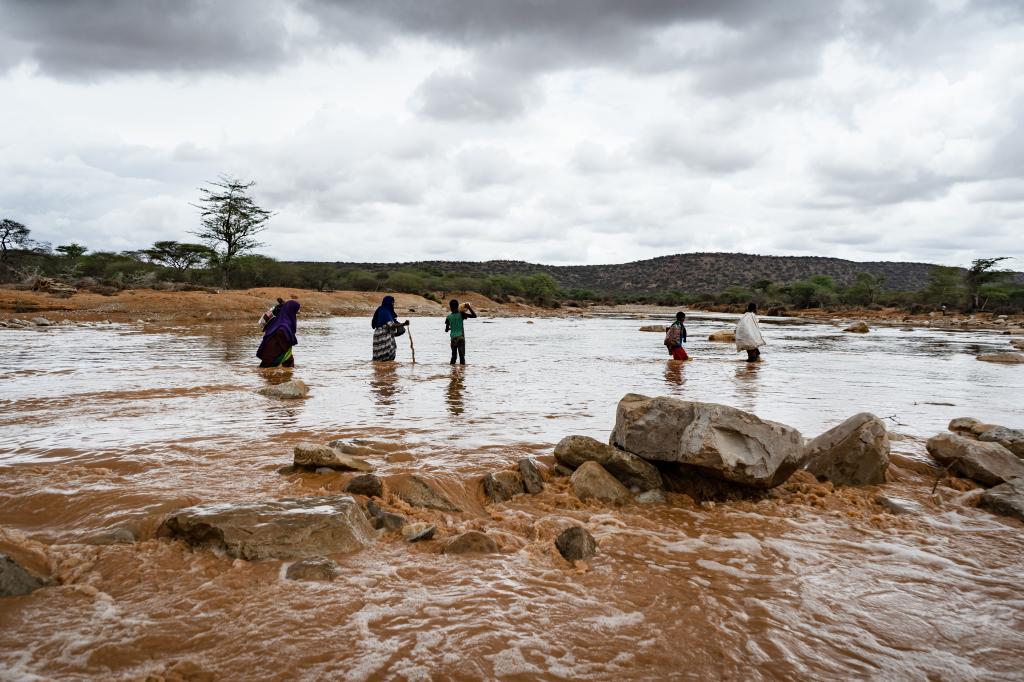 The Nairobi Declaration, adopted by African ministers and heads of delegations November 19, 2021, underlined the need to deliver commitments on the Programme of Action (PoA) for implementing the Sendai Framework in Africa.

This included the action plans under the PoA, to implement Sendai Framework for Disaster Risk Reduction (SFDRR), 2015-2030.

The PoA outlines how Africa aims to implement SFDRR on the continent.

The declaration was adopted at the seventh high-level meeting on disaster risk reduction that took place in Nairobi, Kenya November 19, the concluding day of the three-day Eighth Africa Regional Platform for Disaster Risk Reduction which began virtually on November 17.

Towards Disaster Risk-Informed Development for a Resilient Africa in a COVID-19 Transformed World was the theme of the virtual meet. It was organised by the United Nations Office for Disaster Risk Reduction (UNDRR), in collaboration with the African Union Commission and the Intergovernmental Authority on Development.

The ministers responsible for disaster risk reduction (DRR) arrived at a consensus for delivering on their commitments to the Sendai Framework and the African Union’s Programme of Action for its implementation in Africa.

The continent’s vulnerability to climate change and its impacts has been on the rise, Gatkuoth Kai, technical coordinator, disaster risk reduction, African Union Commission flagged.

Sendai Framework is aimed towards “substantial reduction in disaster risk and losses in lives, livelihoods and health and in the economic, physical, social, cultural and environmental assets of persons, businesses, communities and countries”.

Implementation of the Sendai Framework is expected to contribute to UN-mandated Sustainable Development Goals and to achieving Agenda 2063 commitment “The Africa we want”.

“Nearly 35 per cent of Africa’s population (465 million people) could be living in extreme poverty by the end of 2021 because of COVID-19 and extreme weather events. Disaster risk reduction is also poverty risk reduction,” said Mami Mizotori, UN special representative of the secretary-general for DRR.

She highlighted progress since the adoption of the Tunis Declaration in 2018 and said that 25 African countries have adopted DRR strategies and action plans aligned with the Sendai Framework.

Tunis declaration was adopted at the Africa Arab Platform for Disaster Risk Reduction held in Tunis from October 9-13, 2018.

Africa region’s average score for the adoption and implementation of national disaster risk reduction strategies in line with the Sendai Framework 2015-2030 has improved between 2019 and 2020, according to the UNDRR.

Workneh Gebeyehu, executive secretary, Intergovernmental Authority on Development (IGAD), too recognised the significance of Sendai Framework and shared the revised regional strategy for disaster risk resilience aligned to it.

The Sendai framework provides for a clear policy pathway in guiding countries and communities to substantially reduce the effects of shocks caused by natural and human-induced hazards by 2030 compared to 2005-2015.

It was the first major agreement of the post-2015 development agenda that provided member states with concrete actions to protect development gains from the risk of disaster.

One of the targets under Sendai framework was to substantially reduce global disaster mortality by 2030, aiming to lower the average per 100,000 global mortality during 2020-2030 compared with 2005-2015.

But mortality attributed to natural disasters has increased by 23.54 per cent between 2019 and 2020, according to the dashboard on SFDRR.

But just around 37 per cent of the local governments have adopted and implemented local disaster risk reduction strategies in line with national strategies.

Number of deaths attributed to disasters, per 100,000 population. Source: SFDRR

Leila Chikhaoui Mehdaoui, environment minister, Tunisia and Chair of the current Africa Regional Platform Bureau, announced Kenya as the incoming Presidency of the Regional Platform and a new bureau composed of Gabon, The Gambia, South Africa and Tunisia.

The regional meeting concluded with a call for forging ahead to ensure effective risk preparedness, especially in the context of emerging risks.