Oceans are heating up as they cross their natural capacity to sink carbon and atmospheric heat induced by GHGs emissions. It will further disrupts life above the oceans 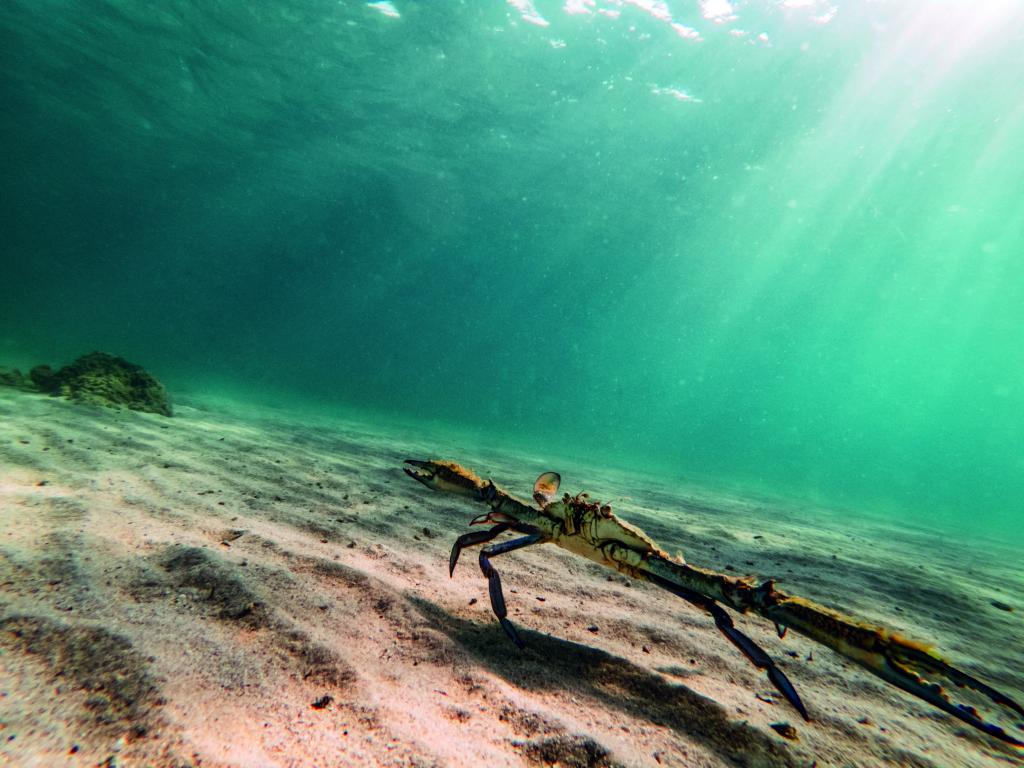 The oceans modulate the global climate and control the planetary temperature thus the weather events like rains, storms and cyclones, floods and droughts. Human lives are intimately tied to the oceans.

Read the first part of the series here

About 50-80 per cent of the oxygen produced on Earth can be traced back to the sea.

The most important role the oceans play is that of a carbon sink: Four-fifths of the global carbon cycle is circulated through them.

As the global greenhouse gas (GHG) emissions caused by human activities have been growing exponentially, according to the Intergovernmental Panel on Climate Change’s (IPCC) 5th Assessment Report published in 2013, the oceans have by far absorbed 93 per cent of the extra energy from the greenhouse effect.

This assessment also said the oceans have absorbed more than 90 per cent of the global warming created by humans since the 1970s.

To make sense of this, without this heat absorption the global average temperatures would have jumped by almost 56 degrees Celsius. So, the oceans have saved us from far greater catastrophic levels of warming due to our carbon-guzzling existence.

The oceans must have a carrying capacity to keep on doing this job of a carbon and heat-sink. Over the years, they have been heating up. Consequently, global sea surface temperature (SST) is roughly 1 degree Celsius higher than 140 years ago. Life in the oceans is intimately linked to the level of SST.

Changes in ocean temperatures and currents will lead to alterations in climate patterns around the world.

More carbon in the atmosphere means also more of the same in the oceans being a sink. After certain level, this will increase the levels of dissolved carbon. This will further change the chemistry of the seawater by making it more acidic, thus turning the foundation of the vibrant living world in the oceans toxic.

Acidic water means many species like coral and shellfish would not be able to build their shells or skeletons leading to a collapse of the population. As a result, the balance of predator-prey food cycle would be disturbed.

Deep oceans are warming up. Scientists look at ocean heat content as an indicator of climate change. Ocean heat content is the energy accumulated by the ocean, explains Rathore. Continuous GHGs emissions are preventing heat from going back into space.

Changes in the ocean heat content were mild before the 1980s. However, since then, the heat content has been rising and moving deeper steadily, said Kevin Trenberth, a distinguished scholar at the National Center for Atmospheric Research in Colorado. He pointed out that:

If you look at that record, you find that the oceans were fairly stable until about the 1980s, after which the top 500 meters began to warm. Warming up to the 1,000 meters depth became evident after about 1988. It reached 1,000-1,500 meters in depth in the late 1990s. And warming at 2,000 meters depth is evident after about 2005. So, it takes 25 to 30 years for the warming to penetrate to about two kilometres below the surface. We see that the heat is gradually creeping down.

Ocean heat content has impacted all the six major oceans since 1998. But the most significant warming was in the southern oceans. About 90 per cent of the net global ocean heat gain occurred in the region during 2005-2011.

Some researchers argued that the imbalance was due to human activities. The northern hemisphere has more landmasses and hence a higher concentration of aerosols, which are known to prevent heat from getting sucked into the ocean. Natural variability like ENSO, Pacific Decadal Oscillation and Atlantic multi-decadal oscillation created those fluctuations as well.

Saurabh Rathore, a postdoctoral researcher at LOCEAN, Sorbonne University, Paris and his colleagues decided to get to the bottom of the issue to nail down the cause.

In 2016, the team collected the data from Argo floats and fed it into 11 computer models. Each model incorporated natural variability and human-induced climate change. But the natural variability varies across the 11-climate models. For example, one may have ENSO, and the other could have incorporated Pacific Decadal Oscillation or Indian Ocean Dipole.

They took an average of all the simulations. The natural variability is random, and they cancel each other out, leaving behind human-induced climate change on the map. The team then compared this map with the recorded observations.

“Our analysis indicated that human-induced climate change and natural variability were causing heat content to accumulate in the Southern Ocean,” Rathore said. But there is also a chance that the heat could shift to the northern hemisphere in the next decade.

The team hopes to track changes in the next 10 years, too. So far, scientists have been able to track the heat penetrating the 2000 meters depth. “Below that, we cannot say what is happening. We are still trying to acquire data to understand it fully,” he asserted.

The climate is changing so much above the oceans that it impacts their “memory”. Daisy Hui Shi, a scientist at the US-based Farallon Institute, noticed something odd while examining how marine heatwaves — unusually high sea surface temperatures — vary in the California Current region, a cold water Pacific Ocean current that moves southward along the western coast of North America.

It looked like the ocean was losing its memory. She describes ocean memory as the persistence of the sea surface temperature (SST) from one day, month, or year to the next.

“At first, we found the winter ocean memory in this region was declining throughout the 21st century in response to warming. We were very intrigued and did a further investigation into global oceans and the causes and consequences of this phenomenon,” she told DTE.

She performed simulations on how the ocean memory could change under three possible future projections: Low, medium and high. The computer simulates future variations in SST by dividing the oceans into girds. The output, which looks like a global map, was published in Science Advances in 2022.

The oceans are likely to lose almost 100 per cent of their memory in all three future pathways, she predicts. The SST fluctuates because of changes in the mixed layer depth, the top 50-100 metres of the oceans. But as warming continues, this layer could become shallower. And this means winds, for example, can change the SST more easily, leading to random fluctuations of the SST and the eventual decline in memory.

The warming of the ocean is relentless, and it has consequences, the scientist pointed out: Tropical storms and cyclones have become active and stronger and bigger, wreaking havoc by causing damage to life and property.

Read the final part of the series here. Click for an accompanying factsheet.