Marine heatwaves hit the western Indian Ocean and the northern Bay of Bengal the most; will be a permanent feature by end of the century 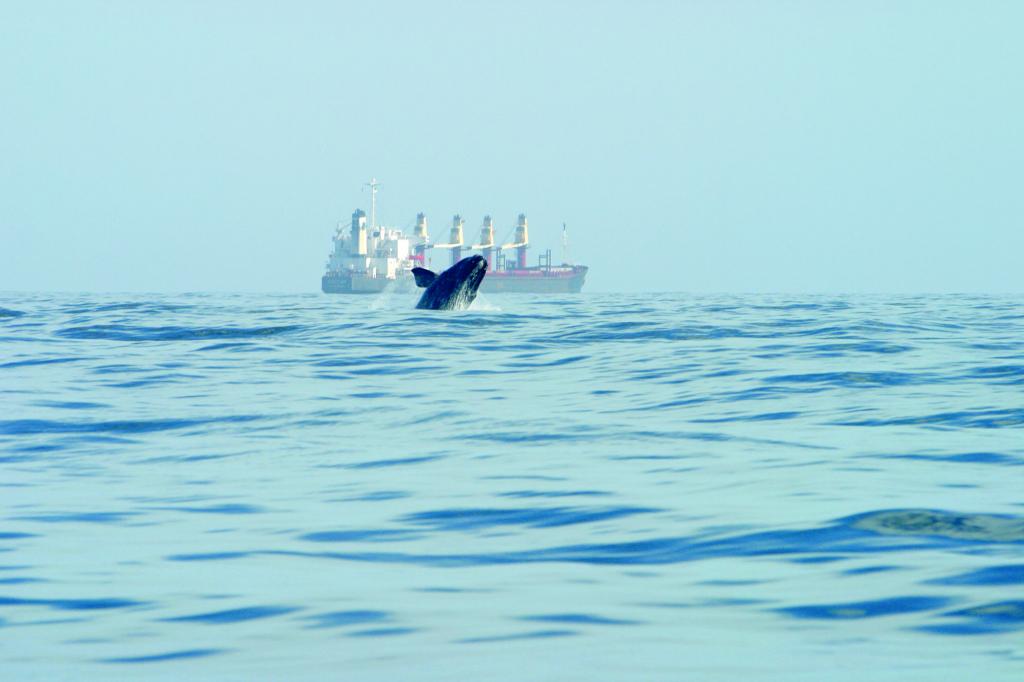 As the globe warms up to unprecedented level, it boils the oceans as well. Being a climate moderator for the planet, the warming up of the oceans fundamentally disrupts the climate cycle, as scientists have found.

High ocean temperatures are changing ocean currents. They seem to have picked up the pace by 15 per cent per decade from 1990 to 2013 due to human-driven activities.

The impacts are more pronounced in the tropical oceans due to surface winds that have intensified since the 1900s. Stronger tropical currents could carry more warm water to higher latitudes, for example.

At the same time, by reaching deep into the ocean, the acceleration could boost the storage of heat in the depths, helping slow the warming on land, Hu Shijian, an oceanographer at the Chinese Academy of Sciences’ Institute of Oceanology, told the Science journal.

Shijian and his colleagues tracked global ocean currents using a network of Argo floats, which also track winds. Using this information, scientists can infer the currents and speeds.

Scientists could only track the upper 2,000 meters of the ocean. “Thus, intensive observations that monitor the deep global ocean circulation are urgently needed not only for understanding past conditions but also for reducing uncertainty in future projections of the global ocean circulation,” the researchers write in the Science journal.

The Indian Ocean, in particular, has emerged as the biggest victim of climate change. The sea surface temperature (SST) of the tropical Indian Ocean has risen by an average of 1 degree Celsius from 1951 to 2015 against the global average of about 0.7°C.

The average sea surface temperature has touched 28.08°C, according to a 2014 study published in the Journal of Climate. But the warming is not the same everywhere.

From 1901 to 2012, the western Indian Ocean warmed up by 1.28°C against an increase of 0.78°C recorded in other parts of the Indian Ocean. The surface waters of the Bay of Bengal stay largely above 28°C.

The pattern emerging from the Arabian Sea was concerning, said Roxy Mathew Koll from the Indian Institute of Tropical Meteorology, Pune. He added that:

It used to be cooler than 28°C, which means that it was not always fertile to support the formation of cyclones. However, during the last few decades, the Arabian Sea has warmed up rapidly, with temperature trends crossing 1.2-1.4°C in parts of Arabian Sea since the 1950s, which is quite large. Now the Arabian Sea temperatures are often above 28°C, and it favours cyclones.

Between 2001 and 2019, the Arabian Sea recorded a 52 per cent increase in the number of cyclones. Very severe cyclones have increased by 150 per cent, according to Koll. “Not only have the frequency but the intensity and duration of these cyclones increased,” he added.

Scientists have noted something insidious playing out in the ocean in the last decade. It happens when the SST exceeds 90 per cent of the previous SST observations recorded at the same time in the last 30 years, for at least five days in a row. Scientists call it a marine heatwave.

The term marine heatwaves were coined for the first time only in 2011. This was after certain pockets of Western Australia experienced abnormally high sea surface temperatures, exceeding 3°C above average.

Studies to understand marine heatwaves took centre stage in the years that followed. The world took notice of the impacts on biodiversity, and the ripple effects on the economy, Abishek Chatterjee, Scientist at Indian National Centre for Ocean Information Services, said. Since then, they came to be known as a hazard or a natural calamity.

These events often accompany El Niño events in the Pacific Ocean. Other factors such as increased warming and weak winds also contribute to its formation.

Both Chatterjee and Mathew Koll rue that marine heatwaves are particularly less studied in the Indian basin. “The tropical Indian Ocean has been warming much faster than the Atlantic or Pacific. And climatologically, the Indian Ocean holds warmer waters,” Koll highlighted.

On the Australian coast, Chatterjee said, the temperatures deviate from normal by 5°C. “The Indian Ocean, which is very close to the equator, witnesses a deviation of 1.5 to 2 °C at most. That’s because the temperature in the Indian basin is already high, reaching up to 32-32.5°C,” he says. However, a more minor deviation from average does not mean less damage, Chatterjee warned, adding that corals struggle to survive in such high temperatures.

Koll and his team decided to see how marine heatwaves have been affecting the Indian Ocean basin over the years. In 2020, the team looked at data from mooring buoys, floating structures anchored to the seabed, in the Bay of Bengal. They come equipped with temperature sensors.

They saw signatures of marine heatwaves. The SST in the Bay of Bengal hovered at 33-34°Celsius. “This is the highest ever recorded in open seas across the globe since we started recording temperatures,” he explained.

That prompted the team to gather SST data from the National Oceanic and Atmospheric Administration (NOAA), an American scientific and regulatory agency. The agency collects from satellites which orbit Earth 14 times a day. They carry instruments that can record temperatures of up to 1 millimetre.  The device picks up the radiation emitted by the ocean, which varies with the temperature.

Additionally, NOAA also uses data from buoys, and Argo floats, free-drifting floats that collect data up to 2,000 meters below the surface. As many as 3,800 floats are deployed worldwide, making up a near-global network.

Koll’s analysis showed the western Indian Ocean and the northern Bay of Bengal were the most hit. In the former, the number of marine heatwave events went up by around 1.5 events per decade between 1982 and 2018, while in the latter, it rose by around 0.5 events per decade during the same period.

The west Indian ocean recorded over 66 events and the North Bay of Bengal Sea saw 94 events. He published these results in 2022 in the Journal of Geophysical Research: Oceans.

Chatterjee focused on the Arabian Sea. He sourced SST data between 1982 and 2019 from NOAA. “In each grid, we checked if the temperature crossed the average value. By doing this, we can see how marine heatwaves form, evolve and decay in a given area,” he explained.

The duration and frequency of marine heatwaves also showed an upward trend. They increased by roughly 20 days per decade and 1.5-2 events per decade between 1982 and 2019. He published the analysis in Ocean Science in 2022.

Scientists suspect that they could be fuelling cyclones, too. The unusual behaviour of the 2020 Amphan super cyclone caught the attention of Saurabh Rathore, a postdoctoral researcher at LOCEAN, Sorbonne University, Paris. It took less than 36 hours to go from Category 1 (cyclonic storm) to Category 5 (super cyclone). Rathore said he identified other factors that potentially contributed to the marine heatwave and the super cyclone.

One such contributor is warming in the subsurface, which is 20 meters below the surface waters in the Bay of Bengal. The heat content in the subsurface ranged between 135 and 150 kilojoules per square centimetre before the cyclone. He published these findings in 2022 in the Frontiers in Climate. “The current evidence suggests that prolonged heatwaves could act as indicators of cyclones,” Chatterjee explains.

These studies suggest that the intensity and frequency of marine heatwaves in the Indian basin have increased in the last 10-15 years, compared to the 1980s. And these extreme events are here to stay. According to Koll’s analysis, the Indian Ocean will likely embrace a permanent marine heatwave situation by the turn of the century.

Watch this space for the next part of this series on the impacts of global warming on the oceans, and how climate is changing in the largest ecosystem of the planet. You can read the the earlier parts here and here.