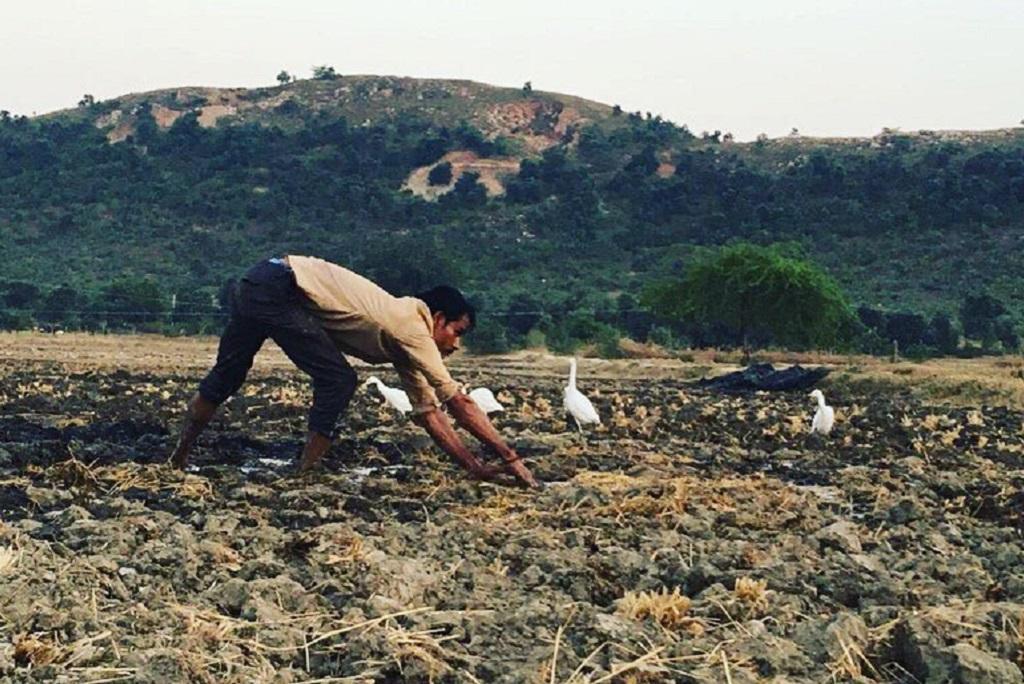 As many as 673 out of India’s 733 districts face arid conditions now, a sharp rise from 638 a week ago, according to data from the India Meteorological Department (IMD).

Overall, despite ‘normal’ rains, almost 90 per cent of the country remains drier than usual even as the kharif (summer) crop season is underway, the latest Aridity Anomaly Outlook Index released by IMD Pune, for September 2-8, 2021 said.

The index monitors agricultural drought, a situation when rainfall and soil moisture are inadequate to support healthy crop growth till maturity, causing crop stress. An anomaly from the normal value would thus signify water shortage in these districts that could directly impact agricultural activity.

The aridity index, released week-on-week, shows the dramatic increase in the aridity levels this monsoon season. As many as 673 districts experienced ‘mild’ to ‘severe’ arid conditions; only 32 were ‘non-arid’. 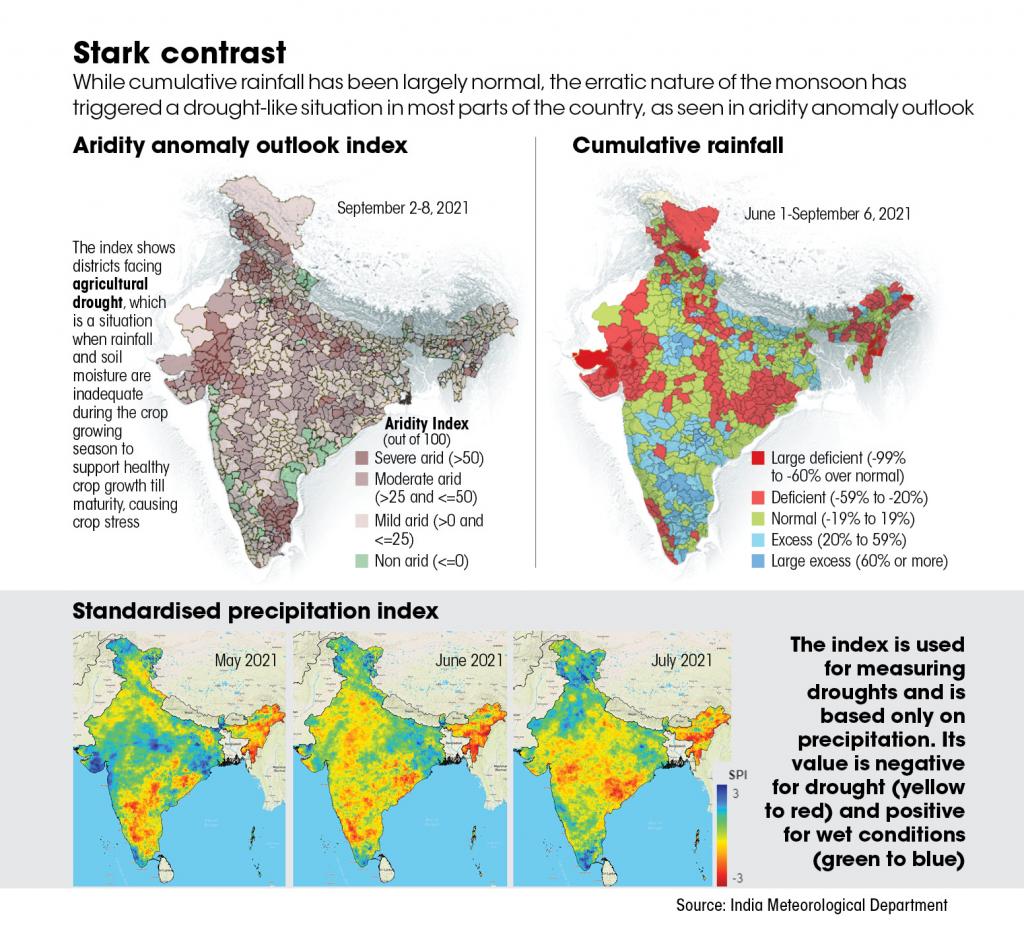 Just a week ago, 65 were ‘non-arid’. Till the week of August 19-25, the index showed that almost half of the districts were in the ‘non-arid’ category.

Data for the remaining 28 districts was not available. Out of the 673 districts, 115 were in the grip of a ‘severe’ degree of dryness.

Most of these districts are in Punjab, Gujarat, Uttar Pradesh, Madhya Pradesh, Odisha, Tamil Nadu, Rajasthan, Punjab, Manipur, Assam and Jammu and Kashmir.

Some of these states experienced huge rainfall deficits. Gujarat and Jammu and Kashmir, each having 13 districts under the ‘severe’ category, recorded 41 per cent and 32 per cent rainfall deficit respectively.

Manipur had 59 per cent deficit, Assam 19 per cent, Odisha 30 per cent, Punjab 23 per cent and Rajasthan seven per cent.

Its Drought Early Warning System, on September 6, showed that 28.08 per cent of the country was under drought. This figure was only 8.53 per cent in the corresponding period last year and 18.44 per cent a month ago.

India has recorded a deficit rainfall in July and August, the most crucial period for sowing kharif crops. August has been the driest month in the current monsoon season with 24 per cent less rainfall than normal.

As a result, sowing was completed only on 104.3 million hectares (ha) till August 20, according to the data with the Union Ministry of Agriculture and Farmers’ Welfare. The area sown this year is 1.65 million ha less when compared with last year’s data.