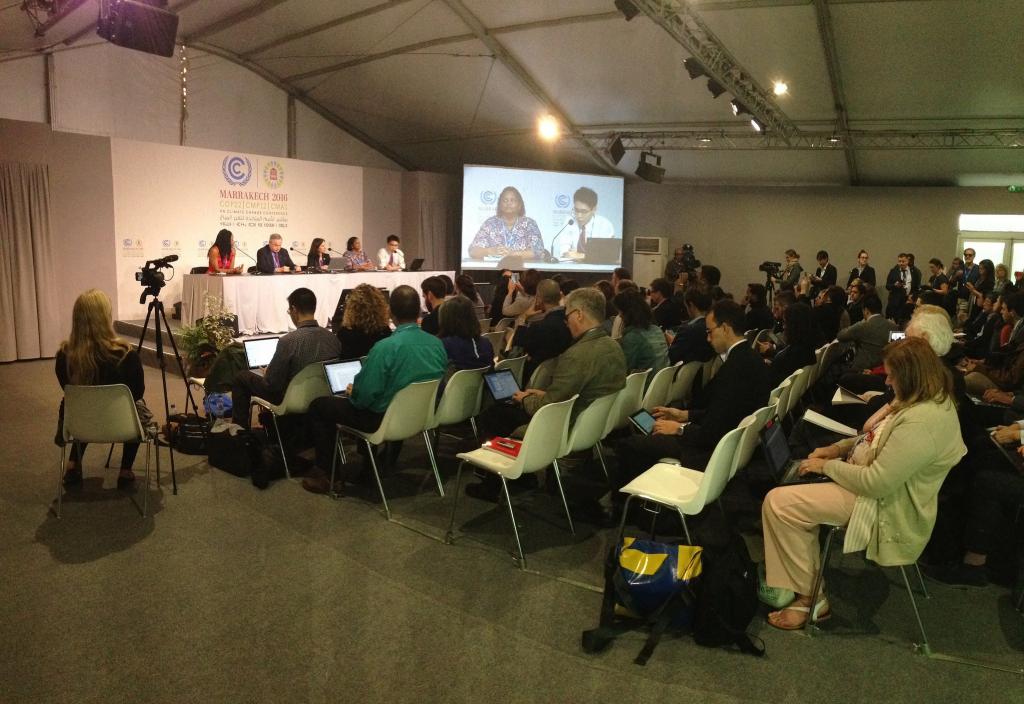 The APA is mandated with formulating rules and modalities of several elements of the Paris Agreement, include global stocktake. Credit: Takver / Flicker

Under the Ad Hoc Working Group on the Paris Agreement (APA), the Parties put forward their views on the details and modalities of the global stocktake, a process scheduled to be held in 2023. There was a general understanding that lot of work needs to be done to agree on a design and details of the mechanism of global stocktake on which the Paris Agreement does not give enough details.

Canada, in its statement, focussed on the facilitative dialogue to be held in 2018, which could serve as a crucial input to the global stocktake process. Iran, on behalf of Like Minded Developing Countries (LMDC), stated that global stocktake should be comprehensive in its scope and it should strengthen the linkages between actions and gaps. It also remarked that the process should not put any additional burden on Parties and the process should largely be party-driven. It also observed that information sharing among Parties is an important component of stocktake.

Slovenia, speaking on behalf of the EU, highlighted different elements of the global stocktake—mitigation, adaptation and finance—and how to balance these elements. It also spoke of how the outcome of the global stocktake would raise ambition among the Parties to scale up their climate targets. According to the EU, while the inputs need to be open-ended and include scientific literature, the output should be in the form of reports and consultations among Parties which would be a political process. It is important, however, to draw synergy between both political and technical processes.

Grenada and Marshall Islands put out critical questions related to global stocktake as to who would conduct the global stocktake, how would adaptation communication be assessed for its sufficiency, the timeline of the process and how would learnings from facilitative dialogue of 2018 be incorporated into the global stocktake process. Mali, on behalf of the African Union, reiterated the need to have a balance between all components of the global stocktake. It also advocated that the inputs must be received by June 2022, after which the information can be synthesized. This should be followed by structured expert dialogues and review information to assess collective progress among Parties.

China said that questions related to the meaning of “collective progress”, the sources of information required for conducting global stocktake, identification of potential barriers in the entire process and linking of global stocktake to the transparency mechanism under the Paris Agreement must be addressed before its modalities are discussed and agreed upon.

The APA is mandated with formulating rules and modalities of several elements of the Paris Agreement which include global stocktake, new market mechanisms, further guidance on nationally determined contributions and the adaptation communications, compliance mechanism, adaptation fund etc.