Even though private finance is important, the role of States in addressing climate change cannot be undermined 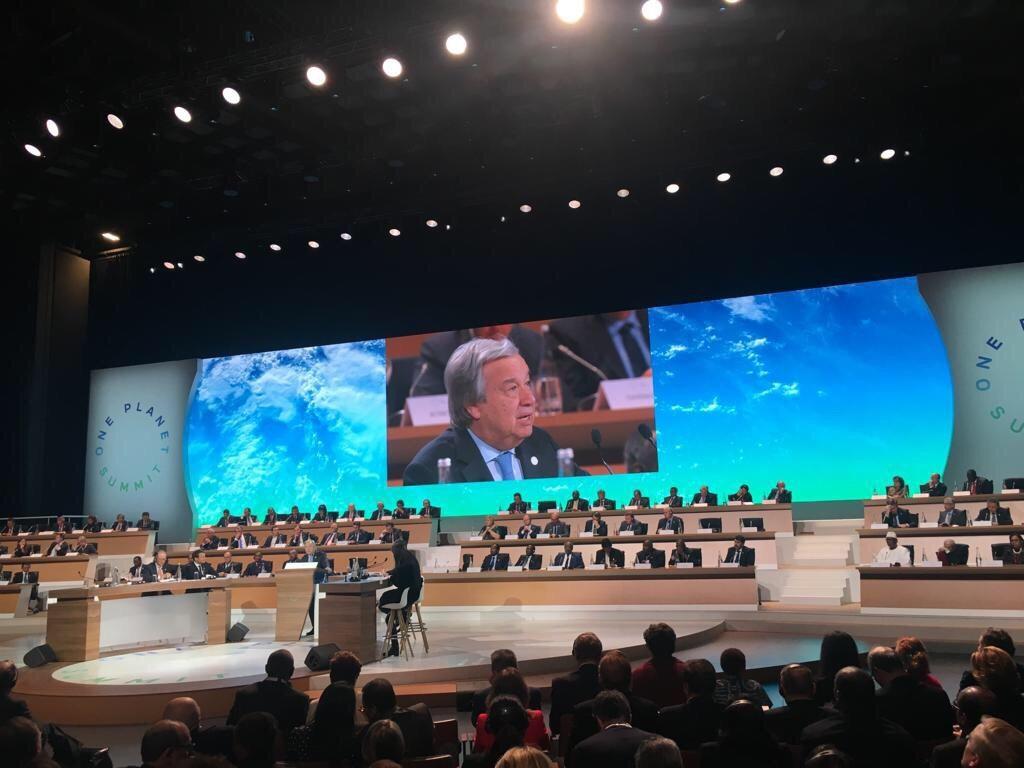 France was not successful in mobilising much of public finance. Credit: UN

To mark two years of adoption of Paris Agreement on December 12, 2015, French President Macron hosted a climate summit in France on December 12 with the World Bank President Jim Yong Kim and UN Secretary-General António Guterres. The key agenda of the summit, referred as One Planet Summit, was to mobilise climate finance—both public and private—to meet the goals of the Paris Agreement to restrict dangerous rise in global average temperature and shift to sustainable and resilient economies.

However, even though private industry rose to the occasion and demonstrated their willingness to help switch from fossil fuels and increase resilience in vulnerable areas, commitments with regards to public finance were not encouraging. There was no upscaling of the Green Climate Fund, which has been further depleted with the US quitting the climate pact.

Moreover, there were no announcements on adaptation finance.

Key initiatives taken at the Summit:

Role of France in climate action

France has shown its willingness to fill the void left by the US. Earlier, when Trump announced his decision to pull out of the Paris climate deal, Macron responded by launching “Make Our Planet Great Again’ to scale up energy and climate transition. On the eve of the climate summit in France, French President announced $1.8-million to 18 non-French scientists to carry out climate research in France. The scientists will receive the grants over a three to five-year period. This July, France came out with its long-term plan to phase out coal plants and stop oil use by 2040. Experts although point out that France still heavily relies on fossil fuels for its economy and would be a while till the renewables replace fossil fuels.

By hosting the One Planet Summit, France has sent out a clear message that it recognises the global urgency to address climate change. However, at this very Summit, France was not successful in mobilising much of public finance. Only the PM of the UK pledged a modest £140 million ($164.5 million) to build climate resilience in developing countries. Instead, French President took considerable interest in discussing carbon pricing and climate risks in industries and lauding the industry initiatives at the Summit, giving pivotal importance to industry to address climate change while sidelining the role of states in addressing climate change. To demonstrate real leadership, France must mobilise other states in scaling up the ambition and financial commitments to meet the goals of Paris Agreement.