The plan pushes for gender-responsive climate policy and action, and for equal representation for women at the global climate meet 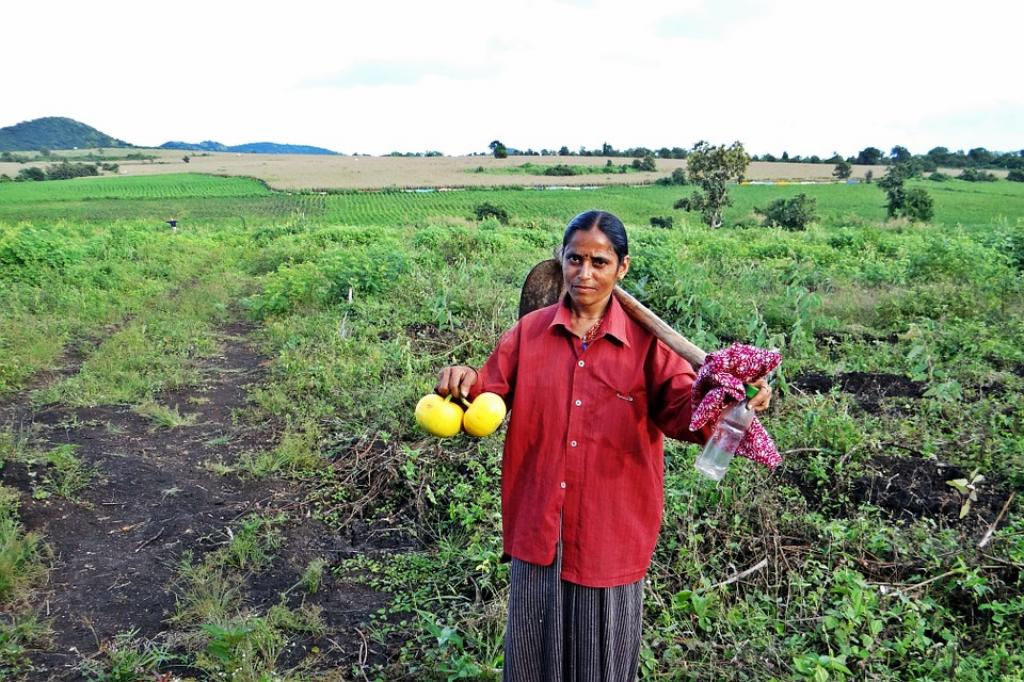 Tens of millions of women in Sub-Saharan Africa and India walk every day to fetch water for their households, being the traditional providers of this important resource. With increasing frequency and intensity of droughts due to climate change, these walks are likely to get longer and take more of each woman’s time, away from school and employment.

This is one of the many ways in which changing climate interacts with gender, due to specific social roles assigned to women. With less access to resources than men, they stand especially vulnerable to the impacts of climate change.

“Women are active agents in responding and adapting to the impacts of climate change and engaging in mitigation strategies. If policy and action do not address climate change’s varying impacts on women and men and promote gender equality, global gender inequalities will increase,” notes the CGIAR Research Program on Climate Change, Agriculture and Food Security (CCAFS).

A key development at the 23rd annual Conference of Parties (COP23), ongoing in Bonn, Germany is one of the first steps towards addressing gender-related environmental problems and ensuring equal representation of women at policy-deliberation platforms like this one.

“There is an inextricable link between creating a more just society between countries, between people, between women and men, and fighting climate change. We simply cannot solve this great challenge without equitable rights and access to natural resource management, financing and decision-making. Women around the world have been on the frontlines of local, sustainable climate solutions that turn our current system on its head and truly invest in people and communities. Gender equality and human rights are central to effective climate action,” says Bridget Burns, co-director of non-profit Women’s Environment and Development Organisation (WEDO).

Through the two year plan, UNFCCC targets inclusion of gender in climate policies and programmes, initiate dialog on the issue in its working group meetings, promote funds for participation of female delegates in its meetings, and organise training programmes for women at local levels.

Progress of parties and the UNFCCC will be tracked through reports on availability of information on gender and climate, its integration in adaptation and the progress in policy-making. The Climate Technology Centre and Network will also make a report and give its recommendations on development and transfer of technology, taking gender into account.

"This plan serves as an important accelerator in advancing multiple mandates for gender equality that exist under the UNFCCC, across mitigation, adaptation and support. But, the test will of course be in the implementation. For a truly gender-just climate change framework, while the GAP is a critical tool, we must continue to demand climate justice from the process," Burns adds.

Critiquing the plan, she says, “It offers a wide array of activities that countries could pursue to enhance existing mandates on gender, however it is weak on specific targets or indicators of 'success' as well as clear financial commitments.”

But she’s quick to explain the way forward, “That is not uncommon in this process as a whole, and why the role of civil society, as well as decision-makers at national level is so critical for effective implementation, because the words on paper will not themselves lead to action without further steps and commitment by countries.”

“WEDO and its allies will be holding governments accountable, both developed countries in putting serious financing into gender-responsive policy development as well as all countries in fulfilling human rights via their climate plans,” she says.

Gender, in relation to climate change, was first recognised on this global platform in 2001 at COP7 as the first stand-alone decision on enhancing gender balance and women’s participation. Then in 2010, at COP16, references to gender were included as important part of climate action. In recent years, the progress has accelerated with new developments on the gender front at every COP since 2013. An important milestone was the inclusion of gender in the preamble of the Paris Agreement which was signed at COP21.

The GAP specifies targets and deliverables up to 2019, but Burns is certain that work will continue beyond that.