India needs to identify risks in each sector and safeguard them from climate change as we move forward, says experts 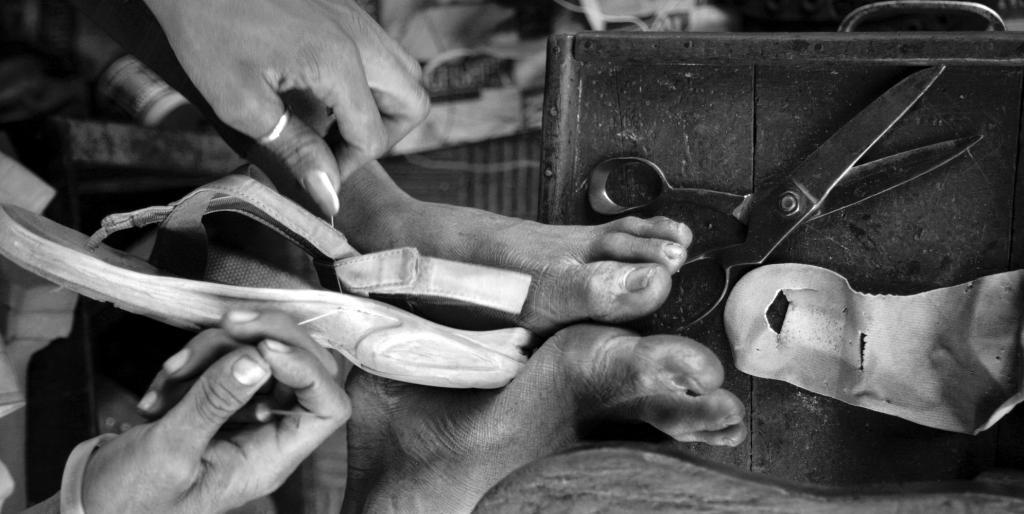 The manufacturing sector in India is vulnerable to climate change.

Increases in the number and days of rainfall and severity of downpour, due to human-induced climate change, may deal a blow to global economic growth, a new study has suggested.

These changes are likely to take a higher toll on the manufacturing and services sectors, according to the findings published in Nature.

Extreme rainfall will affect every sector. “But if you look at the total gross domestic product (GDP) output, agriculture’s share is low. The biggest value addition happens in the services and manufacturing sectors,” Vaibhav Chaturvedi, fellow at the think tank, Council on Energy, Environment and Water (CEEW), told Down To Earth. He was not involved in the study.

An earlier study had estimated that an increase in global mean surface temperature by about 3.5 degrees Celsius (°C) could reduce global economic output by 7-14 per cent in 2100. The findings suggested that the damages could be more significant in tropical and poor regions.

In the present study, researchers from Potsdam Institute for Climate Impact Research looked at how rainfall patterns hurt the economy. The group compared daily rainfall data with subnational economic output from 77 countries between 1979 and 2019.

An increase in the number of days with rainfall exceeding one millimetre led to a substantial decline in growth rates. A rise in extreme rainfall days contributed further to this loss, the study found.

Extreme daily rainfall is the annual total of rain on days that exceed the 99.9th percentile of the distribution of daily rainfall between 1979 and 2019.

“This suggests that increases in both the number and severity of extreme rainfall days within a given year reduce economic productivity,” the researchers wrote in their study.

These findings provide important insights on the actual costs of climate change, Leonie Wenz from the Potsdam Institute for Climate Impact Research and one of the study’s authors said.

The study suggests that increasing wet days and extreme rainfall will likely hit prosperous countries harder. This is because these countries rely more on the manufacturing and services sectors.

In India, the agriculture sector is the most impacted. This is because of the quantum of the people involved and the economic share that agriculture provides, Abinash Mohanty, programme lead in the Risks and Adaptation team at CEEW, told DTE. “Then comes the manufacturing and services sector,” he added.

Between 2020 and 2021, the share of agriculture in total employment stood at 39.4 per cent. The percentage share of Gross Value Added to the country was 20.2 per cent during the same period.

Small and marginal farmers suffer the most. “When the monsoon starts going haywire, it is a very scary situation for the Indian farming community,” Chaturvedi said.

Between September and October 2021, India witnessed 125 extremely heavy rainfall events — the highest in five years, according to data from the India Meteorological Department (IMD). It is considered ‘extremely heavy’ when rainfall crosses the 204.4 mm mark.

Events like these are shocks to India’s agrarian economy. Recovering from this is hard for the farming community, Chaturvedi said.

The study also offers important lessons for India as the country aims to become a manufacturing hub. The sector currently contributes roughly 17 per cent to GDP. Its share in employment was 7.3 per cent in 2020-2021.

According to India Brand Equity Foundation projections, India can add more than $500 billion annually to the global economy.

But the manufacturing sector is vulnerable to climate change. It “is heavily dependent on supply chains and supply chains are heavily disrupted during extreme weather events,” Mohanty said.

The study by Wenz is a reminder to invest in adaptation. “Shocks only happen when we are not ready,” Chaturvedi said.

Farmers in Tamil Nadu’s Nagapattinam, faced with saltwater intrusion, are cultivating salt- and water-tolerant crops, Chandra Sekhar Bahinipati, assistant professor at Indian Institute of Technology (IIT), Tirupati, told DTE. He estimated that 30-40 per cent of them have done so.

Altering sowing dates, investing in irrigation and availing insurance in addition to changing crop varieties, are some of the adaptation options available to farmers.

Barring a few instances, there’s limited evidence on what farmers are doing on the ground, Bahinipati pointed out. Studies in this area are scarce, especially from North East India, Kerala, and Karnataka, he added.

Finding answers to what farmers are doing would enable researchers to assess the positive and negative impact of these adaptations, Bahinipati added.

This information will help craft appropriate policies and instruments that help farmers cope better with shocks, a report from the Central Research Institute for Dryland Agriculture read.

Mohanty also shares this view. He said there had been instances of communities coming together to mitigate risks. “These solutions have never been extrapolated or scaled up. Mapping of best practices is important to scale these ideas in a larger context,” he said.

A few studies have conducted field surveys. One found class differences in how farmers adapted to climate change. Another observed that educated farmers were more likely to change agricultural practices.

Bahinipati also highlighted another issue: Studies on adaptation have a small sample size. A study that has surveyed 500-2,000 households in Andhra Pradesh does not represent the entire state, the IIT scientist explained.

Also, a one-size-fits-all adaptation approach will not work as India has different agro-climatic zones. “A measure having a positive benefit in Gujarat might not have the same effect in Andhra Pradesh,” he said.

One solution, according to Bahinipati, would be to incorporate climate-related adaptation strategies data in the Situation Assessment of Agricultural Households and Land and Livestock Holdings of Households in Rural India report. This is brought out by the National Sample Survey Organization (NSSO).

“The NSSO can be used as a representative of India because they are surveying close to 50,000 households in India,” he said.

There’s more. India does not have data on losses in economic sectors, according to Mohanty. He said the CEEW is in the process of developing one such report.

This data is essential because there’s no empirical evidence to suggest manufacturing and services sectors will be impacted in India, Mohanty said.

India needs to identify risks in each sector and safeguard them from climate change as we move forward. Providing climate-proof infrastructure to the labour force in the manufacturing industry is a step in that direction, Mohanty explained.

The supply chain sector also needs protection. The whole ecosystem needs an overhaul in these changing times, he said.