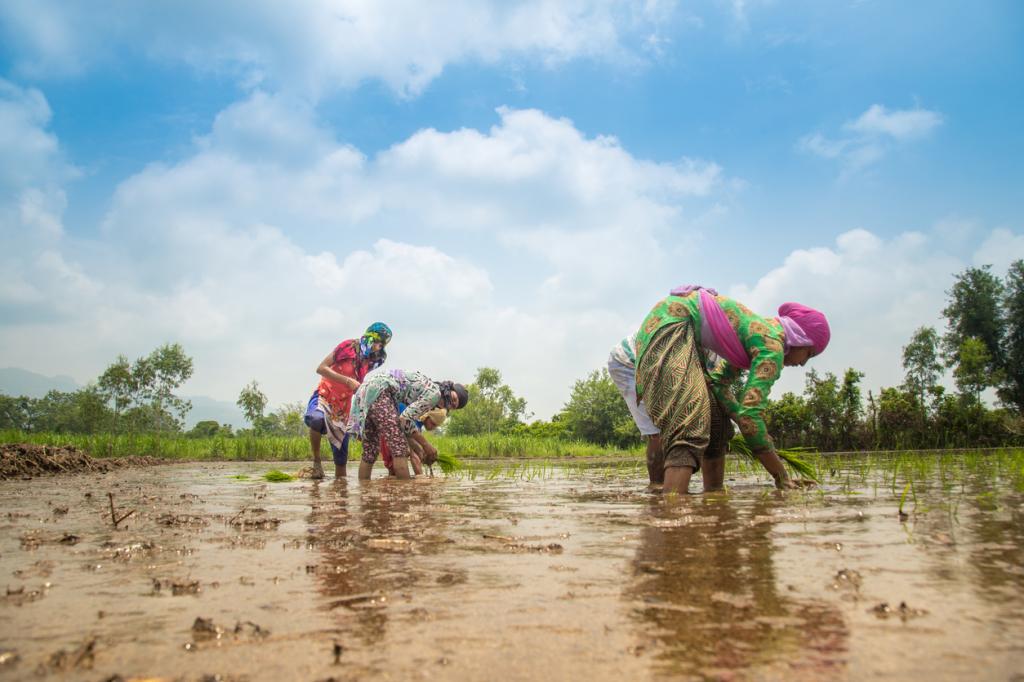 Rainfall five times higher than normal for January has destroyed thousands of acres of rabi crops in Odisha’s Nuapada district. The farmers who rely on the produce for food as well as cash said several stretches of pulses, potato, beans and other vegetables were also totally destroyed.

The state received 63.22 millimetres of rainfall this month, according to the India Meteorological Department.

Kedar Sabar, a small tribal farmer of Bendrabahal village, had cultivated gol chana (round pea) in his three acres of low land. It is a pulse crop that is sown in low land just a few days before paddy is harvested.

When sprouted chana plants are trampled under foot during cutting of paddy, it grows vigorously, said the farmer. The crop needs the soil to gradually dry for better growth and flowering. “But the rain this week destroyed everything, the flowers are decaying and falling."

Various other rabi crops like green gram, potato, red lentil, Bengal gram, Lima beans and onions have also been destroyed due to rain and water logging, Sabar pointed out. He spent about Rs 15,000 on seeds as well as hiring plough and labourers. "I would have got dal and onion for my consumption and a net income of Rs 35,000 this season had the rain not created problems," the farmer added.

Sanjay Tiwari, a farmer from Bendrabhai village, said over 150 farmers have been affected in his village. He added:

Almost all the farmers of our village cultivate pulses like chana, mung, biri, masur and onions in low land after harvesting paddy. These crops are both consumed and sold. This time, everyone has incurred heavy losses.

Many of the vegetable crops couldn’t recover after the rain. Krutibas Majhi of Badi village in Khariar block said cauliflower, which was his main crop of the season, was attacked by green larvae due to rain and fog. He spent Rs 18,000 on half acre land and hoped to earn over Rs 50,000 by selling the produce.

Their other crops like arhar, beans and ladies’ finger have also failed. “Supporting our family of 10 this year will be challenging,” said Majhi’s wife Basanti, who toiled hard for days to grow the vegetables.

The rain also affected paddy farmers who have been waiting for government procurement of their harvest. Asish Padhi of Budhikomna village under Komna block is a big farmer with 12 acres of land. On December 18, 2021, he took 60 quintals of paddy to the mandi (market) on December 18 as instructed by the civil supply department. “But the millers didn't turn out and my stock was not procured.”

There was no shed available at the market and left in the open, the entire quantity of his produce was damaged in the rain on January 11 this year. “Agents want me to sell the stock to them at Rs 1,200 per quintal, as much as Rs 760 less than the minimum support price.”

About 300 tonnes of paddy, brought by nearly 60 farmers along with Ashish, stacked in open space in Dunguripali mandi was drenched due to the rain on January 11 and 12. “More than a thousand farmers suffered a cumulative loss of about 5,000 MT of paddy in Nuapada district alone,” said Tiwari.

Water activist Ranjan Panda said that untimely rain has become a regular event due to the climate crisis. “Untimely and extreme rainfall events are increasingly battering farming communities,” he said.

The small and marginal landholders are suffering the most but the current spell of rains has ruined the prospect of large farmers as well, the expert added.

It is already established that climate change is going to increase the frequency of such extreme events but existing compensation and insurance schemes do not bring the needed respite, he added. We need a strong policy decision on climate financing and insurance schemes so that the deprivation can be minimised and distress migration checked, according to the expert.