The report says that climate change threatens the economic growth trajectories of India, Bangladesh and Indonesia 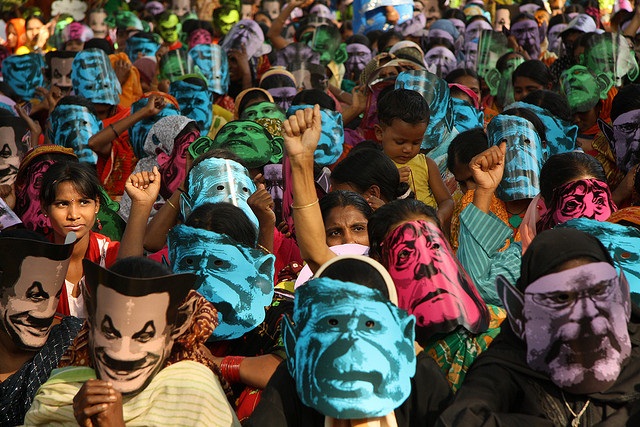 A report says that India, Bangladesh and Indonesia, which together constitute about a quarter of the world’s population, will witness drastic disruptions due to climate change.

The report, The Changing Climate of Livelihoods: Case Studies from Bangladesh, India and Indonesia, was released by the JustJobs Network, a global jobs think-tank, in collaboration with Union to Union, a Swedish non-profit, and Observer Research Foundation, a public policy think-tank in India.

According to the report, climate change not only threatens the economic growth trajectories of India, Bangladesh and Indonesia, but also reverses the gains made by these nations so far.

Climate change, through both sudden disasters and protracted changes over time, will have a devastating effect on jobs and income, the reports adds.

Obstacles in finding employment give rise to mostly temporary and circular migration. This not only deprives workers of their income, but in many cases their rights and community networks are also disrupted, according to the report.

This is especially true in the absence of strong and stable governance, worker protection measures, social safety nets and institutions that provide basic services, it says.

Stating that climate change particularly affects the poor, the report adds that marginalised groups such as women are most likely to bear the brunt of the challenges posed by climate change.

The report says that migration induced by climate change can lead to oversaturation of labour markets, especially in the urban areas.

This will cause slump in wages and working conditions, accelerating the rise of precarious work arrangements and informality, besides giving rise to exploitation.

However, the silver lining is that climate change will also create opportunities as governments, businesses and workers act together to mitigate emissions and adapt to the changing environment, the report reads.

Advocating that policymakers in these nations must adopt legislation and implement policies to protect the rights of migrant workers, the report adds that collaborating with the private sector to enhance the capacity of workers is required on the policy-making front.

The cooperation will aid adjustment to changes through active labour market programmes such as skills training and labour market matching, the report says.

Moreover, policymakers must invest in sectors such as renewable energy, which not only helps the environment, but also generates employment, it adds.

Adapting to the loss of livelihood, particularly in the agriculture sector, is of prime importance, according to the report.

It expects a rise in opportunities in areas like renewable energy, supply chain management, and disaster management. However, these will not be at the scale necessary to create enough opportunity for all those that will be affected, the report adds.

It states that the impact of climate change on livelihoods and people is lost amidst discussions on subsidies and targets for emission reduction.

The experience of these three nations highlights a reality that must feature prominently in debates on how to mitigate, and especially adapt to climate change, the report says.

Governments, businesses and trade unions will have to play their part in ensuring that people have access to more and better jobs in order to make these transitions as painless as possible.