Different elements including means of implementation, equity and adaptation being interpreted against the spirit of UNFCCC by developed countries 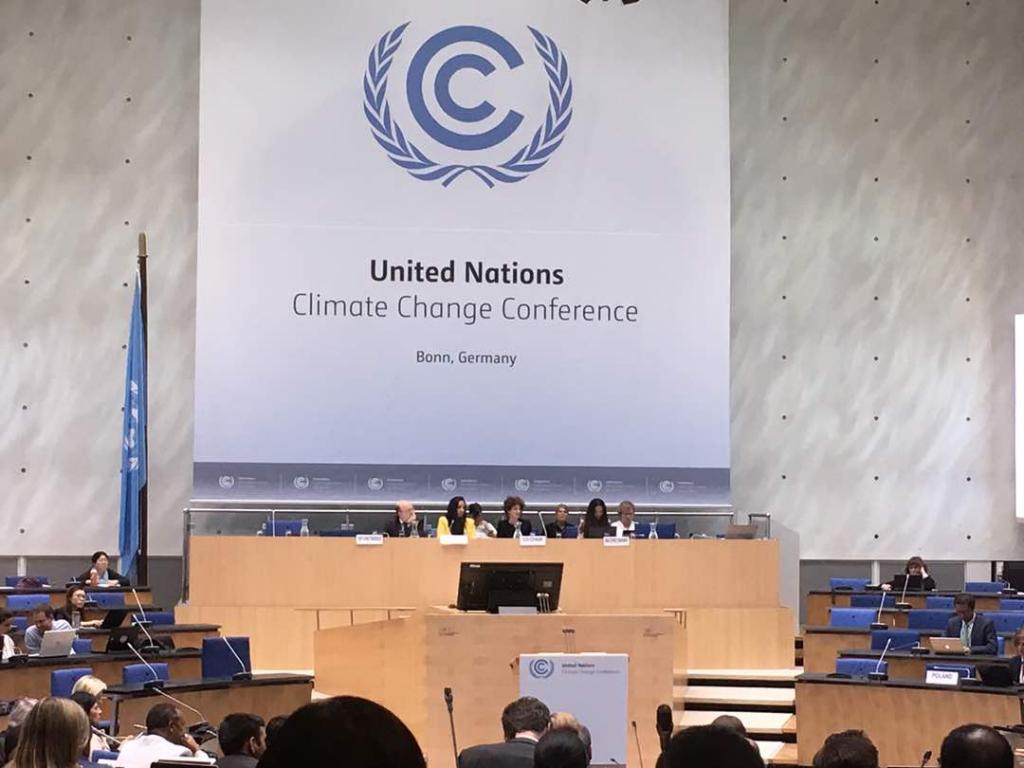 On Day 5 of the Bonn climate talks, India's views on equity were welcomed and endorsed by Brazil, speaking on behalf of itself, Uruguay and Argentina Credit: Vijeta Rattani

Negotiations on Day 5 of the climate talks at Bonn were overshadowed by developed countries taking a non-cooperative stance on various issues including Global Stocktake (GST), transparency framework, loss and damage and others

On GST, developed countries argued that means of implementation, a component of GST, should have a broader framing as it is in a broader context and be presented in the light of collective efforts. Their view clearly implies that the scope of means of implementation should include support provided by developing countries too. According to the principles and mandate of the United Nations Framework Convention on Climate Change (UNFCCC), developed countries are required to provide means of support to developing countries in their efforts to switch to a low carbon economy scenario. Developed countries’ proposals to carry out the process of GST was also mainly mitigation-centric, said Saudi Arabia, speaking on behalf of the Arab Group.

Further, developed countries were not interested in including loss and damage within the ambit of GST as proposed by some developing countries mainly falling within the Alliance of Small and Island States or AOSIS group. Principally, India is not against exclusion of loss and damage in GST though the official stance on GST does not reflect it.

Speaking on equity, India on Day 5 elaborated that it largely relates to the right of development and eradication of poverty. It said, “We need to understand how climate change has a bearing on equitable access to sustainable development.” Stressing on the principle of common but differentiated responsibilities, India said that common responsibilities are reflected in the submissions of Nationally Determined Contributions or NDCs by all Parties. However, differentiation in responsibilities should also be reflected. Its views were welcomed and endorsed by Brazil, speaking on behalf of Brazil, Uruguay and Argentina.

There is still much work and discussions that would be involved to discuss sources of input, modalities, the actors involved, operationalisation of equity, the issue of linkages, output and how it would help in raising ambition of the Parties.

On all agenda items falling under the Adhoc working group on the Paris Agreement or APA, developing countries, represented by G-77 and China, put forth at the contact group meeting that issues central to the developing countries were being given imbalanced treatment, lesser time and different methodological approaches. Developing countries pressed for equal treatment of mitigation and adaptation issues, and that the balance of treatment of transparency of action and transparency of support and the linkages between actions and support need to be recognized. They argued that the developed countries were re-interpreting the language of the UNFCCC to their interests and convenience.