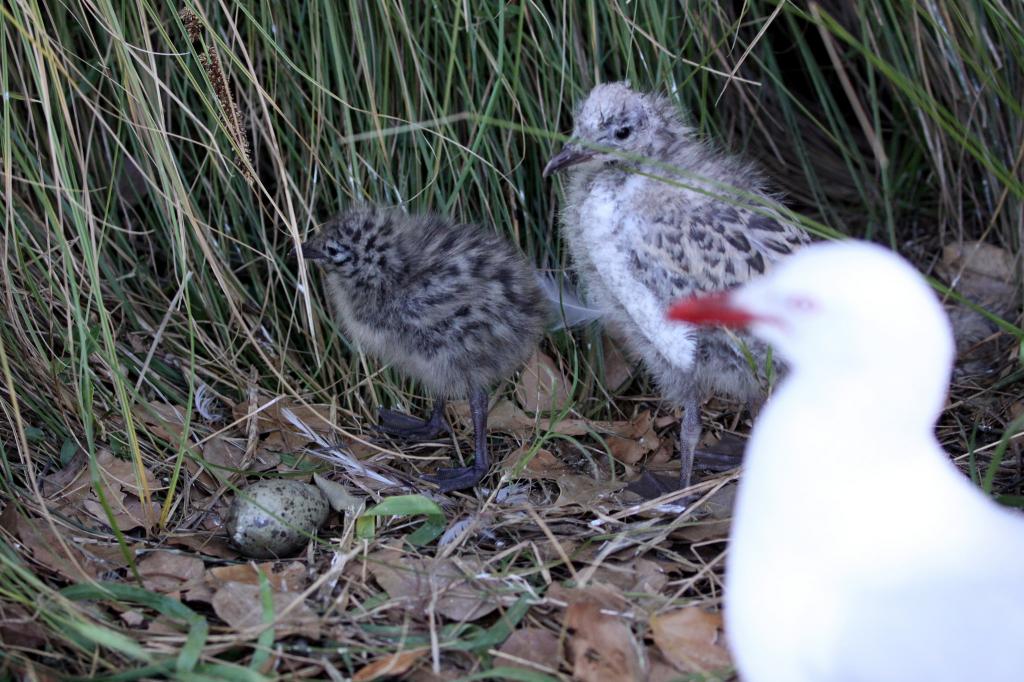 The highest percentage of cannibalism occurred between 2007-2010 when nesting seasons were preceded by rising sea temperature. Credit: Francisco Martins / Flicker

It has been desperate times for the gulls in Protection Island, a wildlife refuge in the Strait of Juan de Fuca in Jefferson County, Washington. The 380-acre island has the largest nesting colony of gulls in Washington.

A study, published in the journal The Condor, conducted over a period of six years found that gulls were eating eggs laid in the beach-nests in the island.

Jim Hayward, lead author of the study, has been studying seabirds, bald eagles, and harbour seals in Washington State since the 1970s. He also co-directs the interdisciplinary Seabird Ecology Team, which develops mathematical models to forecast the behavioral ecology of marine animals.

The team of researchers observed a direct correlation between hatching rates of gull eggs and the sea surface temperatures. As sea surface temperatures rose, the hatching rates of the eggs dipped. Throughout each laying season (late May to mid-July) from 2006–2011, the researchers monitored beach-nests on foot, in the late afternoon. They computed that every increase of 0.1 °C increased the chances of cannibalism by 10 per cent and reduced the chances of hatching by 10 per cent, if all other factors were held constant.

The gulls are territorial birds. The researchers observed that the gulls would pick up an egg from a neighboring nest and carry it back to its own nest before eating it. The highest percentage of cannibalism occurred during 2007 and 2010 when nesting seasons were preceded by higher than average sea-surface temperature linked to El Nino Southern Oscillation episodes.

As sea surface temperature increases, the planktons—microorganisms that form the base of the aquatic food chain—move deeper into the sea. The fish that feed on these planktons, thus, move deeper into the seas as well. The primary diet of many gulls (including the species that the researchers work with) is commonly fish, which often become less abundant when sea surface temperatures are high, as during El Nino events. Thus, gulls have to forage further to find food.

The study has not concluded whether rise in sea surface temperatures impact overall population trends as Gulls are multi-year breeders. If they experience reproductive failure during one or several El Nino-Southern Oscillation–related events, they typically have other opportunities to breed.

Declining trend in cannibalism despite rise in temperature

‘Marine species distribution’ is one of the seven new indicators of climate change added to the list published by Environmental Protection Agency, United States. Migration of marine species is a good indicator of climate change as fish have far fewer physical barriers to restrict their movement. They also do not have any fixed nesting places that may compel them to stay in one place. Therefore, studies have found that fish migrate due to seasonal changes in temperature, moving northward or deeper into cooler waters in summers and migrating back in winters. As fish change their territories, larger predators tend to follow them.