Rise of 1°C will result in the release of 30 petagrams of carbon, which is almost twice the amount emitted due to human activities annually 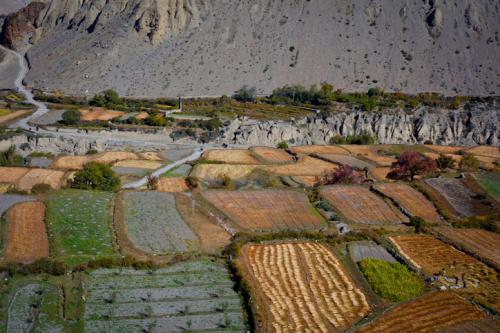 Soil holds majority of Earth’s carbon and warming of the planet is triggering its release into the atmosphere, a new study published in journal Nature points out. More carbon dioxide in the air would accelerate planetary warming.

Authors of the paper analysed data from 49 sites in different ecosystems America, Europe and Asia. They measured the carbon stored in soil core samples before and after warming. Researchers predict that over 55 trillion kilograms of carbon can be released by 2050 from soil in a business-as-usual scenario. This is about 17 per cent more than projected emissions because of human-related activities.

The paper says that temperature rise of 1°C will result in the release of 30 petagrams of carbon, which is almost twice the amount emitted due to human activities annually. As per most predictions, the planet is expected to warm by 2°C by mid-century.

The authors of the study believe that previous efforts to study carbon emissions from soil focused on temperate regions, where carbon stocks are smaller. Analysis revealed that the strongest predictor of the rate of soil carbon loss was the initial amount of carbon stored in the soil. Soils that hold the most carbon under current climate conditions also release the most carbon in response to warming.

Soil in northern latitude ecosystems, like tundra and boreal forests, have accumulated vast amounts of organic matter due to slow decomposition rates under cold conditions that limit soil microbial activity. “As the soil warms, microbial activity increases, and that stored organic matter is processed by the microbes and released as carbon dioxide or methane, both active greenhouse gases that can contribute to further warming,” says John Blair of Kansas State University, who was a part of the research team.

The study allows us to see past the conflicting results from single-site studies and capture larger patterns in the sensitivity of soil to warming. “Reductions in greenhouse gas emissions are essential if we are to avoid the most damaging effects of this feedback over the rest of the  century,” the paper suggests. Some basic conservation practices like use of conservation or no-tillage approaches in agriculture, use of cover crops, managing grasslands to minimise overgrasing in sensitive areas, and revegetation of marginal lands with perennial cover should be adopted widely.

However, a lot more needs to be done to keep carbon emissions under check, researcher Blair believes. "It is not likely, given the predicted large release of soil CO2 from unmanaged lands in northern latitudes, and the limited rate at which carbon can be stored in tropical and terrestrial soils, which is why other measures that reduce CO2 emissions will also be needed," he adds.