Northern, north-western provinces in Sri Lanka are the most likely to experience increases in average temperature and more variable precipitation by 2050 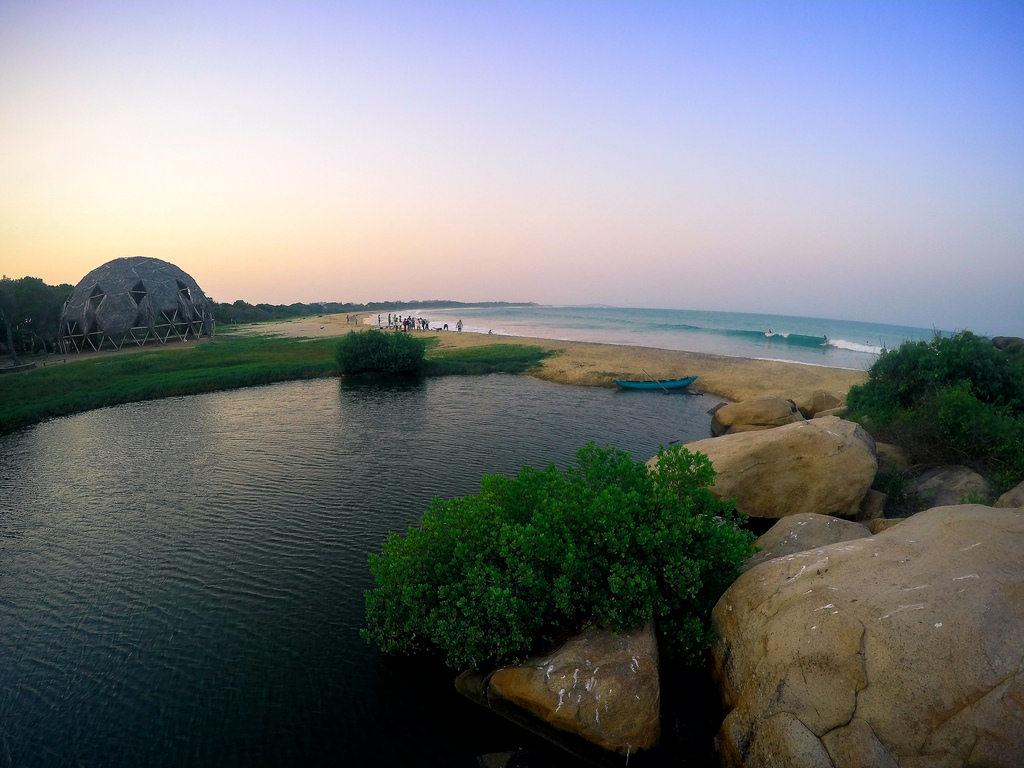 Sri Lanka’s average annual temperatures could rise by 1.0°C to 1.5°C by 2050 even if carbon emission reduction measures are taken as recommended by the Paris Agreement of 2015. Credit: binzend/Flickr

The report, South Asia’s Hotspots: The Impact of Temperature and Precipitation Changes on Living Standards flags that almost half of South Asia’s population now lives in vulnerable areas called hotspots that could see their living standards decline as a result of falling crop yields, lower labour productivity, or related health impacts. Some of these hotspots, the report notes, are already vulnerable as they are less developed, suffer from poor connectivity, and are water stressed.

According to the report, in Sri Lanka, areas in northern and north-western provinces are the most likely to experience increases in average temperature and more variable precipitation by 2050.  The analysis concludes that Sri Lanka’s average annual temperatures could rise by 1.0°C to 1.5°C by 2050 even if carbon emission reduction measures are taken as recommended by the Paris Agreement of 2015. If no measures are taken average temperatures in Sri Lanka could increase by up to 2.0°C.

“Weather changes will result in lower per capita consumption levels that could further increase poverty and inequality across South Asia,” said Muthukumara Mani, a lead economist in the World Bank South Asia Region and author of the report.

“Identifying climate hotspots will help policymakers prioritise resources and actions in specific locations and communities where they are the most needed,” he added.

The report provides options to prioritise investments and strategies to build local resilience to climate change. The analysis suggests that creating opportunities in less climate-sensitive sectors through enhancing education opportunities, improving market access, and generating non-agricultural jobscould reduce the overall severity of climate-related impact on the living standards of the vulnerable.  If these interventions were implemented together, they would likely yield greater benefits than if implemented individually.

The World Bank is working closely with the Government of Sri Lanka to support climate resilience and adaptation to climate change. The Climate Resilience Improvement Project is supporting investments to improve flood protection and resilience to landslides.

The proposed Climate Smart Irrigated Agriculture Project is scheduled for approval this year and will support improved water management for agriculture including the rehabilitation of irrigation systems in identified hotspot areas of the country.

“Development is the best adaptation strategy, since it is associated with improved infrastructure, market-oriented reforms, enhanced human capabilities, and stronger institutional capacity to respond to the increasing threat of climate change and natural disasters,” added Mani.