Over 528,000 died in last two decades due to extreme weather events; low-income nations most affected

Out of the ten most affected countries (1997–2016), nine were developing countries in the low-income or lower-middle income categories 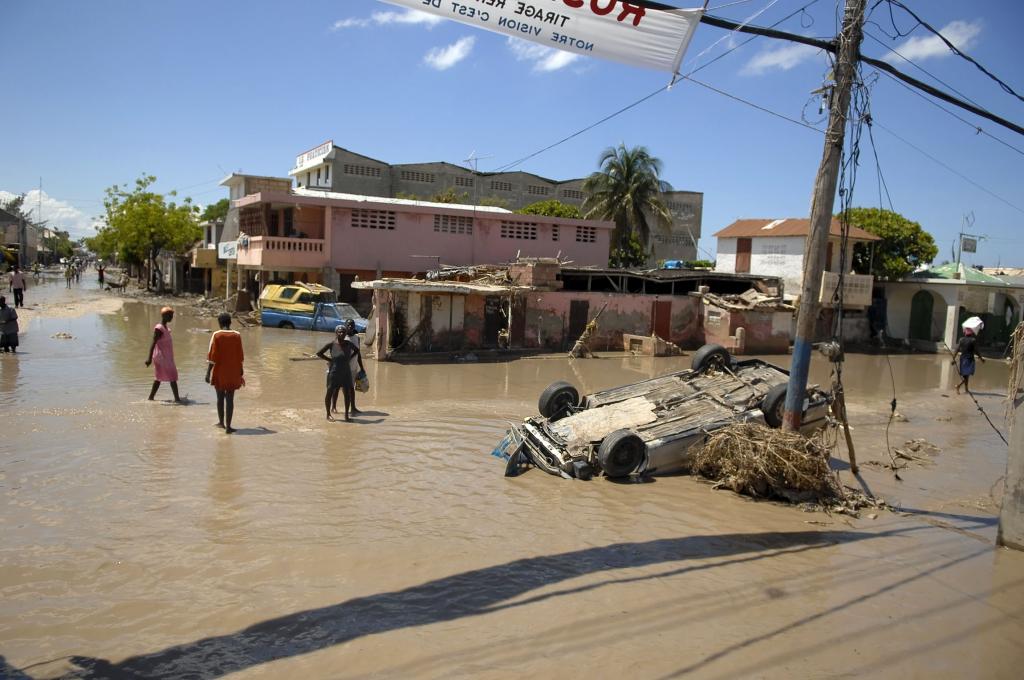 Most of the affected countries in the bottom 10 of the long-term index have faced exceptional catastrophes. Credit: Wikimedia Commons

Between 1997 and 2016, more than 528,000 people died globally and world incurred loss of US$ 3.08 trillion (in PPP) were incurred as a direct result of almost 11,000 extreme weather events. The Global Climate Risk Index (CRI), developed by Germanwatch, was released at COP23 in Bonn on November 9.

The Germanwatch Global Climate Risk Index, which has analysed the quantified impacts of extreme weather events—both in terms of fatalities and economic losses—reveals that Honduras, Myanmar and Haiti were most affected by extreme weather events between 1996 and 2015 with Dominica, Malawi and Mozambique featuring at the top of the list of the most affected countries in 2015.

Despite this, the issue of climate-induced loss and damage continues to be neglected globally.

Africa, the host continent of the COP22 in 2016, is severely affected by climatic events with four countries ranking among the 10 most affected in 2015—Mozambique (1st), Malawi (3rd), Ghana and Madagascar (joint 8th position). 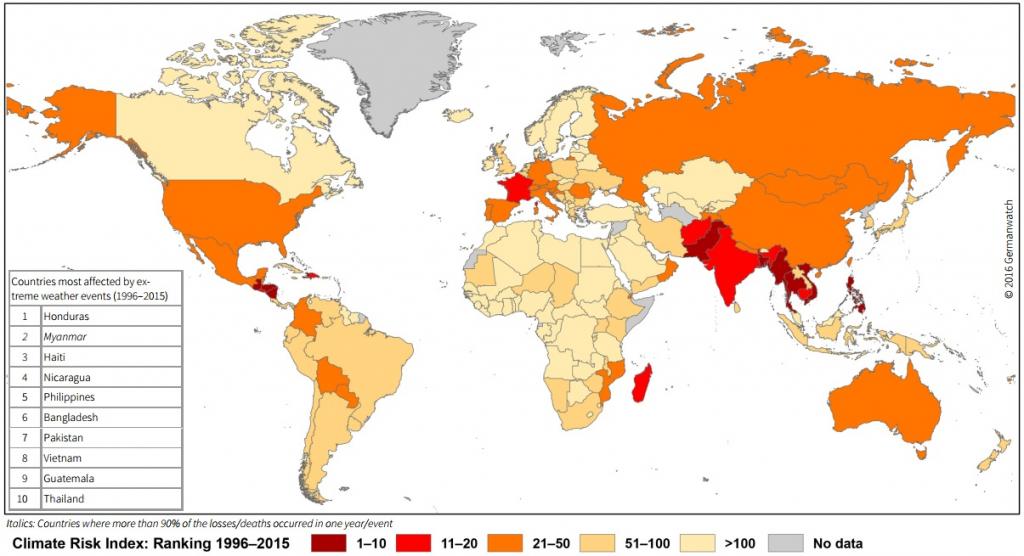 More importantly, out of the ten most affected countries (1996–2015), nine were developing countries in the low-income or lower-middle income country group. “Industrialised nations must do more to address climate impacts that they are beginning to feel at home. Effective climate protection is, therefore, in the self-interest of these countries. For instance, the US ranks tenth in the 2016 index, with 267 fatalities and US$47.7 billion in damages in that year caused by extreme weather,” says David Eckstein of Germanwatch.

READ: By 2050, climate-related disasters could cost US $35 billion a year: audit report

Going by this report, heavy rain, floods and landslides were the major causes of damage in 2015. “A high incidence of extreme precipitation supports the scientific expectations of accelerated hydrological cycles caused by climate warming,” the report argues.

The report highlights that most of the affected countries in the bottom 10 of the long-term index have faced “exceptional catastrophes”. “Low-income countries are disproportionately hit. The report gives a clear message of increasing adaptation and mitigation actions,” says Vera Kunzel, one of the authors of the report.