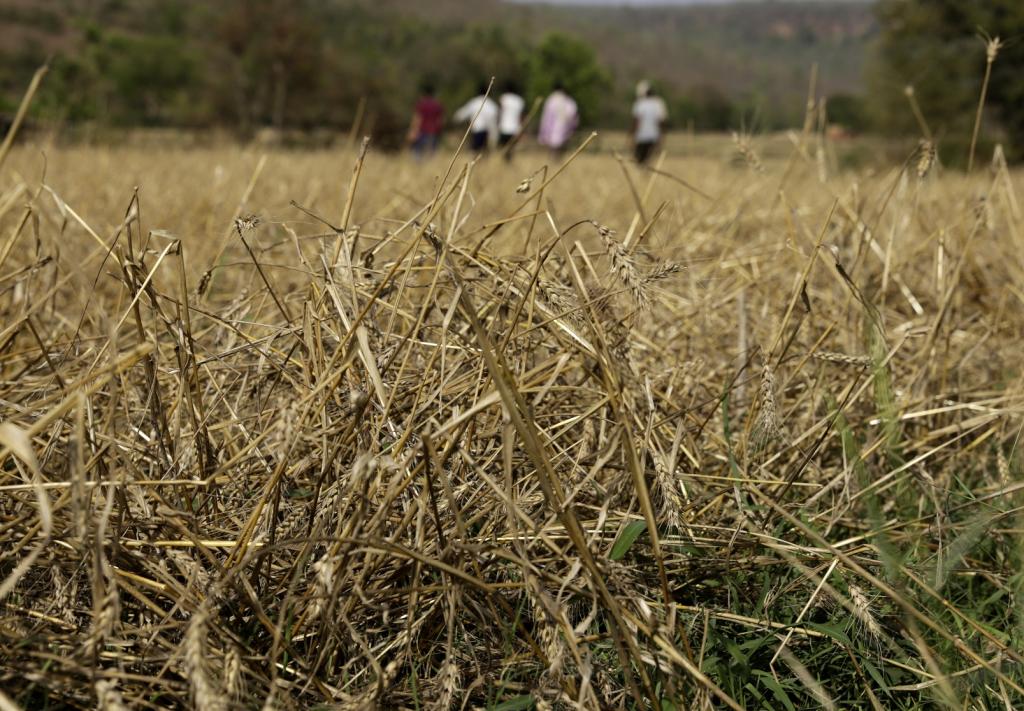 Climate change is one of the major reasons that farmers are losing a good part of their income. Credit: Vikas Choudhary

When farmers were already trying to cope with the losses they had incurred after the last hailstorm in February, March 4 saw fresh hailstorms in Rajasthan, Haryana and Uttar Pradesh. After losing 50 per cent to 90 per cent of their standing crops to storm and erratic rains, several farmers’ organisations now seek compensation.

“Mustard, barley, wheat and grams were destroyed in many parts of Rajasthan. So we demand immediate relief for farmers,” says Rampal Jat of Kisan Mahapanchayat, a Rajasthan-based farmers’ organisation.

According to a media report, more than 124,000 hectares of farmland spread over 1,086 villages in Maharashtra was affected by unseasonal rains and hailstorms in early February.

Climate change is one of the major reasons that farmers are losing a good part of their income. The Economic Survey 2017-18 also said that climate change cuts farmers’ income by one-fourth. The extreme rainfall it causes affects 6.7 per cent of the total expected yield of rabi crop, which reduces income of farmers by 20-25 per cent in un-irrigated areas.

While February and March saw hailstorms and unseasonal rains, the country received the century’s lowest rainfall during January and February. The showers were patchy too as most areas saw deficient rainfall and others saw no rains at all. This is also a by-product of climate change.

In these two months, the country received 15.4 mm rainfall against the average of 41.4 mm, which shows a 63 per cent drop.

Other reasons for vagaries of weather

According to India Meteorological Department (IMD), the La Nina conditions and the influence of western disturbances could be affecting the weather pattern.

Western disturbances are low-pressure areas embedded in the Westerlies, the planetary winds that flow from west to east between 30°-60° latitude. They usually bring mild rain during January-February, which is beneficial to rabi crop. But in the past few years, western disturbances have been linked to disasters.

Western disturbances are formed naturally. They originate in the Mediterranean region and travel over Iran, Iraq, Afghanistan and Pakistan to enter India loaded with moisture, where the Himalayas obstruct them, causing rain and snow in western Himalayas. The snow adds to the glaciers which provide water to India’s major perennial rivers. But what is it that is making this beneficial weather phenomenon increasingly disastrous? There is no unanimity among scientists on the reasons behind the changes in the phenomenon. They offer a number of explanations: easterly wave, Pacific decadal oscillation, jet streams, heating of the Tibetan plateau, Arctic warming and other regional factors.