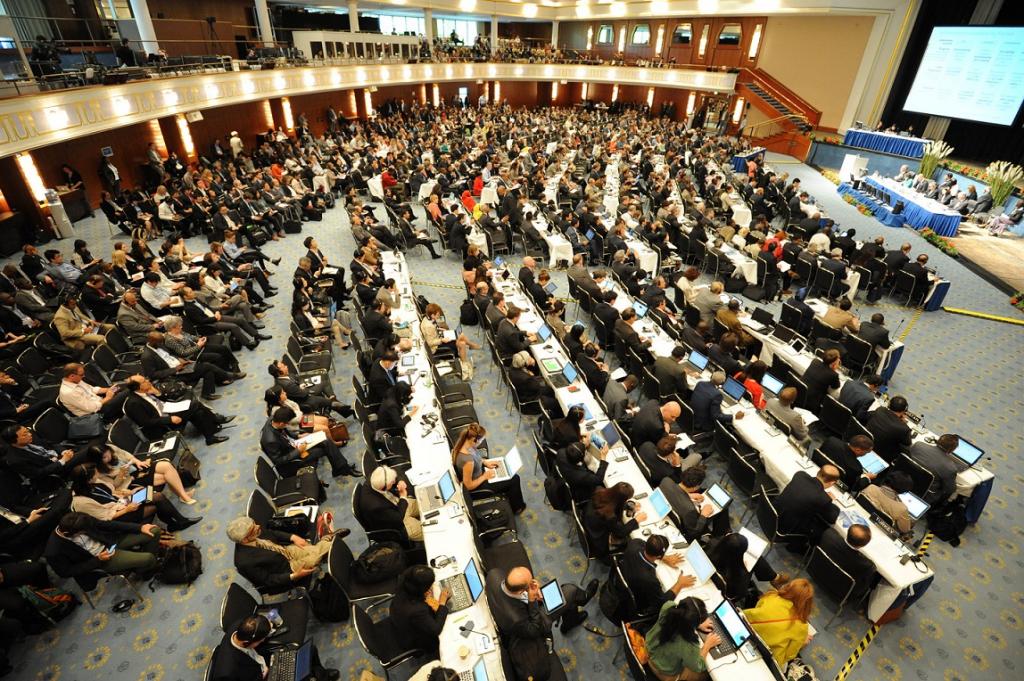 The two-day Suva Expert Dialogue on loss and damage, one of the main consultation sessions planned at the ongoing intersessional climate summit at Bonn, ended on May 3. The dialogue was organised to deliberate on issues in the mechanisms set up so far to address losses and damages caused by climate change impacts. The expert dialogue came about in response to a call by developing nations during last year's COP for a separate agenda item on loss and damage to tackle issues related to finance, technology transfer and capacity building while dealing with climate change impacts.

Six informal discussions held over the two days were attended by experts from various fields, from the civil society as well as national delegation members. The idea behind the discussions was to capture the gaps in the way loss and damages are being assessed and compensated around the world, and options to bridge these gaps.

Fair and just redressal mechanism for loss and damage

The first day saw four meetings on the various aspects of risk management—risk assessment, risk transfers, risk reduction and risk retention, held in two parallel sessions. Over the course of the deliberations, participants circled around longstanding issues and gaps in the loss and damage addressal systems that have been put in place within the UNFCCC framework. Several participants raised the issue of communication gaps and support not reaching those who require it the most. Further, technological gaps regarding downscaling were also raised in the context of risk assessment and reduction.

Over the discussions, it became clear that differential vulnerability, highly variable impacts and novel conditions of current climate-related risks had put a spoke in the wheel when it came to pursuing fair and just redressal mechanisms for losses and damages.

Two back-to-back sessions on the second day sought to bring focus on management options for risks posed by extreme weather events and slow onset events, respectively. As on the first day, active engagement ensued in laying out how current mechanisms and financial instruments set up under the aegis of the UNFCCC were inadequate to deal with the mounting pressure of climate change on vulnerable populations. Interestingly, the aspect of "risk creation" due to human activity was also introduced in the discussions. However, how this shall be handled in terms of redressals is anybody's guess.

The mandate of the dialogue was clear: "to explore a wide range of information, inputs and views on ways for facilitating the mobilization and securing of expertise, and enhancement of support, including finance, technology and capacity building for averting, minimizing and addressing loss and damage associated with the adverse effects of climate change, including extreme weather events and slow onset events."

Finance even emerged the single biggest concern among participants in a snap poll conducted by the facilitators at the beginning of the two-day meet. But while lack of access to financial mechanisms of addressing loss and damage as well as lack of technical and institutional capacities were brought up repeatedly during the course of discussions and from various different perspectives, the options to effectively tackle the same were few and far between.

Unsurprisingly, one financial instrument that got a lot of attention was that of climate or weather-based insurance systems, which has been the financial instrument of choice so far in dealing with calamitous impacts of climate change. But insurance, too, as was pointed out several times during the course of the deliberations, is not without serious doubts that are currently far from being addressed. Insurance schemes and initiatives the world over have faced similar roadblocks in terms of affordability of premiums and the access of payouts following an extreme event or weather-related disaster.

As extreme weather events have become more common and devastating, insurance premiums have gone out of reach of small and marginal farmers, who commonly form the majority of the workforce in developing countries. In fact, doubts were even cast on the feasibility of insurance to cover climate risks much longer due to the increasing uncertainty surrounding the destructive potential of extreme weather events.  However, even as participants urged repeatedly to think of insurance as just a small part of a much bigger issue, options and ideas for other possible financial instruments that could complement insurance did not materialise with the same frequency.

One option that was put forth was that of forecast-based compensations where funds could be released to aid the preparedness of populations to deal with climate events. The need was also expressed to move from deterministic to probabilistic approaches to deal with the impacts of climate change in the current age. However, nothing materialised much when it comes to creating new instruments and mechanisms that could counter climate impacts. A few disparate proposals for setting up of solidarity funds, climate change taxes and the creation of regional pools to fund insurance and compensation efforts were floated, but discussions on none of these reached a stage were a path to operationalisation was clearly visible.

Another gaping hole in the loss and damage mechanisms currently in place is slow onset events. We have known for decades how climate change is causing major alterations in ecosystems, contributing to anomalously high sea level rise and land degradation by ways of desertification across large parts of the world. Still, there has been no effort till date to address displacements and food and water insecurity felt across the globe. That slow onset events had stumped the international community was clear in the final session of the two-day dialogue.

Given the predictable but unavoidable nature of slow onset events, insurance is scarcely an option to address them, but currently, there seems to be no alternative that could be relied upon but the institution of new mechanisms, specifically to address just these kinds of events that build up over years and decades.

As expected, issues of finance dominated discussions. However, overreliance on financial options overshadowed two other aspects of the mandate for the expert dialogue—those of technology and capacity building. While the successes and failures of insurance dominated discussions, there was rarely a mention of how technology and capacity could be built in vulnerable countries to reduce the cost of climate-related disasters by means of improved assessment and reduction of risks. The need and ways to streamline adaptation efforts for the same was another big miss over the two days. Discussions on these issues have been going on for more than a decade now, but there has been little progress on the ground.

A document will now be prepared based on the discussions and will be introduced as an input during the review slated for 2019, a year before the updated mechanism is due to be operationalised. The expert dialogue was undoubtedly an important step in the review process of the Warsaw International Mechanism, however, the two-day meeting might also be seen as a missed opportunity to present fresh ideas and look beyond just direct financial options to deal with the mounting impacts of climate change.