Proper implementation of government relief schemes, the impact of heat on workers, flexible working hours, should all be looked into, say experts 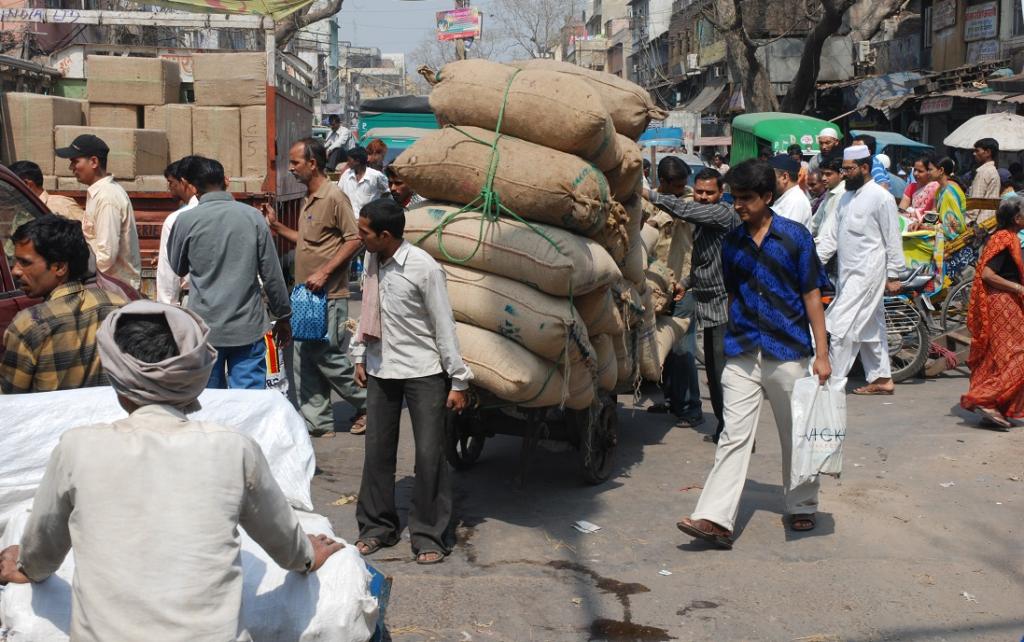 Extreme weathers have been part of our reality for a few years now. Summers, particularly, have been unforgiving for all, but acutely so for workers engaged in outdoor, physical labour — forget work from home, they don’t even have the option of moving indoors even amid killer heatwaves.

These are the people who keep the wheels of the economy turning: Transporting our goods from point A to B, delivering services at the doorstep and building infrastructure. Most anyway live on subsistence-level wages.

Down To Earth spoke to experts who were unanimous in their views that India needed to ramp up efforts to protect its labour force as heatwaves became more intense and prolonged.

Providing access to medical facilities and saving livelihoods should be the country’s focus, they added.

In 2021, 47.1 million people were a part of India’s labour force, according to the World Bank. Between July and September last year, the percentage of labourers in urban areas was roughly 47 per cent, Indian government data showed.

Heat stress occurs at temperatures above 35 degrees Celsius in high humidity, according to the International Labour Organization (ILO). Such conditions limit work capacity and productivity. If body temperature rises above 40°C, it could lead to heatstroke, according to experts.

“Heat stroke is the second most deadliest force of nature in India, killing over 20,000 people in the last 20 years according to government data. The most affected demographic group is men aged 30-45 years,” Avikal Somvanshi, senior programme manager, Urban Lab, Centre for Science and Environment, said.

Early symptoms should be identified and treated. Having a medical expert on-site and providing better access to better medical facilities is crucial, he added.

India should also focus on ensuring that labourers do not lose income, Abhinash Mohanty, programme lead in the Risks and Adaptation Team at the Council on Energy, Environment and Water told DTE.

The informal sector should be made climate-ready, he added. India is predicted to lose over 34 million full-time jobs in 2030 due to climate change, according to a report from the ILO.

Several states and cities have prepared heat action plans to guide extreme heat planning. For example, Odisha developed a website and an app to guide users to heat shelters and drinking water sources on highways.

Bihar has changed working hours for labourers under government schemes, closed markets in the afternoon and constructed roof structures in markets.

Gujarat has proposed cool roofs, which absorb less solar energy than a conventional roof, to beat the heat.

Bihar and Odisha have looked at rural impacts of heat much more than other states, Mukerjee noted.

However, more needs to be done, experts said. “We need to find effective ways to reach out to informal groups like street vendors,” the NRDC expert added.

Community-level awareness is not strategically in place, Mohanty said. Labourers are unaware, although contractors employing them have information on Standard Operating procedures, he added. It is essential, he said, to monitor whether guidelines are being implemented.

Daniel agreed. “Odisha had notified that labourers should not work beyond 11 am and 4 pm. But this is not being implemented properly. We have had reports of violations, where contractors engage workers during peak hours,” he said.

Providing alternate working hours will help. But that should be done without reducing working hours, experts told DTE.

“The resulting loss of income will be significant for labourers. States and private players should ensure that workers don’t lose pay,” Mukerjee highlighted.

“Male workers can work in the evening after peak hours to compensate. But women cannot do so. This needs to be looked into carefully,” Daniel said.

Amitava Guha, national convener of Jan Swasthya Abhiyan and national secretary at the Centre of Indian Trade Unions, said, “The hazards vary across different sectors. We need more surveys either by labour institutes or researchers to study the impacts. Sector-wise, studies will reveal the hazardous conditions people are pushed to work in.”

“Data on effects across sectors are missing in the country. We need to understand the hazard, vulnerability and the extent of damage — hard and soft losses — across sectors because of heatwaves,” Mohanty said. This, he added, is crucial to saving jobs.

“We need to identify heatwaves not just as seasonal anomaly patterns but as extreme events like cyclones, floods and droughts,” Mohanty said. “Similarly, we’ll have to develop contingency plans for heatwaves,” he added.

“Heatwaves should be made a part of a disaster management plan,” Daniel said.