A new study on emissions contributed by cattle challenges the IPCC's estimates, triggering a call to incorporate data from local livestock systems 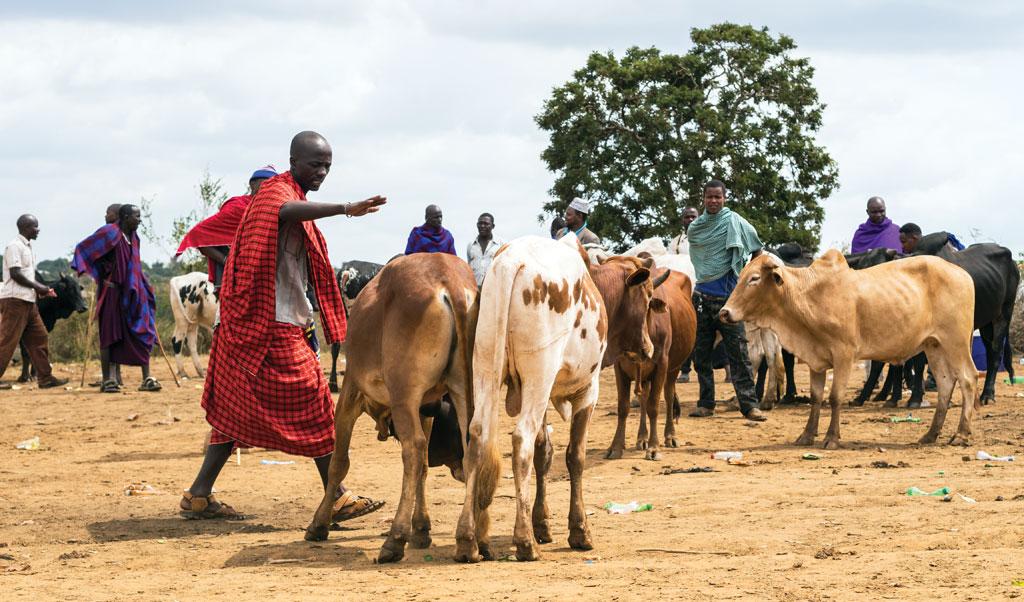 African livestock emissions could be as much as two times lower than IPCC estimates (Photo: ISTOCK PHOTOS)

The debate over the amount of livestock emissions contributing to global greenhouse gases (GHG) has always been contentious. India had earlier challenged the calculations of the Intergovernmental Panel on Climate Change (IPCC) saying that it is unethical to compare survival emissions with emissions from the industry. Now a new study has further shaken the pot. Methodologies adopted by the IPCC in estimating livestock emissions in Africa are now under the scanner.

The study is significant as nearly 65 per cent of Africa’s population derives its livelihoods from farming, livestock and freshwater fisheries. According to IPCC estimates, though livestock emissions account for only nine per cent of global carbon dioxide (CO2), it generates 65 per cent of human-related nitrous oxide and 35 per cent of methane, the global warming potential of which is 296 and 23 times that of CO2 respectively.

The scientists measured GHG emissions from livestock waste in Kenya, using two common breeds of cattle—the native Boran and the exotic Friesian. They studied whether diet could affect emissions in any way. Cattle were fed different diets, consistent with those frequently used in smallholder farms in east Africa. The researchers then used these locally derived factors to estimate emissions. The findings were published in the peer-reviewed Journal of Environmental Quality in June 2016.

The researchers blame the discrepancy in the “Tier 1” model used by the IPCC to calculate emissions, which is primarily based on studies carried out in Europe and North America. “The conditions under which livestock are reared in Europe, the feeds, climate and breeds most probably have led to this inconsistency,” says David Pelster, lead author of the study.

“In Kenya and most African countries, we have wet, dry, cool and hot seasons, and this changes the kind of feed that animals consume in different seasons. Hence, the amount of emissions in cattle manure varies. Animals used to low-quality feed tend to develop highly-efficient digestive systems to get the most out of the food,” says Pelster.

Ironically, the IPCC collects little or no data from the developing world for livestock, barring Brazil. The real GHG emission scenario could possibly be very different from what the IPCC has projected, says Lutz Mer-bold, a scientist with ILRI. The scientists suggest that global averages for emissions must take into account the different livestock systems in different parts of the world. This, they say, will enable governments and global agencies to design accurate mitigation models to combat GHG. “Getting the right data for GHG emissions in different livestock systems will also mean that it would be possible to know the stage at which the most-effective intervention mitigations can be made,” adds Pelster. So there may be a need to develop a “Tier 2” approach to measure emissions based on locally collected data.

Governments, on the other hand, may have to change the way they measure livestock GHG since they are now under obligation to report to IPCC every four years, and there is pressure to ensure that the emissions are kept under check to develop mitigation strategies. Wilbur Ottichilo, a climate expert and member of the Environment and Natural Resources Committee of Kenya’s national assembly, agrees on the need to incorporate local emission factors in GHG estimates. “Scientists should blend both local factors as well as those of the IPCC,” he says.

He emphasises the need for developing countries to conduct more local studies to generate data that can stand up to international scrutiny. “There have been reservations in many countries that the IPCC may be overstating emissions from livestock. So conducting scientifically sound local studies could help in correcting the estimates,” he adds.

“These findings call for further scientific studies to establish the accuracy of IPCC data on emissions based on various livestock productions systems, thereby improving knowledge and reducing uncertainty,” adds Merbold. The scientists hope the study will trigger more debate on the subject within the scientific community and lead to more investigations. “This is just the first crack,” asserts Pelster. “We need to invest in more studies in different locations,” he adds.

Evans Kituyi, senior programme specialist, climate change, at the Sub-Saharan regional office of the International Development Research Centre in Nairobi agrees with the study’s conclusions, adding that a “Tier-2” method would be acceptable for Africa. A consensus on livestock emissions within the scientific community could also help African nations to chart out a development path, not weighed down by the weight of emissions from livestock. “Countries preparing their Intended Nationally Determined Contributions could then take informed decisions on where and what they need to reduce.”