Thank you for not driving: Climate change requires anti-smoking tactics

What if we treated climate change as a health problem rather than an environmental one? There are lessons to be learned from the successful public health campaigns against smoking 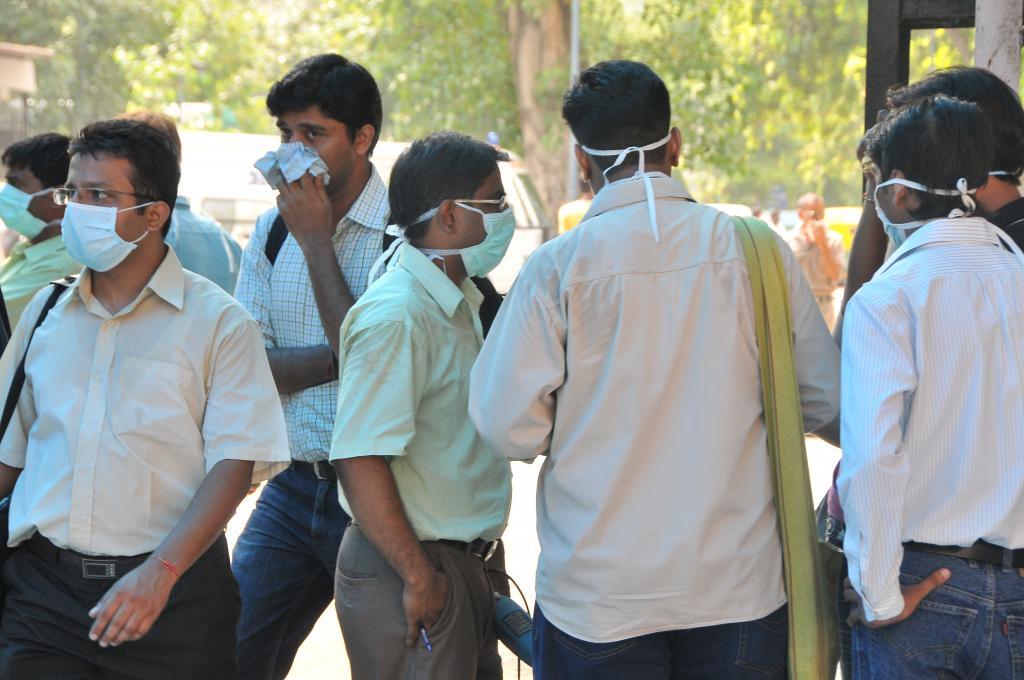 Just before the delegates for the annual Conference of the Parties on climate change started meeting in Bonn this month, the Lancet, the leading British medical journal, published yet another major study showing that climate change is a growing health hazard.

The study revealed that hundreds of millions of people around the world are already suffering due to climate change. Infectious diseases are spreading faster due to warmer temperatures, hunger and malnourishment is worsening, allergy seasons are getting longer and sometimes it’s simply too hot for farmers to tend to their crops.

But what would happen if we treated climate change as a health problem rather than an environmental one?

As an expert in the political economy of climate change, I contend we can learn useful lessons from some relatively successful public health campaigns. Take smoking, for example.

After all, most of climate change is caused because humans are burning fossil fuels at prodigious rates. This combustion generates carbon dioxide. It’s accumulating rapidly in the atmosphere, warming the planet and making storms, heatwaves and droughts an increasing problem for people in many places.

Cigarette advertising was actively promoting a hazardous product, and so the public health case was made for restricting advertising of cigarettes. Alarmed by the damage to human health caused by tobacco smoking, public authorities gradually transformed the public image of cigarettes from symbols of sophistication into objects of danger. Social life has now been largely disconnected from smoking.

Many countries require packaging that alerts smokers to the dangers of the “cancer sticks” they are purchasing, and many cartons carry dire health warnings. In some cases, images of the grievous bodily harm caused by prolonged exposure to tobacco smoke must be printed on cigarette cartons. It’s all designed to discourage smoking and make plain the damage it causes.

Campaigns against smoking have also emphasized the dangers to third parties, and children in particular, when they inhale second-hand smoke.

Now there are health hazards from another form of combustion. The health impacts of climate change are clear. So, perhaps it’s time to adapt the success of the campaign against burning and smoking tobacco to policy actions against burning gasoline and diesel in vehicles.

Like cigarettes used to be, internal combustion-engined vehicles are ubiquitous. According to advertisers, their possession and use apparently infers social status. Equated with freedom, despite the amount of time drivers spend stuck in traffic, gasoline-burning cars are supposedly the ultimate symbol of individualism, autonomy and power.

But they are hazardous to both the driver and other people as well. Internal combustion engines generate urban pollution. They cause climate change. Everyone is endangered by climate change whether they drive or not. Climate change is the automobile equivalent of second-hand smoke.

So, how about a ban on advertising internal combustion engine-powered vehicles? No longer could they be shown as a symbol of glamour and sophistication to young people. Instead, the consequences of their widespread use could be highlighted.

Cigarette packaging displays health warnings, so why not have gasoline- and diesel-fueled cars decorated with images of disasters, floods, damaged buildings, hurricane devastation and the like?

Consumer choice need not be unduly restricted here. If people really want to buy this increasingly outdated technology, then regulations could easily allow each model of car to be sold with a choice of flood, pestilence, drought or fire damage decor.

The car companies would no doubt protest, as did the tobacco firms before them. But the larger public health concerns are much more important than automobile producers’ business plans.

While these practical measures alone won’t alone solve the climate change problem, they would surely help people focus on the need to move rapidly away from internal combustion engines and towards a safer and more healthy world.