The Kyoto Protocol - Battlefield of Hegemonic Struggles in World Politics

It seems that the European Union (EU) has lost the fight with George W. Bush. By Hermann E. Ott 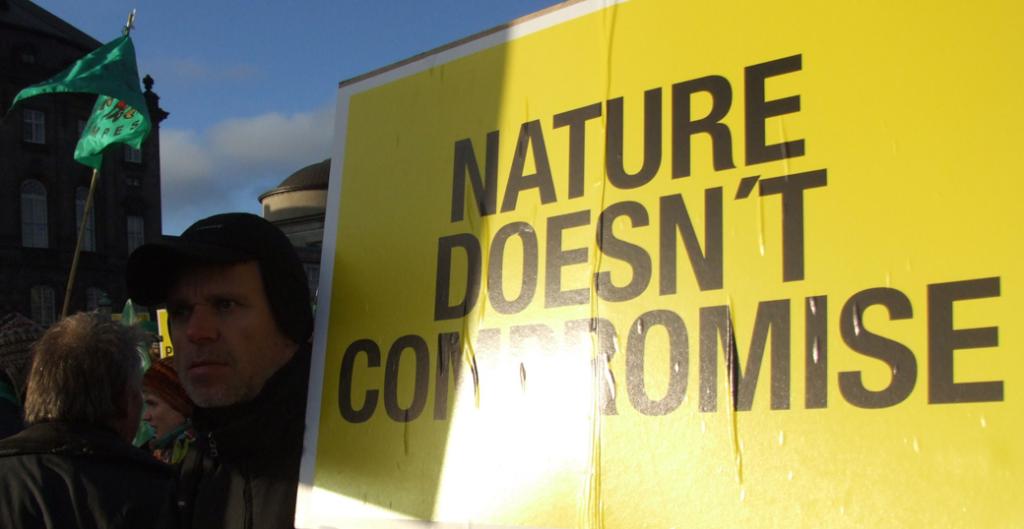 It seems that the European Union (EU) has lost the fight with George W. Bush. No, I am not referring to the Transatlantic struggle over the legitimacy of the war in Iraq and over UN supremacy in rebuilding the devastated country. I am talking about the battle over the right answer to the climate crisis. Now that Russian President Putin has missed the opportunity of the Moscow World Climate Change Conference to forward the ratification bill to the Russian Parliament, prospects for the Kyoto Protocol to enter into force have worsened considerably.

This is a victory for President Bush and shows that the US still knows to play the power game of international politics much better than the fledgling Union. Good intentions are all very well, but when it comes to make-it-or-break-it decisions at the highest political level, it is hard currency that counts (not only, but also financially). Apparently the prospect of increasing energy exports to the United States (US) has a much greater appeal for the Russian government than the few million Euros the EU was willing to provide to support Russian implementation of the Protocol.

So what are the prospects for the Kyoto Protocol and what should be done?

First, the Protocol is in a critical condition but not yet dead. There is still time for a concerted effort by the EU, Canada and Japan to provide guarantees to Russia for the purchase of emission certificates, as demanded by Russia’s deputy economics minister Mukhamed Tsikanov in July 2003. Leading Russian circles are not expecting that after the retreat of the US the demand for certificates will generate the several billion Euros estimated by some experts. This is on the one hand a rather refreshing signal: apparently Russia is taking the Union’s efforts seriously - and came to the conclusion that Europe will reach its target and thus need not buy emission certificates abroad. However, this very success might paradoxically sound the death knell for the Kyoto Protocol.

Second, the Ninth Conference of the Parties (CoP-9) to the UNFCCC in Milan must provide a clear signal that those countries having ratified the Protocol (and others that intend to do so) will act as if it had already entered into force. Only a strongly worded declaration will do, confirming the commitment to implement the Kyoto targets domestically and to work towards its entry into force.

Third, some serious thoughts will have to be devoted to "Plan B", should the Protocol not enter into force. On the political side, the "friends of the Kyoto Protocol" must begin to discuss in Milan and eventually agree in 2004 on a strategy to rescue a process that has taken more than ten years of intense negotiations. Alternatives to the Protocol cannot be a taboo anymore. This is a very tricky issue, however, since opening up the negotiations might be like opening Pandora’s box and release all kinds of plagues and dangers.

On the legal side, options for the modification of the Kyoto Protocol to enable its entry into force should be explored. International law provides means for changing a treaty among interested Parties, as long as the rights of other Parties are not affected. This avenue would have the distinct advantage of preserving the essence of the Protocol and avoid gruesome diplomatic battles over the contents of the new treaty. This will furthermore send a clear signal to Russia not to overstretch its grip on international climate policy.

Fourth, the friends of the Kyoto Protocol must seek support and build a strong alliance to protect the climate system. On the part of the EU, this would involve a conscious move towards developing countries in order to remedy the alienation that lasts from CoP-8 in New Delhi last year. Adaptation will be the most crucial issue for many developing countries and the Union, Japan and Canada should realise that they have a duty to support vulnerable countries in their efforts to grapple with the impacts of climate change – besides of supporting mitigation activities in the more advanced developing countries.

The US will be prepared to drive as many wedges as necessary between the EU and developing countries. The latter should realise that it is in their vital interest to revive the "Green Group" that has led to the Berlin Mandate and later saved the Kyoto Protocol from the failure in The Hague. Acting against the hegemon is necessarily an uphill battle, but without an alternative if the US refuses to lead on an issue of life and death for many million people. The world order of the 21st century is being shaped right now and climate policy is one of its battlefields.

Hermann E. Ott is with the Wuppertal Institute for Climate, Environment and Energy