The rebuttals all around 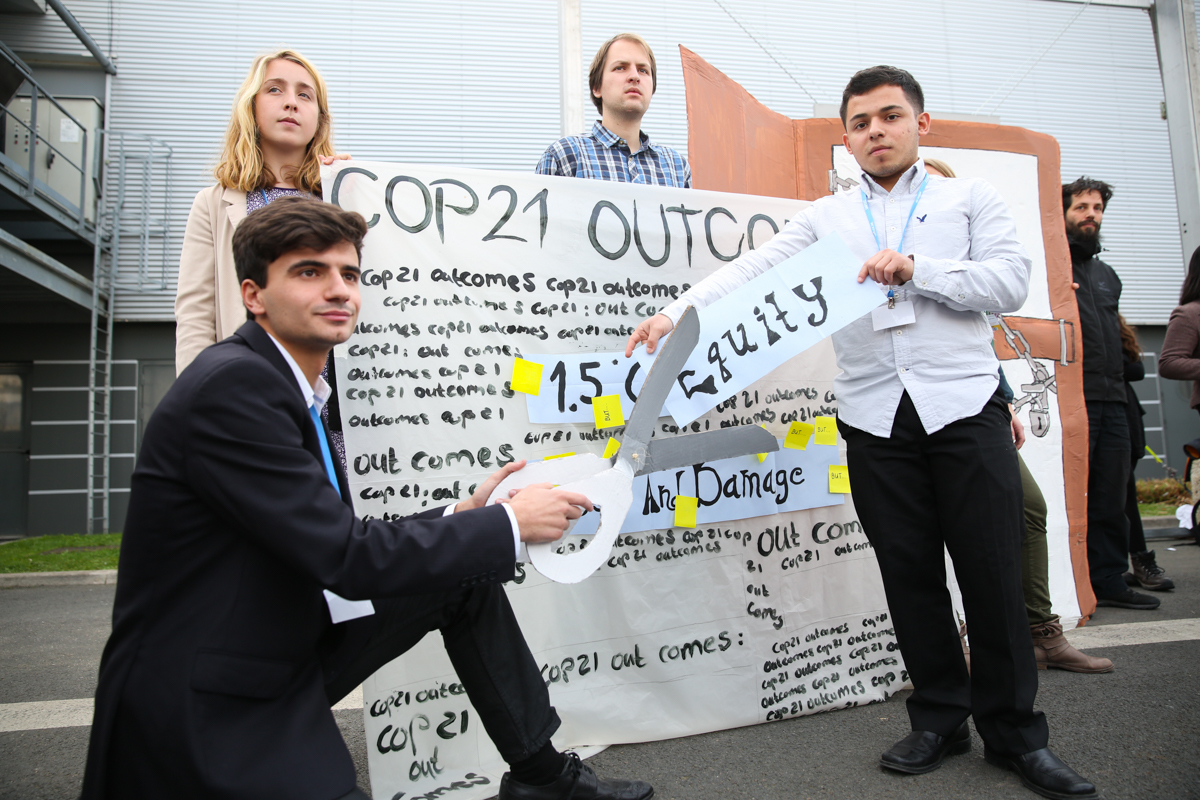 The climate negotiations or COP21 has entered its second week but there has been no let down in the rhetoric. One the first day of the fresh week, the developed and the developing countries stood by their positions on issues from finance to transparency and accountability of mitigation targets.

Adding to this sentiment of the developed countries, Special Envoy on Climate Change from United States, Todd Sterns spelt their position. “Developing countries would have to follow the same process for measuring the inventory of emissions, actions taken and the process of review that the developed nations have to adhere to, he said.

In a press briefing India’s environment Minister, Prakash Javadekar said that India is ready to accept the long term temperature goal of 1.5 degree C, if there is fair share of carbon space among the countries based on equity, common but differentiated responsibility (CBDR).”

Climate finance is one of the most contentious issues in these negotiations. The phrase “in a position to do so” which is part of the finance text and is used to include developing countries in the climate finance  regime,  was said several times by Cañete in his press conference. “Many developing countries have had levels of growth and financial development in the time between Kyoto and today. Every country in a position to do should support the poorest countries since the Paris agreement would last the entire century,” he said.

Stern, however, was not attached to the terminology. “US is flexible on the term ‘in a position to do so’ if there are expansion of donor base on voluntary basis,” he added. Both US and EU assured that the developed world would not reduce their commitment for the US$ 100 billion of climate finance per year by 2020, but expected developing countries to also chip into this kitty.

However, Stern also said  that the $100 billion is a political commitment not a legal commitment.

Javedekar, on the same lines, urged the developed countries to fulfill the mandate of 100 billion USD by 2020. He made it clear “there has been bilateral climate support from India to many countries including Nepal, Bhutan, Sri Lanka and several African countries in its own capacity and climate action but that does not come under the 100 billion USD.” He added that US$100 billion is little compared to the actual cost of low carbon development, but this is a token of good faith on the part of the developed countries.

Technology transfer is an equally important issue for India. “There should be ease of transfer in a manner that the developing countries can afford to pay for the technology while ensuring that the patents and intellectual property rights are not being ignored,” Javadekar, added.

Javadekar also addressed the increasing pressure by the developed countries on India in reducing the coal consumption and stressed the importance of India’s ambitious renewable energy targets. “We are increasing our renewable consumption by 7 folds in 2030. It will automatically reduce our coal consumption” he pointed out. He remarked that in absolute terms, western countries were using more coal than India. The same sentiment was stated by EU, Cañete explained “EU is responsible for 9% of the world emissions. China has emitted more than US and EU put together.”

The optimism was visible in all three parties and in the words of Carole Dieschbourg, President of the Council of Ministers for the Environment, EU “The nations in this week would be writing history and the world is depending on us to deliver a new agreement on climate change.”