Third heatwave of this summer hits Europe, may be prolonged but less intense than July 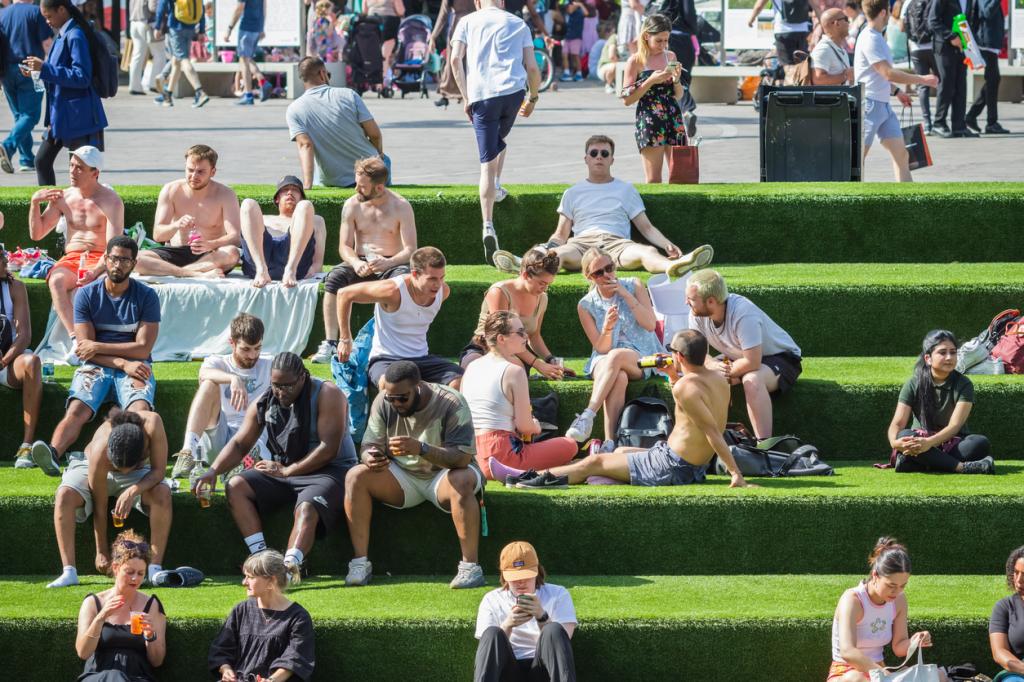 Heatwaves have swept western and northern Europe since the beginning of June and are predicted to continue through this week, according to the countries’ national weather forecasters.

Temperatures are projected to stay above 30 degrees Celsius, with the maximum reaching 38°C in some countries, in what is perhaps the most prolonged and intense summer heat spell in the continent.

Parts of Europe are experiencing droughts, wildfires and even loss of lives due to the weather anomaly, which has been recently linked to climate change by experts. Reports of melting roads and railway tracks were also reported in areas of the continent, which is not used to such long periods of high temperatures.

Read more: Simultaneous heatwaves across 5 continents: What’s unfolding in front of us

The heatwave that began in August is the third to hit European countries this summer. In some places, the heat event is going to be longer this month than in July, but the maximum temperatures are expected to remain lower, according to meteorologists.

Residents of France and Spain, for instance, witnessed temperatures over 40°C during the second heatwave in mid-July, which was the most intense of the three so far. This time, the maximum temperatures across the continent are expected to stay around 38°C between Wednesday and Saturday, according to a report in The Guardian.

The heatwave was also seen to be affecting central Europe now, after scorching Portugal, Spain and Italy first, and then moving north towards France and the United Kingdom over the last two months.

As many as 15 European countries have had sweltering days since June. These include Andorra, Croatia, France, Germany, Ireland, Italy, Netherlands, Norway, Poland, Portugal, Slovakia, Slovenia, Spain, Switzerland and the UK.

The mercury touched 47°C in Pinhão, Portugal on July 14, 2022 — the highest temperature among countries in Europe affected by heatwaves this summer.

The impact of the historic, unrelenting heatwave on the continent has been widespread and interlinked. For many of the countries, the heatwaves overlapped with drought conditions.

Almost half of the territory in EU and UK is at risk of droughts, the European Commission’s Joint Research Centre had alerted in July based on a scientific study.

“Around 45 per cent of European Union land is exposed to warning levels (soil moisture deficit) and 15 per cent is under alert,” a report in The Guardian published August 8, 2022 noted, citing the EU European Drought Observatory.

Rainfall deficit was recorded in the months preceding summer heatwaves in many parts of the continent, contributing to the crisis. This is mainly the case in France, Spain and Italy, where water reserves are at an all-time low and depleting fast, according to The Guardian report.

France is going through the worst drought in its record, with massive drinking water shortage in several areas, according to Prime Minister Élisabeth Borne.

Soil in most of the country has been driest in history, indicating the possibility of massive crop damage. This could drive up prices of vegetables, grains and milk in the country that is already reeling from a food shortage due to Russia’s invasion of Ukraine.

In Italy, apart from affecting agriculture, the extreme heat conditions have dried up waterways, affecting supply of food and essentials.

Spain, which exports half of the olive oil used globally, has reported a massive dent in olive harvest. In affected areas, production will less than 20 per cent of the five-year average, according to the Agence France-Presse, a French news agency.

Wildfires have only worsened this crisis, parching grasslands, forests and vegetation over the second-largest area in history, according to media reports. This is when there are still some months left of the region’s usual fire season.

The toll of Europe’s extreme heat conditions had crossed 1,500 by the third week of July and media reports have suggested this is an underestimate.

The number of excess deaths also rose by several thousand during the July heatwave, according to an analysis done by Politico, a global policy and politics news organisation.

Ripples of the crisis have hit tourism in the region, even parts of country that heavily rely on the sector.

The unprecedented, severe conditions have been linked to climate change by experts in much of the continent but denialism is high. Forecasters have received backlash and been trolled online for being alarmist and citing climate crisis as the reason behind soaring temperatures.