Europe, US might see desert-like changes due to current heatwaves, authors suggest 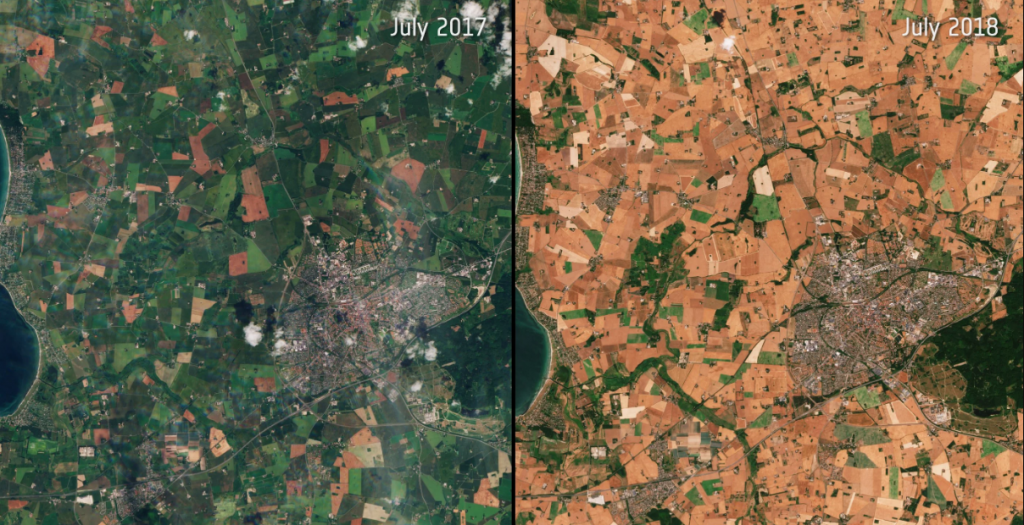 Heatwaves and droughts can change the rules of wet regions, causing them to adopt the processes prevalent in the dry areas of the world, a new study has suggested.

These findings suggest that desert-like changes could emerge in Europe and the United States, regions currently swept by heatwaves, the study’s authors told Down To Earth.

In the summer of 2018, much of Europe experienced a severe drought and heatwave.

The events set off desert-like processes in wet nations such as Denmark, the study published in Nature Ecology and Evolution noted.

Read more: Simultaneous heatwaves across 5 continents: What’s unfolding in front of us

“We anticipate that drying and warming from climate change will cause ‘dryland mechanisms’ to occur more frequently outside of drylands,” Heather Throop, the study’s co-author from Arizona State University, told DTE.

Dryland mechanisms are processes that predominately occur in drylands, including arid and semi-arid ecosystems, the researchers highlighted.

“These ‘dryland mechanisms’ affect fundamental processes that control life in drylands — like the cycling of carbon and nutrients and the patterns by which water moves through the systems,” Throop said.

“The rules of life in drylands were considered until now unique to regions such as ours in Israel,” Jose Grünzweig of the Hebrew University of Jerusalem told DTE.

He said this study could prompt people to look for unprecedented emergence of the dryland mechanisms in response to climate change in their backyard.

The researchers combed through previous studies to find clues on dryland mechanisms in wetter and temperate regions.

They also analysed published data from remote sensing and climate models to understand how these mechanisms operate in regions with no water limitations.

Dryland mechanisms are expected to strike when soil water content drops below roughly 25-35 per cent and soil temperature above approximately 25-50°C, the study observed.

Their analysis outlined 12 dryland mechanisms operating in wetter regions after a drought or a heatwave.

One mechanism is the passive movement of soil water from moist to dry soil layers via the plant roots, traversing wet and dry areas.

Another mechanism restricted mostly to drylands are degradation of plant litter.

“The list of 12 dryland mechanisms is not finite,” Grünzweig said, adding that more can be added to this list.

Some dryland mechanisms, Throop explained, are likely to occur in response to short-term drought and others due to longer-term changes.

The researchers speculate that dryland mechanisms are not merely restricted to temperate zones.

Moisture limitation is the primary factor that will trigger the emergence of dryland mechanisms, Throop said. Tropical regions are also likely to be affected, especially during dry seasons.

The researchers cautioned that these changes are likely to happen in regions supporting large human populations.

“We will need continued research and monitoring on ecosystem functioning under increasing frequency and severity of droughts and heatwaves to improve our understanding of the underlying emergent processes,” Throop said in a statement.

The researchers call for increased monitoring of ecosystems’ functioning in the wake of climate change.

They plan to look for signs of dryland mechanisms in the aftermath of the recent heatwaves in Europe and North America.