This bio-brick can help cut pollution

Researchers from Indian Institute of Technology Hyderabad and KIIT School of Architecture, Bhubaneshwar, have developed bricks from agricultural waste products 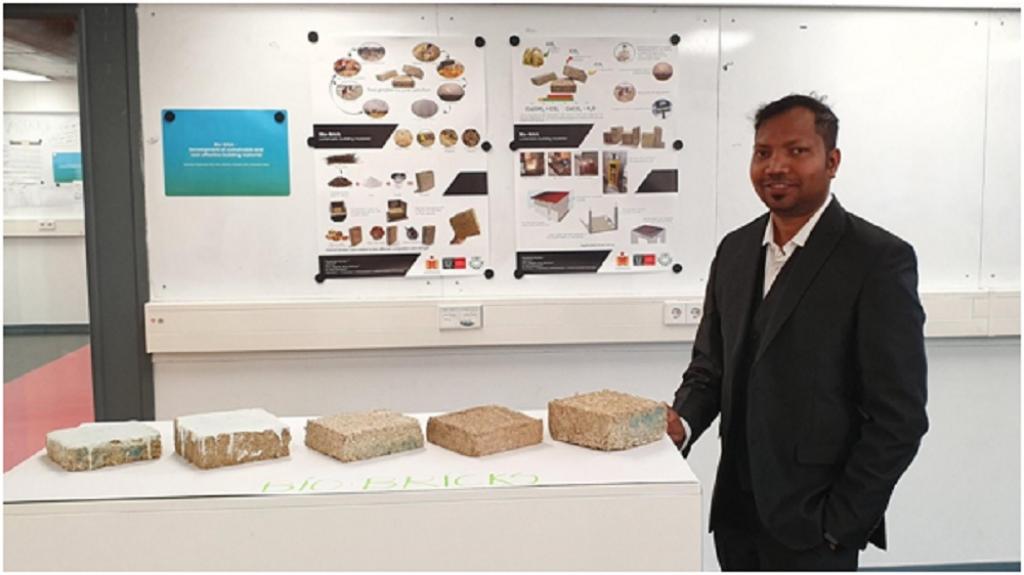 Traditional brick kilns dotting countryside are a source of air pollution, though they are essential for supplying bricks to the country’s growing construction industry. Another source of pollution is burning of crop stubbles or agro-waste. A new type of brick — made from bio-waste — promises to address both the problems.

Researchers from Indian Institute of Technology Hyderabad and KIIT School of Architecture, Bhubaneshwar, have developed bricks from agricultural waste products. They have developed a process to use dry waste like paddy straws, wheat straws and sugarcane bagasse to make bricks. It involves chopping the waste to desired size and adding it to lime-based slurry to make homogenous mixture. The mixture is poured into moulds and rammed with a wooden block to make a compact brick.

These moulds are left to dry for a day or two, after which the sides of the moulds are removed, and the brick is allowed to dry for fifteen to twenty days. It takes almost month for the bricks to attain working strength by air drying.

However, researchers said, bio-bricks are not as strong as burnt clay bricks and cannot be used directly to build load-bearing structures, but they can find use in low-cost housing in combination with wooden or metal structural framework. In addition, these bricks can bricks provide insulation against heat and sound and help in maintaining humidity of the buildings.

“This material can also be used for making panel boards or insulation boards. We hope designers could explore such applications for this sustainable material,” researchers Priyabrata Rautray and Avik Roy observed in their study presented recently at the International Conference on Engineering Design.

The researchers said the new material is eco-friendly and sustainable. The team used 900 grams of sugarcane bagasse to make a single block. Burning this amount of the waste bagasse instead of repurposing it, would have released 639 grams of carbon dioxide. Not only can such much carbon be prevented from getting released in the environment, lime used in each brick absorbs 322.2 grams carbon dioxide from the air during curing, which makes it a carbon-negative or environmentally sustainable. (India Science Wire)