Time for China and Europe to lead, as Trump dumps the Paris climate deal 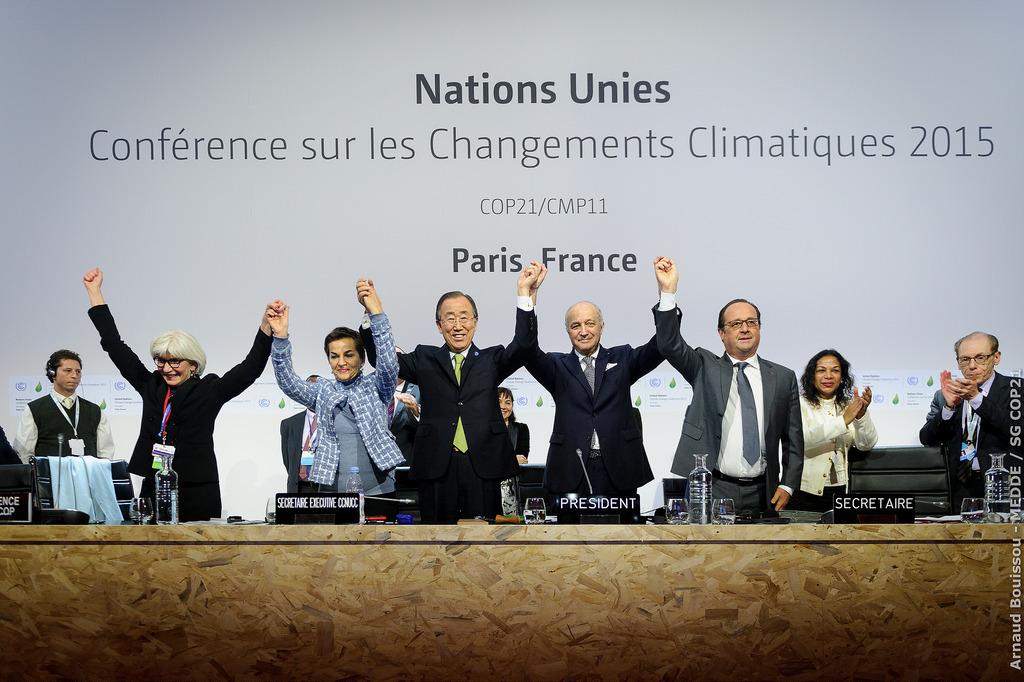 China and Europe have agreed to forge ahead and lead a clean energy transition. Credit: COP PARIS / Flickr

President Donald Trump’s announcement overnight that he will withdraw the United States from the Paris climate agreement comes as no surprise. After all, this is the man who famously claimed that climate change was a hoax created by the Chinese.

While it will take around four years for the US to withdraw, the prospect is complicated by Trump’s claim that he wants to renegotiate the agreement – a proposal that European leaders were quick to dismiss. But the question now is who will lead global climate action in the US’ absence?

As I have previously argued on The Conversation, there are good reasons for China and Europe to come together and form a powerful bloc to lead international efforts to reduce greenhouse gas emissions.

China is now the world’s number-one energy consumer and greenhouse gas emitter, and should it combine forces with Europe it has the potential to lead the world and prevent other nations from following the US down the path of inaction.

There are very early signs that this may be happening. Reports this week indicate that Beijing and Brussels have already agreed on measures to accelerate action on climate change, in line with Paris climate agreement.

According to a statement to be released today, China and Europe have agreed to forge ahead and lead a clean energy transition.

While it is too early to predict how Chinese and European leadership will manifest in practice, in the face of American obstruction they are arguably the world’s best hope, if not its only hope.

Trump’s announcement only reaffirms his antipathy towards climate action, and that of his Republican Party, which for decades has led attempts to scuttle efforts to reduce emissions at home and abroad. Let’s not forget that it was President George W. Bush who walked away from the Kyoto Protocol.

In just the few short months of his incumbency so far, Trump has halted a series of initiatives executed by President Barack Obama to address climate change. These include taking steps to:

This remains the real problem, regardless of whether the US is inside the Paris climate agreement or outside it. As the planet’s second-largest emitter of greenhouse gases, what the US does domestically on climate change matters a great deal.

As a result, if China and Europe are to lead the world in the US’ absence, not only will they have to ensure that other nations, such as Australia, do not follow the US – and some members of the government hope they do – but they are also going to have to think creatively about measures that could force the US to act differently at home. For example, some leaders have already mooted introducing a carbon tax on US imports, though such proposals remain complicated.

In the meantime, while these political battles play out around the world, climate scientists are left to count the rising cost of inaction, be it the bleaching of coral reefs or increasing droughts, fires and floods.

If only it were all a hoax.