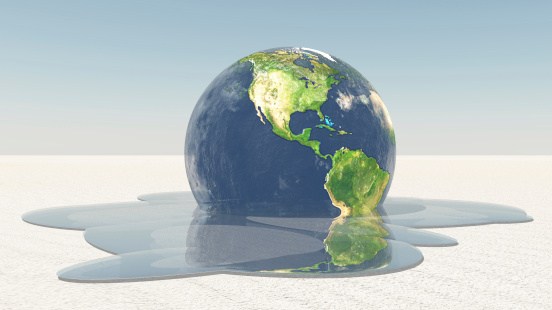 An average of US $2.5 trillion, or 1.8 per cent of the world’s financial assets would be at risk from impacts of climate change if global mean surface temperature rises by 2.5°C above pre-industrial level by 2100, according to a new paper by researchers at the Grantham Research Institute on Climate Change and the Environment at the London School of Economics and Political Science and Vivid Economics, which is published in “Nature Climate Change”.

The authors of the paper, Simon Dietz, Alex Bowen, Charlie Dixon and Philip Gradwell, however added that there is a one per cent chance that warming of 2.5°C could threaten $24 trillion, or 16.9 per cent of global financial assets in 2100 due to uncertainties.

The lead author on the paper, Professor Simon Dietz, said, “Our results may surprise investors, but they will not surprise many economists working on climate change because economic models have over the past few years been generating increasingly pessimistic estimates of the impacts of global warming on future economic growth. But we also found that cutting greenhouse gases to limit global warming to no more than 2°C substantially reduces the climate value at risk, particularly the tail risk of big losses.”

The authors found that even when the costs of reducing greenhouse gas emissions to limit warming to 2°C was factored in, average value of global financial assets would be $315 billion, or 0.2 percentage points.

He added, “Our research shows why climate change should be an important issue for all long-term investors, such as pension funds, as well as financial regulators concerned about the potential for asset-price corrections due to awareness of climate risks.”