Trump calls Paris Agreement ‘unfair’, but how fair is his claim? 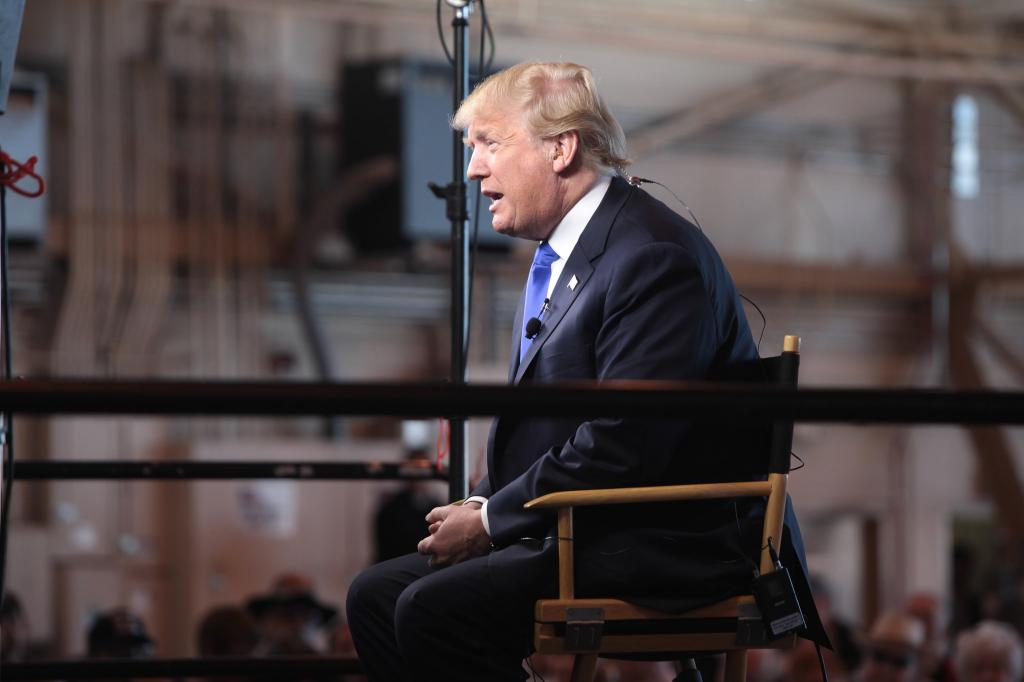 On Thursday (June 1) afternoon, in Washington, US President Donald Trump declared his decision to pull the US out of the Paris Agreement. Keeping his promise from a boisterous election campaign in 2016, the “leader of the free world” called into question the efficacy of any kind of global action against climate change and denounced the deal that is to set the path for the future of the economy, and arguably, the planet.

Trump’s main grouse with the Paris Agreement was with what he perceives as unfair limitations put on American businesses that would lead to joblessness and unemployment. The current administration believes that the climate deal is simply a “redistribution of US wealth” and a “transfer of jobs overseas.” In typical style, Trump aimed his shots at poor, heavily populated and developing nations such as India and China as countries that would be advantaged by the deal.

While Trump did mention the possibility of a renegotiation, European and world leaders were swift in putting out statements criticising the decision of the White House and endorsing support for the deal. Regardless, at the end of his address, Trump received a standing ovation from the crowd gathered at the White House Rose Garden, indicating some validity of his claims.

So, let’s take a look at what makes sense and what doesn’t in Trump’s address.

1. The Paris agreement would expose the US to “massive legal liabilities”

This statement is not only wrong but also exposes right at the beginning the level of illiteracy in the current administration regarding the Paris Agreement. While the adherence to the agreement is binding, there is no legal obligation to adhere to the commitments made by individual countries as a part of the agreement. There is no provision for penalty in the Paris Agreement, neither is there any mechanism for liabilities. In fact, withdrawal from the agreement might make the US more liable to lawsuits rather than sticking with it, even if it had done nothing to honour its Nationally Determined Contributions (NDCs).

2. China and India are allowed to increase emissions until 2030. India’s Participation remains contingent on billions and billions of dollars of aid.

Trump is partially right in this claim. China has no obligations to reduce emissions for the next 13 years. India, too, is increasing its capacity for thermal power and has made its participation in the climate deal conditional on the receipt of international aid from developed economies. Yet, Trump’s statement is only a half-truth since it is bizarre to put the US in the same brackets as either India or China. The US is historically the biggest emitter of greenhouse gases, total cumulative emissions by the US between 1913 and 2013 is more than double that of China and over 10 times that of India. While at current levels, China is the largest polluter, per capita levels of emissions paint a very different story. According to the latest data available with the World Bank, a comparison of per capita carbon emissions shows that the US (16.4 metric tonnes of CO2) is close to double that of India (1.7 metric tonnes of CO2) and China (7.6 metric tonnes of CO2) put together.

This gulf in development is the reason both India and China have been given the benefit of longer periods of transition to allow the economies to first mature and then transition. The US has no such reasoning for finding an agreement unacceptable when 193 other countries have found it acceptable.

But the most damning part about this comparison is while Trump did not shy away from vilifying poorer, more vulnerable countries for their “unfair advantages” and the “billions of dollars in aid,” he steered clear of mentioning how India and China have been performing in relation to their targets under the Paris Agreement. Even before the agreement is operationalised, current investment trends show that both India and China overshoot their targets of reductions in emission intensity of 33-35 per cent and 60-65 per cent respectively. However, the US falls behind their target of reducing emissions by 26-28 per cent by 2025 compared to 2005 levels.

Trump used numbers put out by a consulting firm National Economics Research Associates (NERA) in a report that was commissioned by the American Council for Capital Formation and the U S Chamber of Commerce. Both organisations have been criticised as apologists for polluting industries. The NERA’s numbers have been disputed by many, including oil producers like Exxon who have put their weight behind the Paris deal.

According to other separate analyses, the 2.7 million-figure is probably the worst case scenario that has been arrived at through “rigid” statistical formulation. Moreover, the report does not provide any information on potential gains from adhering to the Paris Agreement. Industry leaders have, in fact, argued that adhering to the Paris Agreement would probably be able to offset job losses completely in the form of job creation in renewable sector.

4. GDP losses for America would be US$ 3 trillion

Presumably, Trump used a report from the same consulting firm NERA for this claim. The NERA report, from March 2017, pegs the US$3 trillion-loss mark for the year 2040, beyond the scope of the Paris Agreement. In any case, the report created five scenarios to study the impact of different ways in which reduction programmes might be implemented. Under the fifth scenario that “layers regulatory measures on top of a cap-and-trade approach, a hybrid approach”, the losses are as modest as 2.2 per cent of the GDP at 2040. A November 2016 report suggests that early implementation of a carbon tax would help keep economic cost of the deal at a moderate level.

5. A 3-4 per cent growth rate expected, all forms of energy would be required including clean coal. But the US will not step away from its high standards of environmental safety.

The Paris Agreement neither puts any limit on growth, nor is it legally binding on the Parties to keep certain sources of energy untapped. The agreement is to slow down climate change and reduce emissions. While the claim of ‘clean’ coal has been questioned repeatedly, if indeed emission levels are low, there is no reason for the US to not invest in it.

6. Trump said, “Our government rushed to join international agreements where the United States pays the costs and bears the burdens while other countries get the benefit and pay nothing. This includes deals like the one-sided Paris climate accord, where the United States pays billions of dollars while China, Russia and India have contributed and will contribute nothing… The US has contributed US$ 1 billion to the fund…nobody even knows where the money is going to.”

The Global Climate Fund (GCF) was operationalised in 2015 and was set up by the UN to facilitate finance flows from multilateral sources and industrialised countries to fund mitigation and adaptation programmes in developing nations. This is the reason why Russia, China and India are exempt from contributing to the fund. In reality, the US is the largest contributor among the 37 states that finance the fund. According to the latest figures, the US has already disbursed $1 billion of its commitment of $3 billion, which is about one-third of the total financial commitments from all countries.

But the second part of the statement, “nobody even knows where the money is going to” is false. The GCF website details both recipient and donor details. Interestingly, US contributions only took off in the years of the Obama administration and there has been a steady decline in the climate funds being routed to India in the last six years or so. In fact, a close look at the contributions reveals that American aid flows disproportionately to countries that are of strategic importance to the US’ geopolitical aspirations or countries that have an American military presence.

While Trump seems to have sold his decision as being “America First” to his voter base, it is not as apparent when one considers the half-truths and exaggerations he has used.