Industrialised countries want to have the cake and eat it too. President Carlos Menem delivered it to them on a silver platter by agreeing to take on voluntary commitments for Argentina. 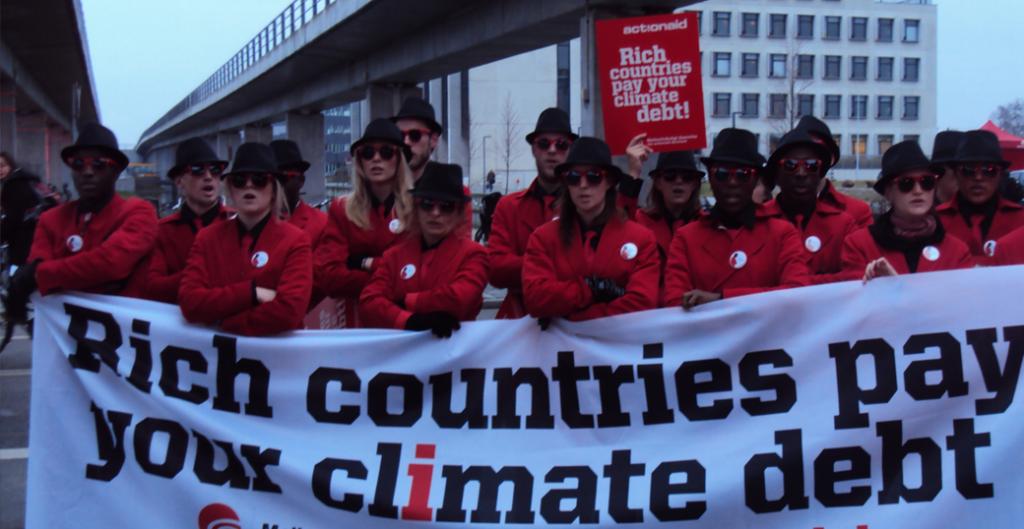 Industrialised countries want to have the cake and eat it too. President Carlos Menem delivered it to them on a silver platter by agreeing to take on voluntary commitments for Argentina.

The climate change battle, it seems, will be won on the backs of developing countries. The United States is holding the world hostage by demanding commitments from developing countries a prerequisite to action. Some may find this audacious, coming from a country which is responsible for two thirds of the total carbon emissions, and has shown very little inclination to do anything about it. But others, like Argentina, are willing to become party to it.

Ever since the US started chanting the meaningful participation mantra in Kyoto, they have worked hard at eroding the principle of common but differentiated responsibilities, which represents one of the few battles won by the South in the climate negotiations. They found their first ally in the President of the host nation, Carlos Menem, who has announced Argentina’s intention to take on a commitment to lower emissions for the period 2008 to 2012.

The US was quick in showering praise on Menem for the "bold step towards a healthier, more sustainable future" (which, by the way, the world has been waiting for US to take), and uphold it as a model for other countries. This comes as no surprise. Goaded on by domestic business interests, the United States has started laying down conditionalities even before keeping their part of the bargain. A letter from an American business organisation called the Business Roundtable, the US President’s Climate Change Coordinator, Stuart Eizenstat, spells it out clearly: Limited involvement by developing countries is not sufficient. Developing countries must assume binding obligations in the same compliance period as Annex I countries to avoid carbon leakage and significant damage to the US trade and competitiveness.

While Argentina’a announcement will provide the Industrialised countries the leverage they need to insist that other developing countries come on board before they ratify the protocol, it will take the convention several steps backwards on the vital issue of equity, which the US is eager to thrust out of sight. Developing countries were being gracious when they agreed to the common but differentiated principle instead of pushing for the polluter pays principle. But this does not mean that they are willing to freeze a global order where the per capita luxury emissions of a single American citizen is equal to the emissions of 25 Indians, 32 Pakistanis, 42 Maldivians, 85 Sri Lankans, 125 Bangladeshis, 250 Bhutanese and 500 Nepalis.

While it is understandable why countries such as Argentina might given to the economic might of the US, the position taken by some American and European NGOs came as a shock, as they came out in support for Memen’s announcement. Their role seems to have increasingly become to fight for what the US government wants rather than push them to meet their commitments, or insist on an equitable framework for the convention.