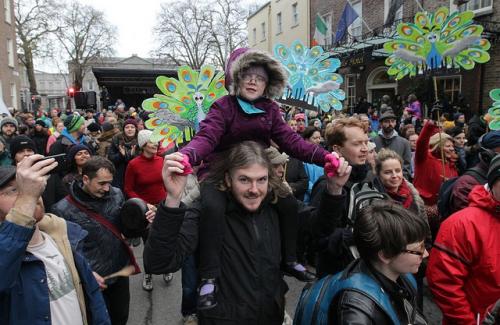 Amidst the growing uncertainty over the US’ involvement in the Paris Agreement, Rick Perry, who serves as the US energy secretary, called for continued engagement with the Paris climate deal on renegotiated terms.

Speaking during the energy finance event on Tuesday in New York, Perry said, “I’m not going to say tell the president of the United States let's just walk away from the Paris accord, but what I’m going to say is that I think we probably should renegotiate it.”

Perry, however, did not elaborate on what “renegotiate” meant in terms of the Paris Agreement. With the remark, Perry joins the lobby, which also includes Rex Tillerson, that the US should stay in the Paris Agreement and not abandon it.

Perry also questioned the roles of Germany and France in reducing emissions in the wake of rising greenhouse gases by both the countries last year. He lauded the role of the US and China for being responsible actors in addressing climate change.

It may be recalled that ahead of the Paris Agreement in 2015, both the US (under President Barack Obama) and China, the world’s two largest emitters, signed a deal which apportioned the remaining carbon budget of American and Chinese per capita emissions at 12 tonnes per capita by 2030.

However, the new Donald Trump administration comprises climate deniers. A few weeks ago, Trump’s executive order called for revoke, repeal and cancellation of any act, law or order that limits the development of domestic energy sources. Trump’s administration in fact stated “to put an end to war on coal” and is committed to re-fossilise its economy.

The US President’s climate decisions would have a fatal impact on its climate targets. The country has pledged to cut down its emissions by 26-28 per cent by 2025 against the 2005 levels, as part of its climate action plan. Even achievement of its modest 2020 targets of 17 per cent emission reduction seems highly questionable at this stage.

There is internal talk going on in the Trump administration whether to continue with the Paris Agreement or pull out of it. However, as things stand now, perhaps the US might stay in the Agreement. Even then, it can be expected that the US delegation would discourage and hamper progress in the climate regime. There are also apprehensions that other countries could decide on rolling back on their commitments or pulling out of the climate deal.

The energy department is the main agency for funding energy research and development. Under Obama, the department focused on making energy cleaner and emissions less, a mission that is largely absent in the current Trump administration.