US homes, businesses worth $1 trillion at flood risk

Climate change is making sea levels rise, which is putting 2.5 million properties along the coast at a risk of chronic flooding 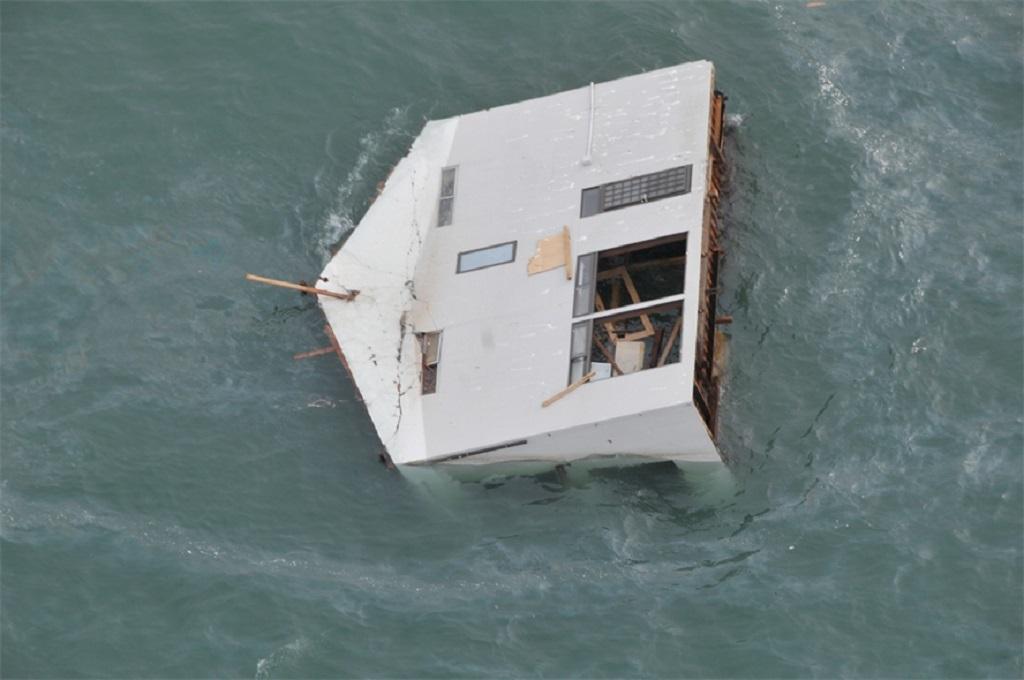 The UCS found that in the coming decades, properties along the lower 48 coastline are threatened by floods at an average of 26 times a year. Credit: US Air Force

Here is something to awaken those sleepy souls who think they don’t need to do their bit to curb climate change as it’s not hurting them personally. Rising sea levels has put 311,000 coastal homes in the US with a collective market value of about $117.5 billion today at risk of chronic flooding by 2045, says a report published on Monday by the Union of Concerned Scientists (UCS).

“In about 120 communities along US coasts, the properties that would be at risk in 2045 currently represent a full 20 per cent or more of the local property tax base, a crucial source of funding for schools, fire departments, law enforcement, infrastructure, and other public services,” says the report.

Moreover, as many as 14,000 commercial properties situated along the coast, worth $18.5 billion, face the same risk in the next 30 years. Of these, more than one-third are in Florida and New Jersey. This means, properties—residential and commercial—worth $1 trillion are at risk of being inundated.

The analysis uses property data from the online real estate company Zillow combined with a peer-reviewed methodology developed by UCS for assessing areas at risk of frequent flooding.

The UCS, after using three sea level rise scenarios developed by the National Oceanic and Atmospheric Administration (NOAA), found that in the coming decades, properties along the lower 48 coastline are threatened by floods at an average of 26 times a year and this is without the help of any major storms.

“What’s striking as we look along our coasts is that the significant risks of sea level rise to properties identified in our study often aren’t reflected in current home values in coastal real estate markets,” said Rachel Cleetus, an economist and policy director for the Climate and Energy Program at UCS, as well as a report co-author. “Unfortunately, in the years ahead many coastal communities will face declining property values as risk perceptions catch up with reality. In contrast with previous housing market crashes, values of properties chronically inundated due to sea level rise are unlikely to recover and will only continue to go further underwater, literally and figuratively.”

This won’t be the only consequence of the chronic flooding, as unlivable houses and falling tax revenues that fund schools, roads and emergency services in those places will also be part of the list of affects climate change will have in these areas. “For some communities, the potential hit to the local tax base could be staggering,” said Kristy Dahl, senior climate scientist at UCS and report co-author. “Some smaller, more rural communities may see 30, 50, or even 70 per cent of their property tax revenue at risk due to the number of chronically inundated homes.”

The bigger economic picture shows that all this will leave a dent on the economy too as loss to coastal property will affect banks, insurers, investors, and developers and give way to a widespread economic crisis.

“Actions today, especially the amount of global warming emissions we release, will help determine what our coasts will look like at the end of the century,” said Astrid Caldas, senior climate scientist at UCS and report co-author. “If we manage to meet the goals of the Paris Agreement by keeping warming to between 1.5 and 2 degrees Celsius and if ice loss is limited, 85 percent of all affected residential properties—valued at $782 billion today and currently accounting for more than $10.4 billion in annual property tax revenue to municipal governments—could avoid chronic flooding this century. The longer we wait to drastically reduce emissions, the less likely it is that we will achieve this outcome.”