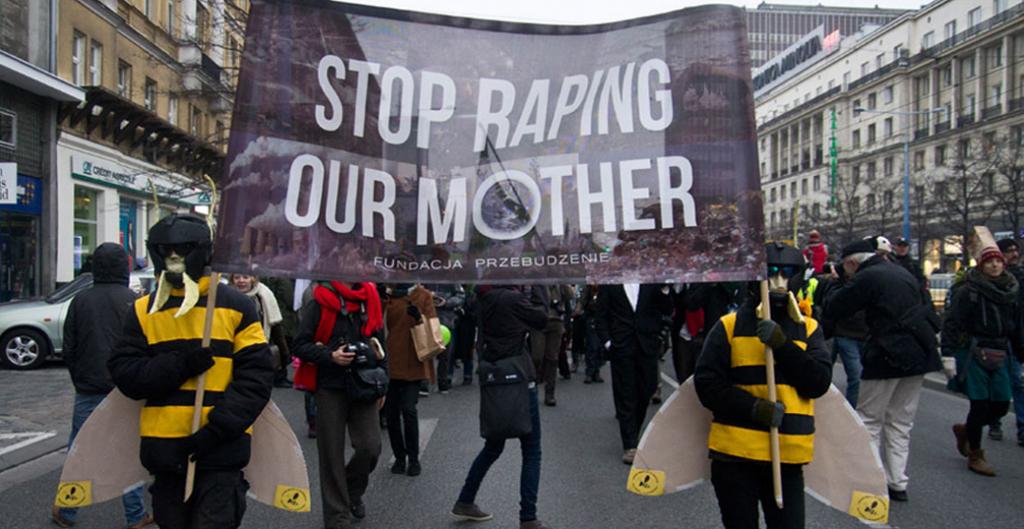 To break for 15 minutes to find an alternative word.

Nepal on behalf says that the word 'under' should get out of the way. Nicaragua also agrees.

17.36 PM EU has aproached this issue in a pragmatic spirit to get this issue going forward with the urgency deservs. One word can mean lot. But we can also overcome disagreement. my experts tell me that this could be tackled. A sollution should be found here.

Loss and damage is far beyond adaptation says Bangladesh. If we can collapse that one word (under), we can build a monument right here is Warsaw. We have reservation in Para 3,4,15 but we can give concession in these paragraph if we delete the word under.

Draft Decision of SBI on loss and damage is under discussion. Fiji representing G77+China says that they are not happy with the text because of the word 'under,' in the first paragraph of the text. COP presidency gives 15 miuntes to find an alternative word. Phillipines say it cares loss and damage very dearly. We will not go empty-handed. We accpet every single letter in this text. One word that stands between us. Preambular paragraphs explain difference adatation and losses and damage. But in Para 1, the draft decision mentions loss and damage as under Cancun Adaptation Process. Philippines says this is unacceptable. It has boiled down to one word. Let us take that bold step and get that one word out of the way.

ADP session ends sooner than expected. Compromised text adopted. India manages to get a watered down ammendment, looks more like a pledge and review system rather than firm commitments. Distincton between developed and developing watered down. Annexes removed.

Developing countries have the same complaint, little take away from current ADP draft. Bolivia says although every country will have commitments 1.5 years is a very short time. Co-Chair asks India, Bolivia, Singapore to the front. These countries have sought amendments to the Chairs ADP text. ADP session to restart in 30 minutes.

Philippines reminds chair that ADP has to be rooted under the Convention.

Co-chair says that India's proposal did not have any consensus. The ADP text currenly discussed is also not a consensus text.

China says lot of problems with the text. Finance including $100 billion mobilization not known.

China is talking on similar lines as India. Ambition, finance pre-2020 mitigation targets. Article 2b of ADP text is a problem. Requires insertion in accordance of article 4 of the convention. ADP is all about enhanced action.

India says lots of problems with the ADP text. Many of the proposls suggested have not been incorporated. Article 2b is still a problem. No special conditions for developed countries.Article 3 of the text very weak. At least 40 per cent mitigation for 1990 levels for developed countries. No finance roadmap.  Sense of urgency missing. The text also does not consensus. Seeks an ammendment in the text.

Chair anounces close of informal planery says that the formal ADP planery is to start immediately.

China wants numbers on finance in support of the G77.

Philippines and China say more need to be done with finance. Philippines says that all the compromises that were made in finance have been deleted. The text is unbalanced and sees US's position on finance as a threat.

Developed  countries are not on the same page. Canada ready to accept text but United States has problems with the financial mechanism.

The pattern is getting clear. Developing countries do not want this text to be adopted. They say that it is an informal plenary. The text cannot be adopted here.

COP president Korlec says that a number of issue with the text needs to be solved. The parties should kee a positive approach.

Most developing countries who have spoken  say that more time required to discuss this text.

Bolivia too supports G77+China. Says that very concerned  with the text. Text on Finance is very unclear. No road map and no numbers. Developing countries want to mitigate, but there are no clear signals. Totally unacceptable the Bolivian delegate says. Paragrapg 6 of of the text a major concern. This conference is not about mobilizing private money but instead public money.

EU says that the ADP text is a balanced package. Because of paucity of time we must learn to live with this package.

Developing countries slam new draft. Bangladesh says it has no idea what Loss and Damage mechanism is. Says that the text is not very concrete. Nicaragua says that Long Term Finance is core issue for developing countries. Says public fund should be continued. Require at least $70 billion by 2016.

ADP co chairs  present with the new text. They say that parties views are reflected in the text. FIJI on behalf of G77+China say that the text is frustrating, The text is a dissapointment there is a long day ahead.

Informal COP Plenary about to begin.

Informal COP plenary. Loss and Damage text to be issued soon. Text on Response Measures to be made available soon. ADP Plenary yet to begin, new text available. After all documents available, meeting will reconvene at 9 am.

ADP Plenary has not started. Plenary on finance about to begin. Waiting for negotiators. US and EU negotiators are by the cafe, engaged in conversation. Question on everyone's mind: Will Warsaw deliver anything substantial? Hope against hope.